Named after the Roman god of the underworld, Pluto’s Cave was once a 1,200-foot-long lava tube formed by an eruption of basaltic lava. 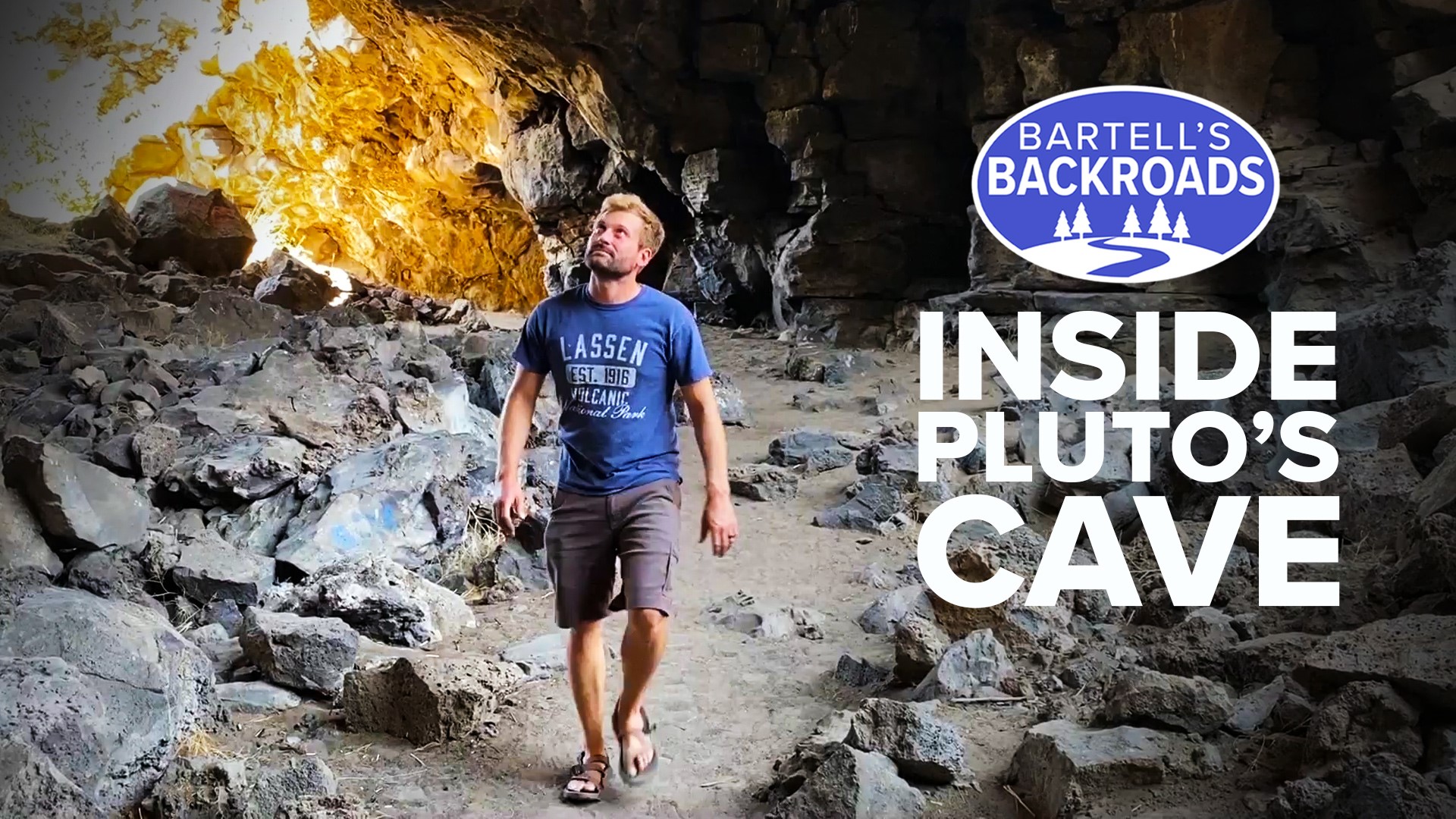 WEED, Calif. — It’s the lava tube named after the Roman god of the underworld. Pluto’s Cave is located in Siskiyou County. The trailhead is not far off Highway 97 just seven miles from the town of Weed California.

The quarter mile hike is pretty easy and rarely crowded. It also offers a great view of Mount Shasta.

From the top, Pluto’s Cave looks like a hole in the ground, but once you reach the bottom you get a good look at the multiple entrances. It was once a 1,200-foot-long lava tub formed by an eruption of basaltic lava.

At some point in its early history, parts of the lava tube caved in, exposing the inside and allowing early cattle ranchers to discover the rocky innards. Inside the lava tube, the temperature drops and it gets eerily quiet. I didn’t see any bats on this trip, but a sign outside says they live here.

It's estimated the caves formed 190,000 years ago after lava oozed over the landscape. Once the outer edges of lava cooled the it hardened, then the inner lava drained out leaving hollow tube. The open portions of the cave support a variety of plants and animals.

This is also a sacred area where Native Americans took refuge. Even naturalist John Muir once visited this area. Unfortunately, many cave walls are covered in graffiti.

Pluto’s Cave is just one of Siskiyou County’s many natural wonders and visiting won’t cost you a thing so make sure you respect it and leave no trace.