June, Jupiter and a journey, Bartell takes us on the backroads to find the best place to go stargazing. 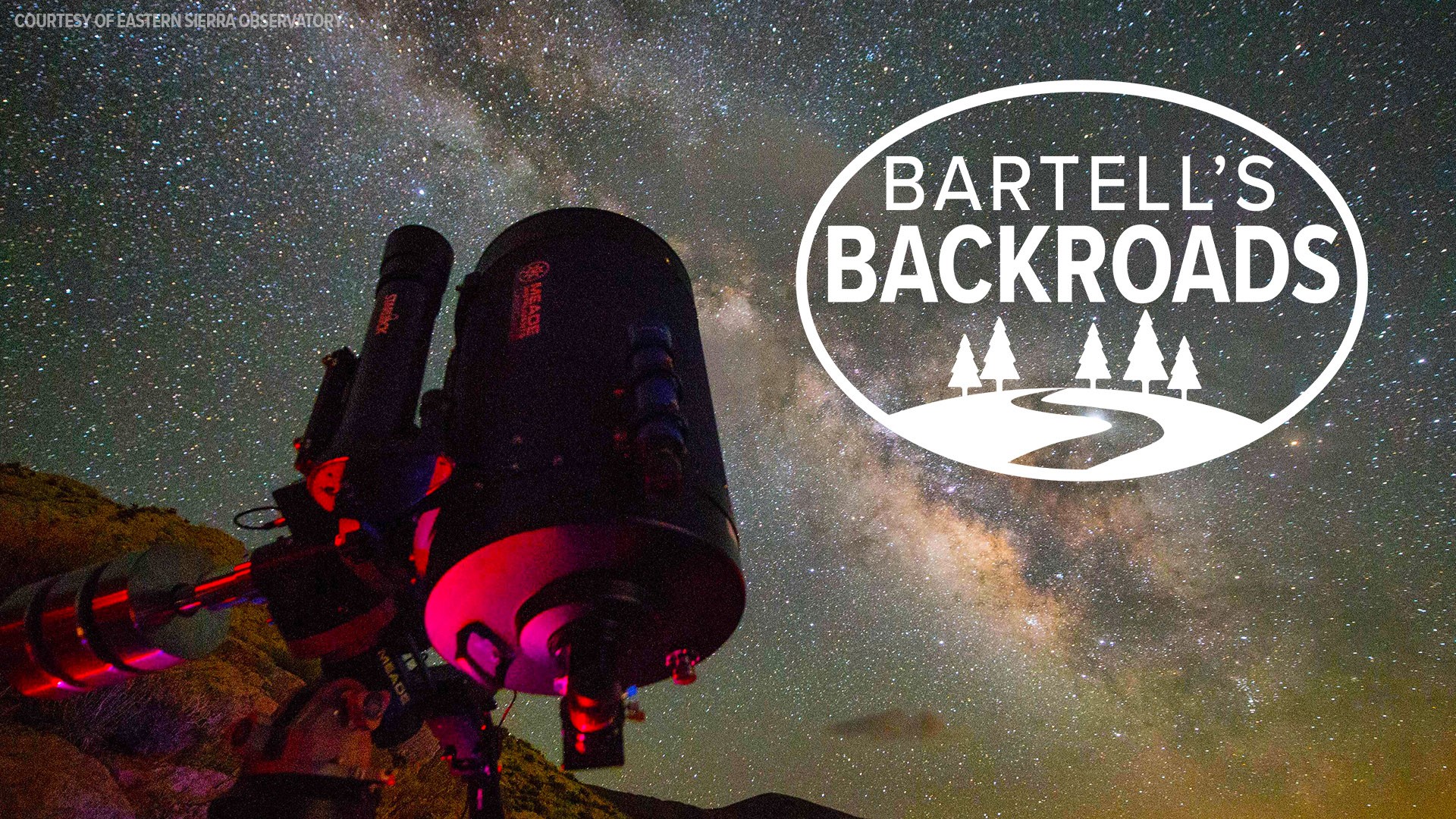 BISHOP, Calif. — All this month, the planet Jupiter can be seen with the naked eye, but if you want a real good look of the planet and its moon, you'll have to find an area with a lot less light pollution.

And if you want a front row seat, you may want head to the Eastern Sierra Observatory in the Owens Valley. Scott Lang is an astronomer at the observatory who teaches people how to take pictures of stars and planets with his 14 inch telescope.

The skies are always changing. It is June right now and Jupiter and its moons are the closest they have been to Earth in over a year. The Eastern Sierra Observatory is located on an old gold mine called Polita which is just outside of Bishop. The observatory sits 5,880 feet above sea level and its really dark.

"Out here, there is not a lot of light pollution and that’s a good thing when looking for stars," Lang said.

Credit: ABC10/KXTV
The Eastern Sierra Observatory has cots and bedding for people who want to stay overnight and star gaze.

"Spacy looking tent. It's built for the desert," Lang says, adding there's a cable TV, no air conditioning or running water, except for the hot tub.

But what this place lacks in amenities, it makes up for in spectacular night skies. The sky in the Owens Valley is huge. It’s a special place with big stars and it only exists because the light pollution is so small.