The odd progression of skateboard history in California

The holy grail of skateboard memorabilia is located in San Luis Obispo County. 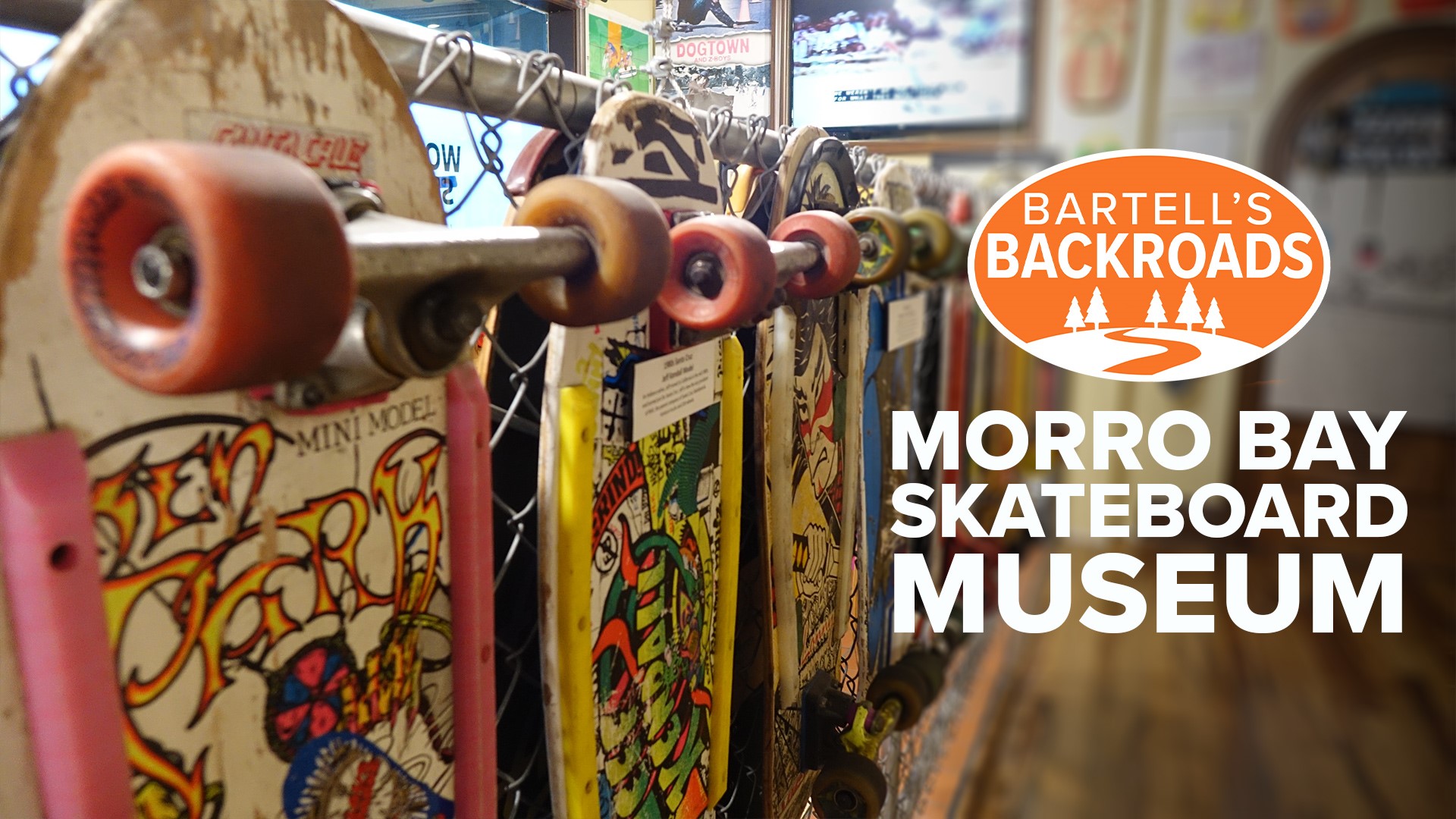 They are known as volcanic plugs and one of the most picturesque plugs is the 581-foot-tall lava pile known as Morro Rock. If you travel along Highway 1 through Morro Bay, the rock is easy to spot, but the giant lava plug is just one attraction in this costal town.

The other, lesser known attraction is the Morro Bay Skateboard Museum, which was founded by curator Jack Smith.

“People ask me why it’s here. Why is the skateboard museum in Morro Bay? Answer is simple. I live here,” Smith said.

Some might say Smith has sort of a hording problem, the board fanatic started the museum back in 2012, but his collection dates back to the dawn of the sport.

A trip through the Morrow Bay Skateboard Museum will feature a centuries old progression of skateboard manufacturing.

“Some are made from fiberglass, plastic, composite, even aluminum boards,” Smith said

Some of the more eye-catching boards are those skated on by sports biggest icons, like Stacey Peralta and others featured in the award-winning documentary Dogtown and Z-Boys Boys.

“To me, this collection is the holy grail,” Smith said.

Another notable board is one owned by The Beatles' John Lennon.

“John bought it in America in 1964, took it home to England and quickly found out he didn’t have any balance,” Smith said.

From 1970 to the mid 1990s, skateboard manufacturers did what Smith calls “a lot of experimentation." From gas powered skateboards to tiny skateboards, it’s easy to see why none of these ever caught on. One example of these failed skateboards is mounted on the museum wall, it’s called the “long skate" which is “50% skateboard, 50% scooter, and 100% bad idea."

Hello everyone...as we wind down the The Morro Bay Skateboard Museum we are asking those of you who loaned the the...

Posted by The Morro Bay Skateboard Museum on Monday, May 25, 2020

The reason Smith is so passionate about skateboards is because he is a skater himself. His personal collection is pretty unique.

“These are boards I road across America,” Smith said, who skated across the U.S. five times.

“I was the overall world champion in Skate Car Racing in 1979," Smith said, adding it only lasted two years.

The Morrow Bay Skateboard museum is not just a collection, it’s a nostalgic look at skateboarding past.

Editor's note: Jack Smith was first interviewed for this story before the coronavirus pandemic in February 2020. Since then, the Morro Bay Skateboard Museum has permanently closed. You can see the museum virtually on their website.