A husband and wife's penny-pinching design covers nearly the entire interior of the McKittrick Hotel Bar and Café from floor to ceiling. 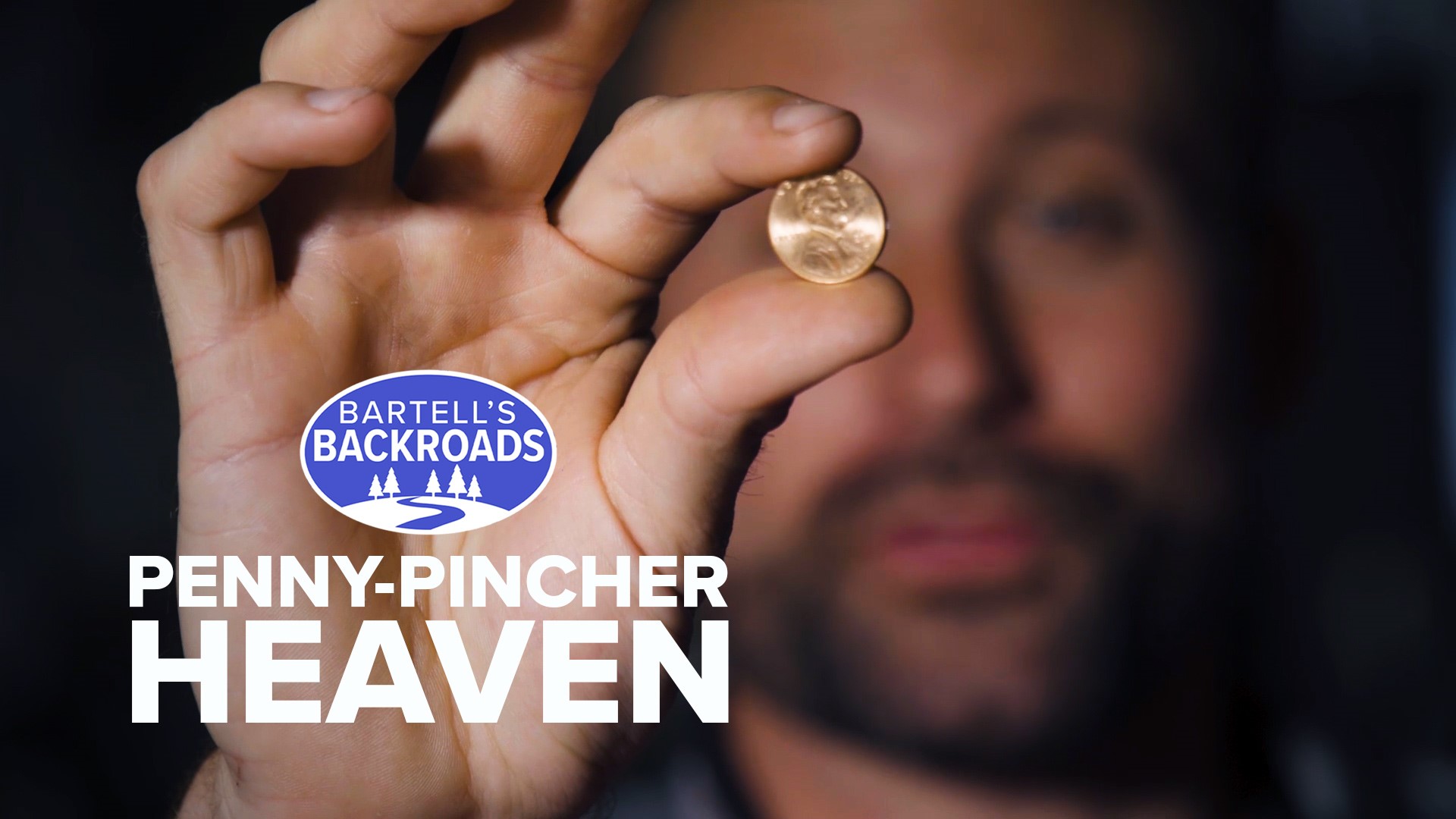 MCKITTRICK, Calif. — In Kern County oil is king. Somewhere around 70% of California’s fossil fuel is pulled from the county’s underground petroleum deposits. Oil is everywhere.

Except for inside the McKittrick Hotel. Here, copper is king. That’s because the entire bar is covered in pennies.

Ashley Plunkett is one of the proud waitresses at the McKittrick Hotel Penny Bar. Not only is she a good hostess, but she’s also kind of a numbers gal.

“They are on the bar, the floor, the ceiling. They are everywhere,” Plunkett said. “Just on the bar top there is 13,482 pennies.”

If you want, Plunkett says you can count for yourself, but be warned, it’s estimated the entire bar has over a million pennies.

The unique décor was fashioned by Mike and Annie Moore, who bought the place back in 1999.

“Annie said she wanted pennies on her bar, so Mike started gluing them on. When he finished Annie said ‘What are you doing? Don’t stop, there’s more bar to be covered'," Plunkett said.

It took Mike six years to cover the walls, floor and bathroom doors. Among the millions of pennies are a few rare coins, including an 1885 Indian head penny.

The penny bar has attracted some attention over the years, including a number of magazine articles and a visit by California travel host Huell Howser. Pennies are not the only thing that cover the bar though. Several humorous signs, art pieces and memorabilia from wild nights past are on display, as well.

Traditions are a big part of the McKittrick Hotel. Mike was in the process of expanding the penny décor tradition up until he passed away in January of 2020. His final penny wall sits unfinished right where he left it.