The story behind the Miwok people and the 1,185 holes they left behind in Amador County | Bartell's Backroads

Hundreds of small holes cover an outcropping of marbleized limestone in the hills of Amador County. 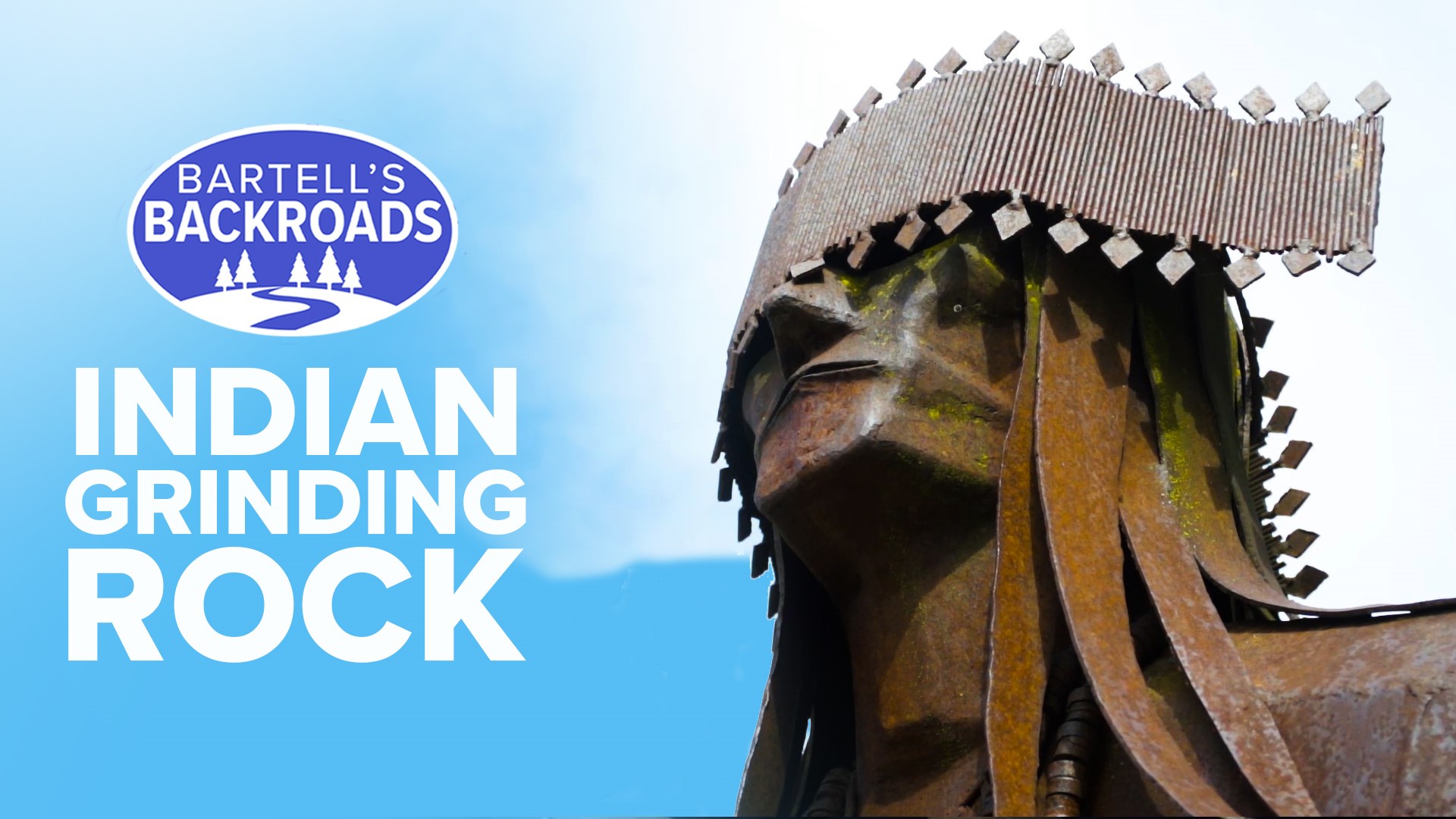 PINE GROVE, Calif. — Hundreds of small holes — 1,185 to be exact — cover an outcropping of marbleized limestone in the hills of Amador County.

The craters are a result of erosion. Years of rocks pounding on rock. Yet, they didn’t from naturally. They were made by the Miwok people.

Today, this sacred place is known as Indian Grinding Rock State Park, but interpreter Lateshia Cordova says her Miwok ancestors have a different name for it.

“To us locals, we know this a Chaw’se,” Cordova said.

The Chaw’se is large communal mortar in the ground where the Miwok would use stones to grind up and process acorns.

“They made a fine powder that would make Anupa, which is acorn soup,” Cordova said.

Before the arrival of early western explorers and gold miners, this area in Amador County was Miwok country. The waters, the wildlife and most importantly the acorns from Oak trees were used to feed the tribe.

“Being here and to be surrounded by all these acorns is a good spot to make home,” Cordova said.

Acorn harvest happens around September and its known as “Big Time." It would bring different bands of the Miwok tribe from the Bay Area and Sacramento Valley to the grinding rock, or the Chaw’se.

“When I come here, it’s like coming home. I’ve been coming here since I was born,” Cordova said.

Surrounding the Chaw’se are cedar bark houses called U’macha. They were used primarily during the winter for sleeping. Over at the round house is where ceremonies and marriages would take place.

“The land is where a lot of the natives lived, and they lived in peace," Cordova said.

Today, this land no longer belongs to the Miwok tribe. Gold miners and settlers claimed this land and forced Native Americans off of it. Many Miwok were murdered or died of disease, with their culture and language nearly forgotten.

Today, the California State Parks manage the land. In the eyes of the Miwok, it’s not ideal and maybe someday, it will be returned to the tribe, but for now the Miwok culture is preserved with in state parks so we can all reflect on what was taken from them.

“Being a native that is in touch with my culture it is hard knowing that we can’t come when we want,” Cordova said. “But, for people who come here they see that we still have some culture left.