Known as the world's smallest mountain range, they tower over Yuba City, yet remain private to the public. John Bartell finds out how to visit the Sutter Buttes. 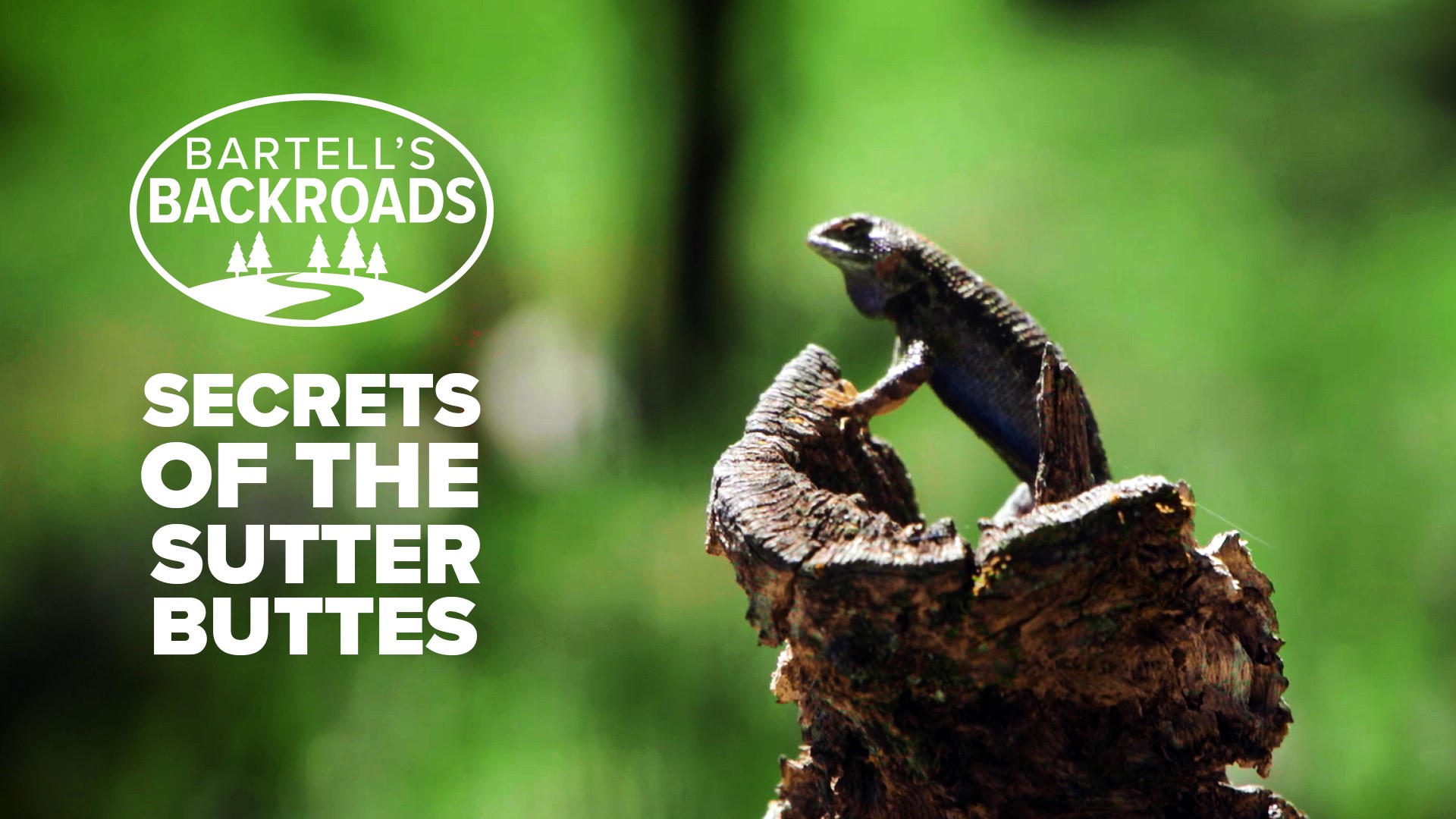 YUBA CITY, Calif. — It's quite possibly the most recognizable land formation in the Sacramento Valley, but it is off limits to the general public.

The Sutter Buttes tower over Yuba City and can be seen from Sacramento and Feather River. It's the world’s smallest mountain range, but it’s completely surrounded by private property.

A series of seven gates keep trespassers out. The only way to get inside the Sutter Buttes is to take a hike with Middle Mountain Interpretive Hikes. Steve Roddy is a guide with the non-profit group and likes to share his knowledge on mountain geology.

"It was a cool volcano. It brought up andesite and rhyolite and globbed over and created this amazing place in the middle of the Central Valley," said Roddy.

The tallest peak is just over 2,122 feet. That's about 600 feet shorter than the world’s tallest skyscraper, but what the Sutter Buttes lack in size...it makes up for in a wide variety of POOP.

"That is scat, my friend," Roddy said. "We don't call it poop. We call it scat on the trail, and we will learn about that because it tells us what the animals eat."

Scat means animal life and, during spring, the Sutter Buttes are bursting with life. Rain and water literally turn this normally dry area vibrant green. Animals and insects have just a few months to take advantage of the miner's lettuce and wild carrots that wrap the rock covered mountain.

The oak tree, known for its drought resistance, dominates the landscape and acts as a provider. The acorns that fall from its branches feed all kinds of animals and, before cattle ranchers moved in, acorns fed the Maidu and Nisenan tribes.

"This was really important. About 70 or 80 percent of their diet was acorn," said Roddy.

Evidence of Native Americans can be found all over the Sutter Buttes. The grinding rocks are a result of generations of acorn flower processing.

Fewer than 800 people a year are permitted inside the Buttes each year. The private landowners may limit the number of visitors, but that human limitation helps protect the secrets inside the world's smallest mountain range.

The Sutter Buttes are one of Northern California best-kept secrets. To experience that secret you can sign up here to take a trip with Middle Mountain Interpretive Hikes.