The Desert View Tower along the Jacumba Pass capitalized on drivers needing to cool down their cars. Story recorded pre-coronavirus. 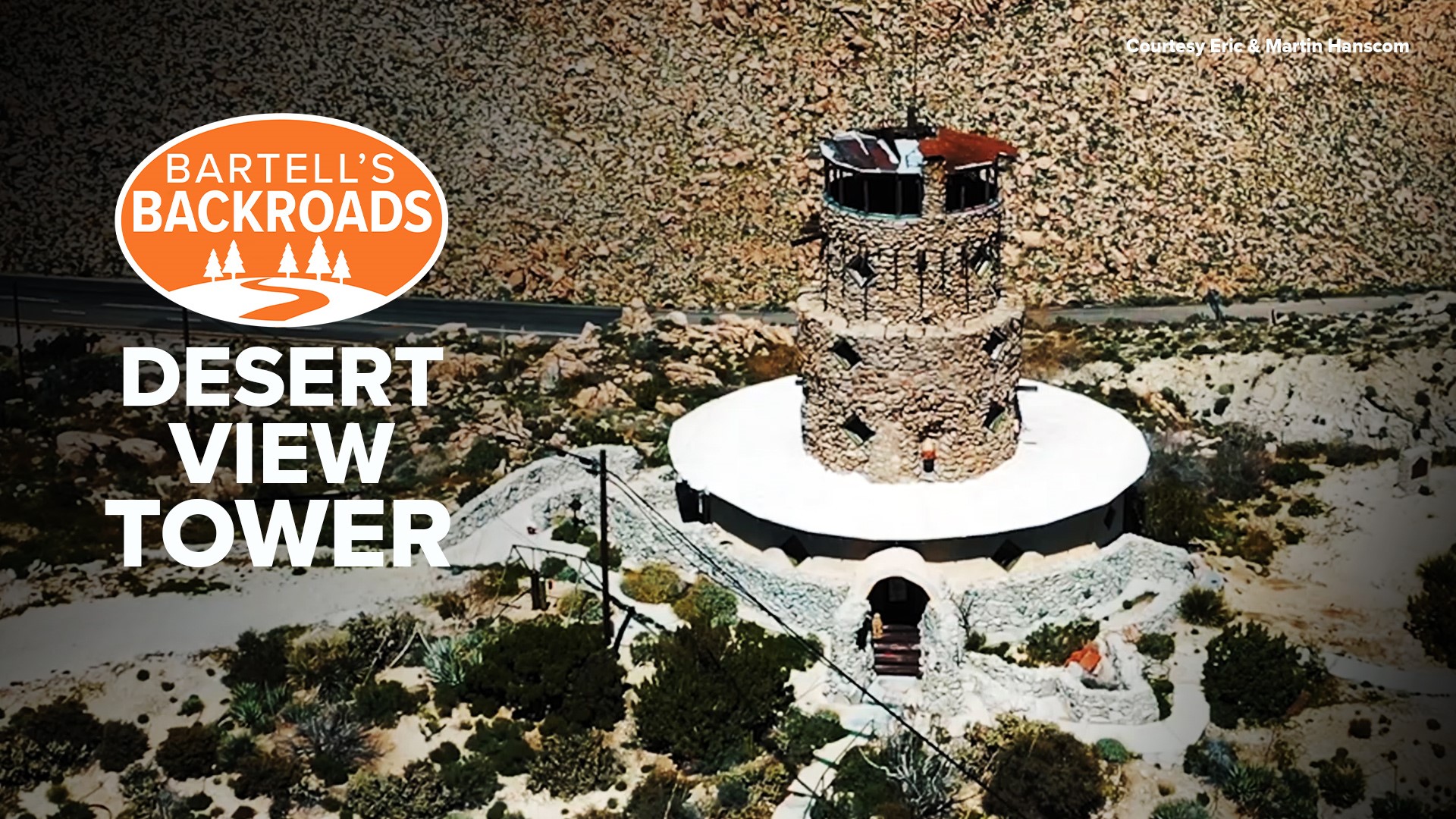 Early automobiles went through hell climbing the steep desert grade. Whether the tired jalopies were heading East to Yuma, Arizona or west to San Diego, chances are they were forced to make a stop at the at the Desert View Tower.

This historic tourist trap has a long history of capitalizing on its location, according to tour guide John Shultz.

“People back then had to let their cars cool down for a little while and we over here would rip you off while you waited,” Shultz said.

The Desert View Tower was built on the most western edge of Imperial County in 1920 by Bert Vaughn, a wealthy land developer from San Diego.

“It was originally a get away in the desert for his friends, but then he was getting old in the 1950s and sold it,” Shultz said.

The odd-looking tower has been owned and operated as a tourist trap by a few different swindlers over the years. John Shultz is the current tour guide and his uncle, Ben Shultz, is the owner who bought the place back in 2002 and turned it into a yoga and camping retreated.

For a small entrance fee, you can climb the five-story tower and inspect the oddities inside. The tower itself is kind of a recycling project made from the surrounding rock and scavenged wood. Plank Road was a wooden road that took travelers in the late 1920s over the Imperial Sand Dunes. When it was ripped out, the planks were used to build the tower.

"This was actually made up of the old Plank Road that came through this area,” John Shultz said.

From the top of the tower, you can see Interstate 8 to the east and to the west you can get a good view of Boulder Park. They were made by an out of work engineer during the great depression. The first thing you will notice, the rock carvings look a little odd or misshapen.

“He was paid a dollar and a jug of wine to do the work and that’s basically what I am getting paid today,” John Shultz said.

The Desert View Tower is open year round. Pictures are free, but the tour and gift shop is not.