Tour the Eagle Mine, the center of California's second Gold Rush | Bartell's Backroads 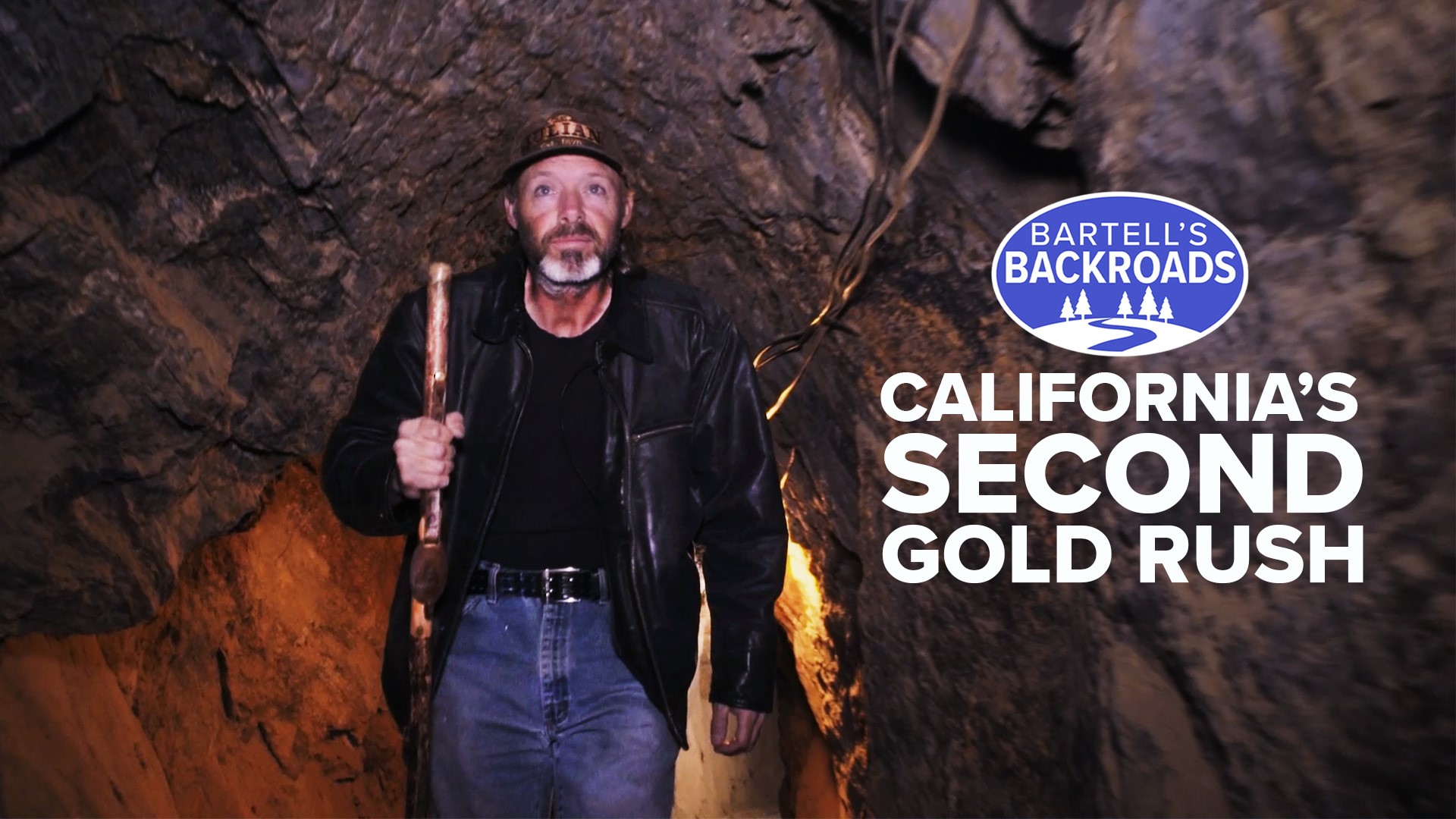 But rarely does history talk about Fred Coleman and California’s second gold rush.

Fred Coleman was a former slave turned rancher. He was also a good gold miner, but really bad at keeping secrets, according to historian and tour guide John Radov.

“He was talking about all the piles of it he saw down here and how he was going to be such a rich man, and right then, he single-handedly set off the second gold rush to Southern Californian,” Radov said.

“The second gold rush was kind of short lived. It only lasted a few years,” Radov said

The Eagle Mining Company managed pull out around $400,000 worth of gold, but ultimately closed in 1934. Today, it’s one of Julian’s most popular tourist attractions. Inside the mine, visitors learn all about all sorts of mining dangers, and a maze of ladders and stairs will eventually take you more than 400 feet below the surface.

Outside the mine, you can try your hand at gold panning for real gold. If mining doesn’t pan out, you can always head down the hill to Julian for a slice of pie. When mining went bust, farming took over. Julian’s cold winter climate is perfect for growing apples. Fred Coleman may have discovered gold in this area, but the real motherload in Julian is pie. In October, more than 10,000 pies a week are sold, and tourists wait in long lines just to taste them.

See more from the Backroads