This one's for the ladies. Bathroom with a view at San Juan Bautista's 'five-star' Plaza Hotel meant women didn't have to share facilities with drunken cowboys. 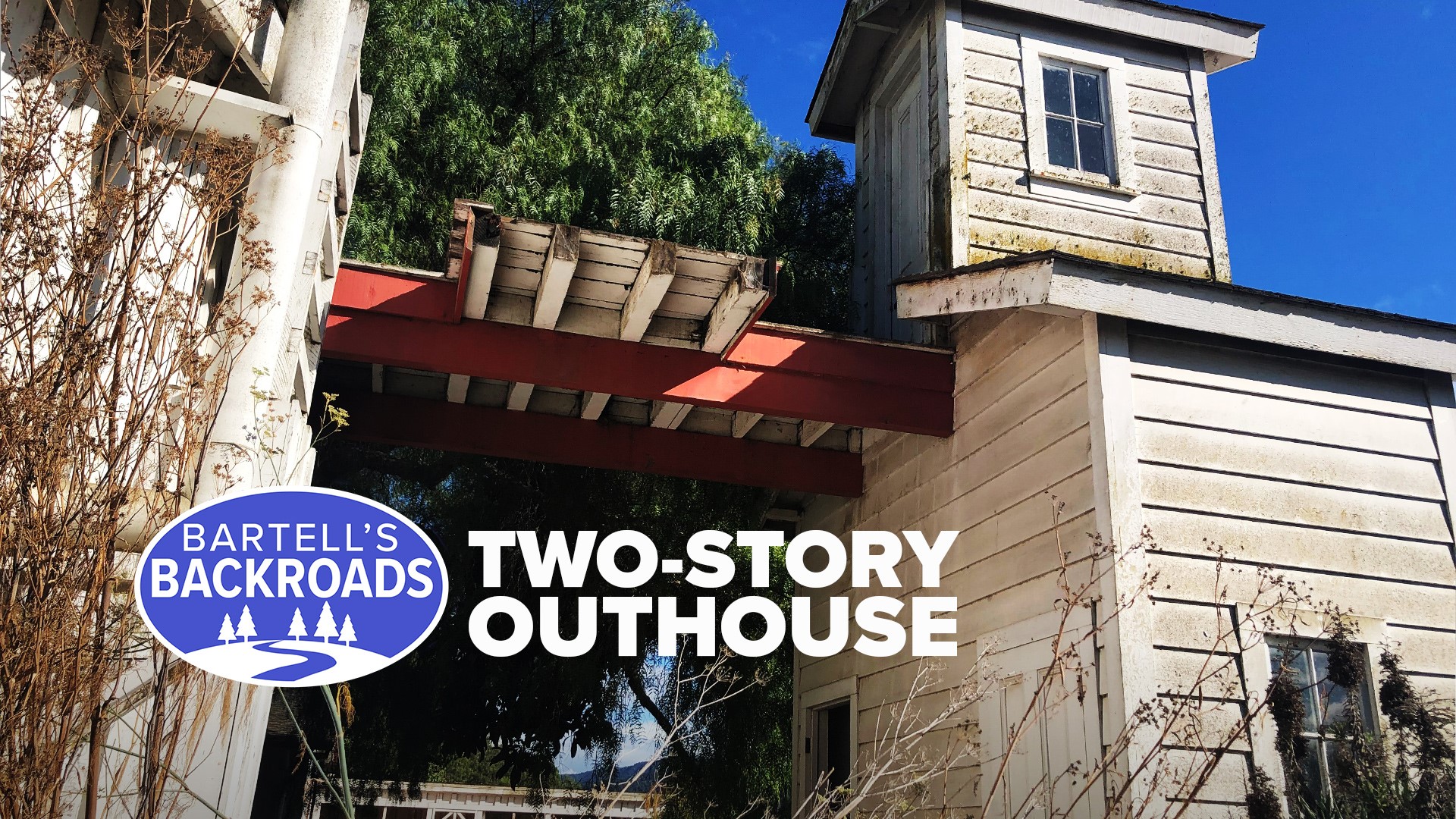 It’s what happens in San Juan Bautista. The Spanish settled in San Juan Bautista 53 years before California became a state. Thirty-six years before the gold rush, they forced Native Americans to build the mission. In 1821, Mexico gained independence from Spain and took the land back. Then 27 years later, they gave it all up in the Mexican-American war.

History changed San Juan Bautista in many ways, but there is one historical change that's often left out. To the east of the Spanish mission, behind the historic orchard — and at the end of its own path from the Plaza Hotel bar — is the last remaining gender-specific two-story outhouse in California.

Today, the two-story outhouse is part of Plaza Kotel at San Juan Bautista State Historic Park. Ranger Marcos Vizcaino explains that the odd commode was built to preserve proper etiquette at the time.

"There was an expression in those days: 'mixed company,' and that meant separating men and women," Vizcaino said.

The Plaza Hotel was built by Angelo Zanetta in 1860s, and he wanted to cater to the idea of separating "mixed company," and for good reason

At the time, San Juan Bautista was sort of a party town. The Spanish mission attracted all sorts of mixed company.

Needless to say, things got pretty wild! The Plaza Hotel bar was one of the main sources of alcohol for Mexican cowboys, not necessarily the best place for a lady back then. As you can imagine, the ladies were not happy about sharing the bathroom with the inebriated men at the hotel, so that's when Zanetta came up with the two-story outhouse idea. It allowed women on the second story of the hotel to walk outside on a bridge to their own personal outhouse and avoid the men’s outhouse below.

"If you look, the top is not directly above the men's. It's off to the side," Vizcaino said.

Despite the odd plumbing of the past, the Plaza Hotel was considered high class, and you still can experience what it was like, today. San Juan Bautista is a delightful place to visit with loads of history, including one-of-a-kind artifacts, a massive collection of horse carriages, and there is even brief history of how members of the Donner party ended up there.

Finally, just in case you are wondering, YES! There are modern bathrooms at the park.

Persimmon is a complex fruit, along with the preparing process

STAY UP TO DATE ON THE LATEST BARTELL'S BACKROADS
BY DOWNLOADING THE ABC10 APP: