It's mating season for newts who inhabit Filoli in Woodside, Calif., and it's pretty much the only time of year that you'll be able to see them. 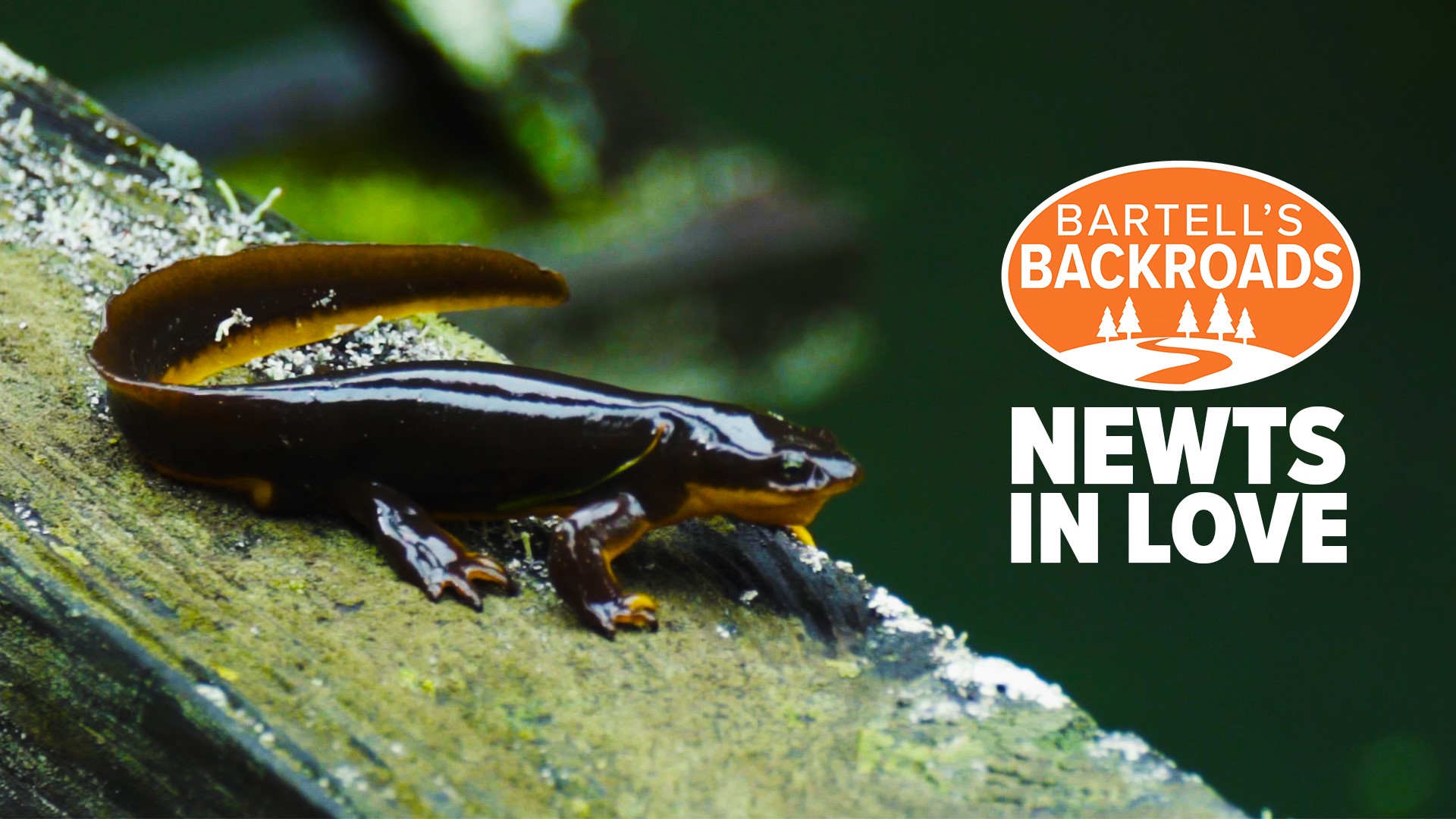 WOODSIDE, Calif. — Love is in the air in San Mateo County.

From about December to March, the hiking trails outside of the gardens of Filoli are infested with frisky newts.

You may know them as salamanders, but biologist Paul Licht likes to call them by their scientific name.

During the breeding season, newts live in the water, but when they are not mating, they normally live somewhere in the woods.

"You don't find them," Licht said. "Occasionally, you can turn over a wet log and find them, but I can assure you I have turned over dozens of logs and I can't find them."

Newts are very slow amphibians and they only come out of the woods when it rains, but for some odd reason, the newts of Filoli live in a pond year round.

"It's unusual for me to see so many in the water," Licht says.

During breeding season, it's not uncommon to see newt "mating balls." In the middle will be a female covered with males. Eventually the stronger male will "woo" the female and she will allow him to fertilize her eggs.

During mating season, newts are vulnerable to predators. However, most animals, including Licht, don't dare touch the newt.

"I don't want to stress [them] because this is the poisonous kind and they produce a lot of toxin on their skin," Licht said.

While the newts are poisonous, they are only dangerous if the toxin is ingested. So, and I can't believe I have to say this, don't put them in or near your mouth and wash your hands if you pick one up.

You can see the newt year round at the Filoli and while you are there, check out the flower display. Something is in bloom most months.

Filoli's historic backyard is the red rose of San Mateo County and past home of William Bourn, a rich gold miner. According to Nature Education Co-ordinator, Mary Anne Leary, the Bourn family called this place home from 1917 to 1936 and named the grand estate and garden Filoli, which is a taken from FIdelity, "LOve your fellow man," and "LIve a good life."

BARTELL'S BACKROADS PLAYLIST: You never know what you will find on the backroads of Northern California. Join John Bartell as he uncovers unique sights and interesting people you might not find in the typical tour book.