Pinnacles is also home to the endangered California Condor, one of North America's largest birds. 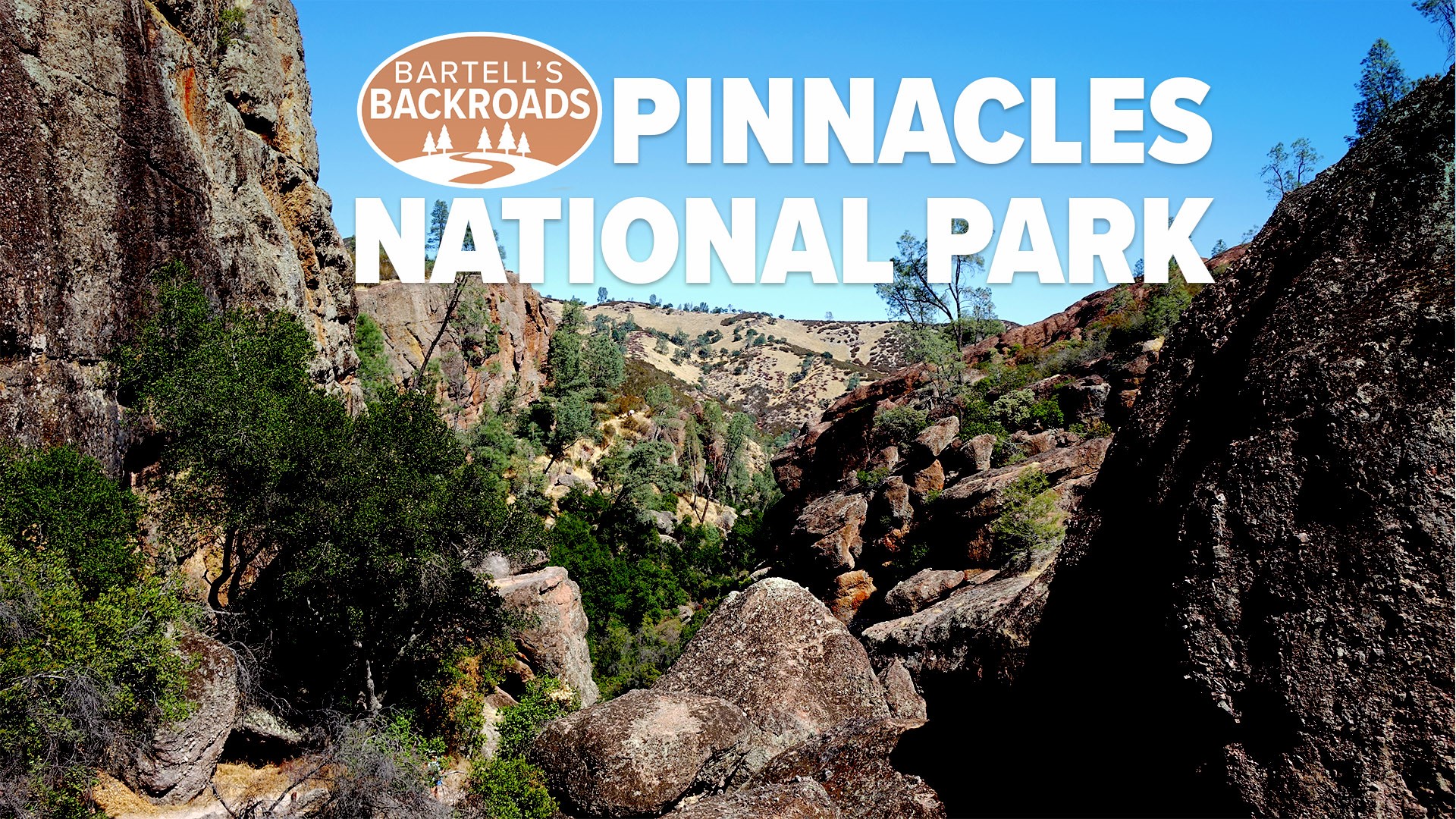 PINNACLES, Calif. — You wouldn't know it by taking a casual glance, but the rolling farmland and oak-covered hills of San Benito County are hiding dramatic geological features. These features are located inside Pinnacles National Park, which is a vast graveyard filled with the remains of ancient volcanoes.

The dramatic rock spires that pierce out of the Gabilan Mountains are known as Pinnacles, a mix of rocks that park ranger Beth Hudick says were victims of the elements. "The rocks look the way they do not because they are volcanic, but because after the volcanic layers were laid down, they were eroded away," Hudick said.

Erosion from wind and water carved deep canyons, ultimately wearing down the Pinnacles and causing them to topple over. Large boulders then wedge themselves between the rock walls creating caves.

"It is one of the weird caves that is not underground. It kind of is counter-intuitive. You think, 'Well, a cave has to be underground,' but this is a different kind of cave," Hudick explained. These caves are kind of like boulder tunnels and it provides protection for a variety of wildlife.

The Pinnacles were also home of Chalon, Mutsun, and other Native Americans, but in the 1860s, miners came to the Pinnacles hoping to find gold. Instead, the area turned into tourist attraction and early settlers gave tours of the Pinnacles.

Thanks to grassroot efforts by local farmers, Pinnacles became a national monument in 1908, and later a national park. Both helped protect a number of endangered species, including the California Condor.

Lead poisoning from ingesting bullets and other ammunition is still the leading cause of death in Condors. Intense recovery efforts and captive breeding have slowly brought back the population.

"They are one of the largest land birds in North America with a wingspan of 9.5 feet. Absolutely amazing to see them," Hudick said. "On any given day you can see one at Pinnacle National Park. Thirty years ago the chances were zero." .

We may share your response with our staff and publish a selection of stories that could include your name and location. We respect your privacy. Your email address and phone number will not be published and by providing it, you agree to let us contact you regarding your response.