The equivalent of a Hollywood stunt double, the Eastern Sierra--particularly the Alabama Hills--is where the "West" was filmed. 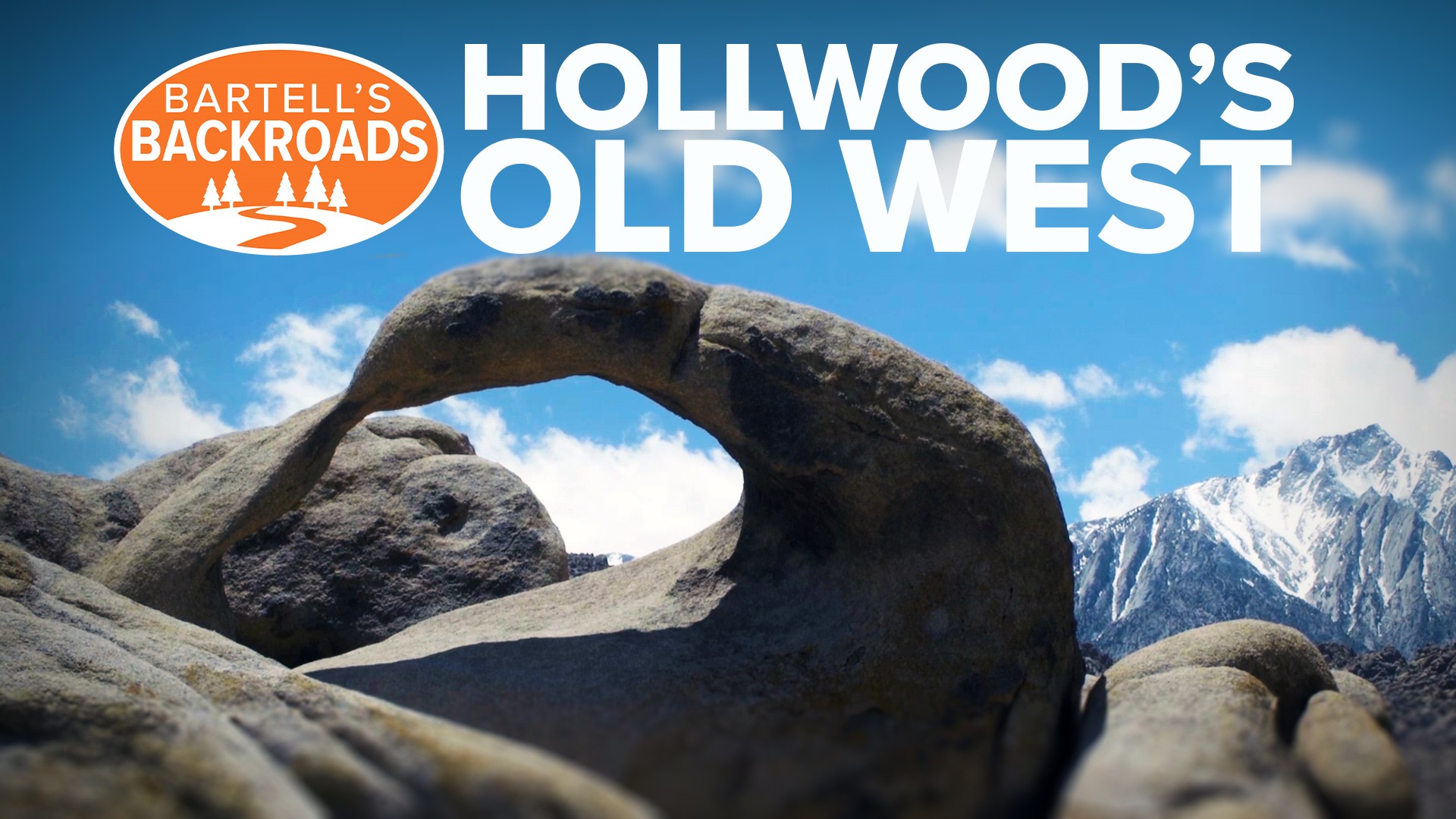 LONE PINE, Calif. — Through the lens of Hollywood, the Eastern Sierra is Cowboy country. The wind-beaten rocks and stark mountains have been the backdrop for countless feature films. In fact, if you've ever seen a western, chances are a portion of the movie was filmed in the Eastern Sierra and the Alabama Hills.

Located off Highway 395 in the shadows of Mount Whitney -- the tallest mountain in the contiguous US -- is Inyo County. This is where a majority of Hollywood films are shot.

Over the past 100 years, Eastern Sierra has hosted many of Hollywood’s biggest stars and their legacy is preserved at the Western Film History Museum in Lone Pine, Calif.

Film buffs may argue Monument Valley, Utah is the most iconic western backdrop, but if you ask museum tour guide Robert Oswald, he’ll tell you otherwise.

In addition to films, 1,000 plus commercials and music videos filmed in this area. Oswald says the reason Hollywood likes to film here is simple.

“It’s only three and a half hours from Hollywood and you have those rocks in the Alabama Hills that are unique to this area,” Oswald said.

Location, location, location. The unique rocks in the Alabama Hills were formed by 100 million years of wind and water erosion. It may be unique to this area but to Hollywood, the landscape is a backdrop for different places all over the world.

“The Alabama Hills have been used for so many different lands such as India. In 1939, the Eastern Sierra was made to look like India in the film Gunga Din. Then in 1990, Lone Pines was the home of the subterranean worm creature in the SiFi film Tremors. And as recently as 2008, the Iron Man movie blew up a portion of Owens Valley," Oswald said

The Western Film History Museum shows Eastern Sierra through Hollywood’s lens, but to really see the beauty of this place I suggest you take the museum's self-guided tours through the Alabama Hills to see it yourself.

“The Alabama Hills is a jewel in the way it can be anything you want it to be,” Oswald said.