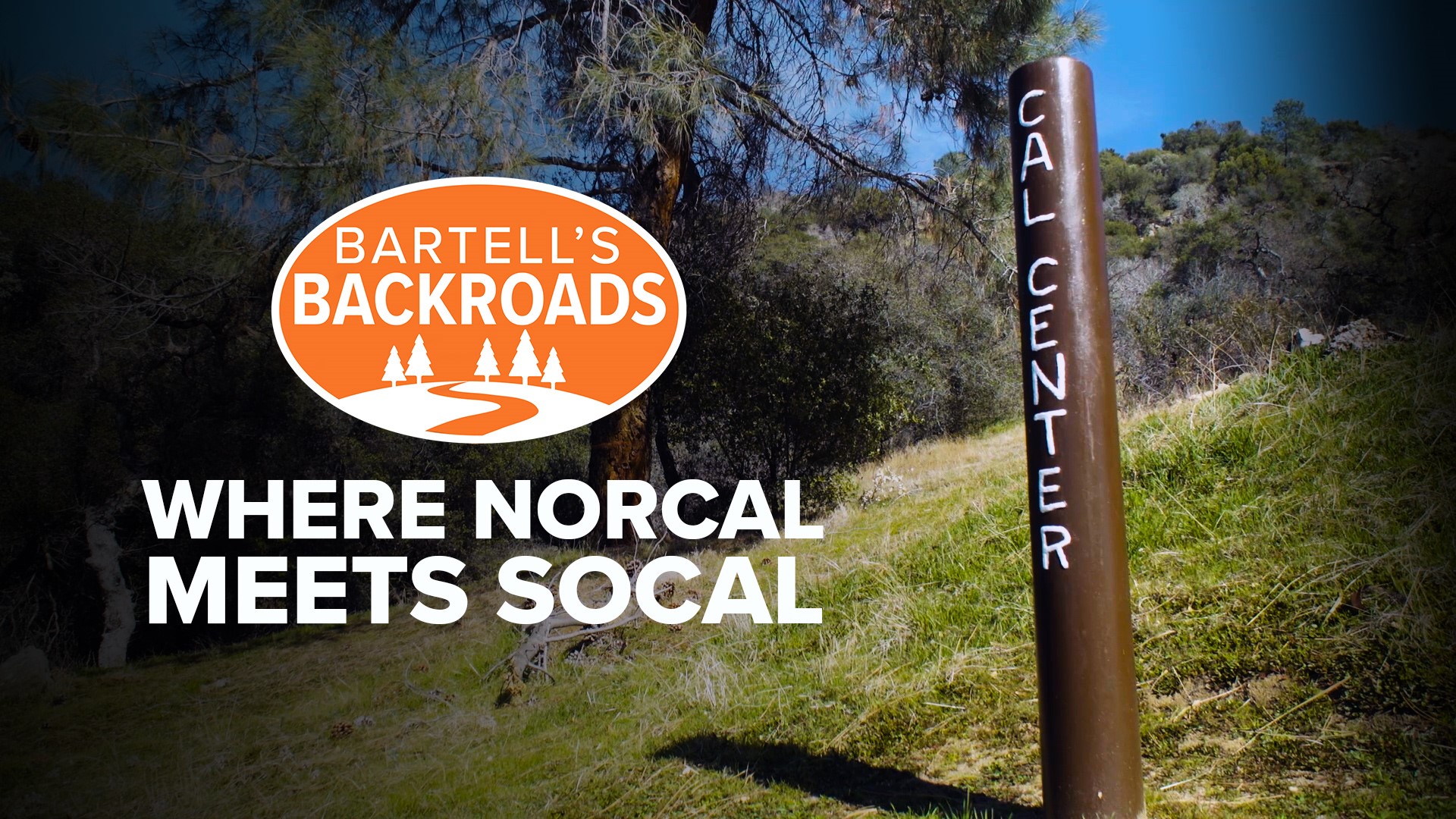 MADERA, Calif. — If you aren't looking for it, you would probably pass it.

There is no sign, no marker and drivers have just seconds to look at it.

Sandwiched in between the southbound and northbound lanes of Highway 99 in Madera County is where the "Palm meets the Pine."

Newvine wrote about historical landmark along Hwy. 99, a well-known landmark in Madera County. It’s considered the center of the state. Singer Danney O’Keefe wrote as song about it and the city of Madera put the trees on its logo, but the origin of the palm and pine are a bit of a mystery.

“I have no Idea," Newvine said of its origins. "It’s been something that’s been interesting to learn more about."

After sifting through rumors and historical documents, Newvine was able to trace the earliest existence of the trees back to the 1920s. At that time, much of Hwy. 99 was still under construction.

There’s one particularly interesting fact that Newvine uncovered about the pine and the palm.

“It’s actually a cedar tree,” Newvine said, adding the real pine died a few years ago and this was the replacement.

Regardless of the location or the species of tree, the symbolism is still there.

Click HERE to read Steve Newvine's article about Where the Palm meets the Pine.