Why a 'sex hat' saved the Peregrine Falcons | Bartell's Backroads

The Falcon Sex Hat isn't suitable for clubbing, but it certainly makes peregrine falcons 'swipe right.' It might also be the key to how their population rebounded. 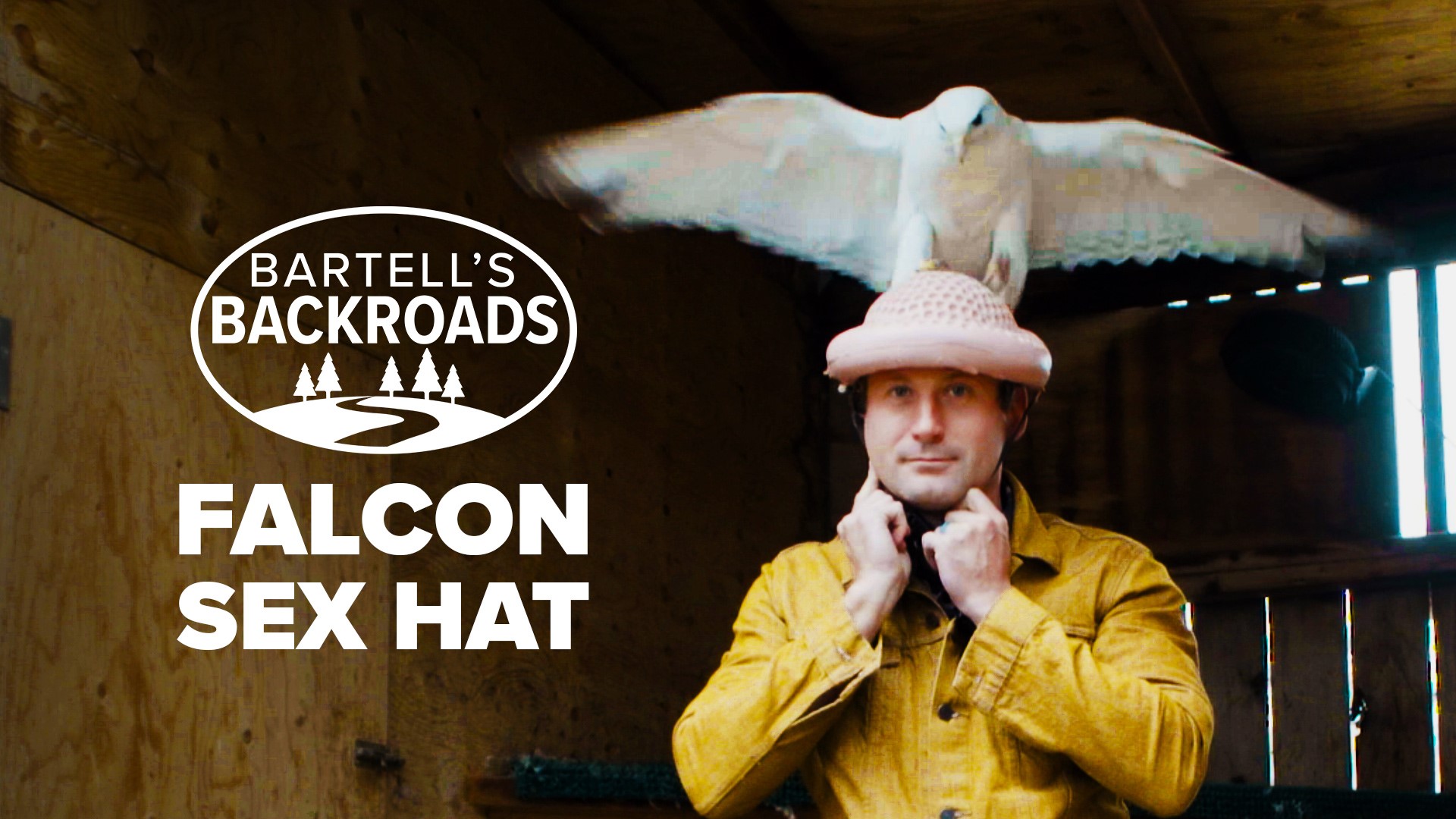 MARYSVILLE, California — Nature did not intend for the peregrine falcon to have sex with a rubber hat, but rubber sex hats have become essential to the birds' survival. The proper name is "copulation hat," and it’s no joke. That "copulation hat" is a real thing invented to save the bird from near extinction.

In the 1940s, biologists started noticing a steep decline in the Peregrine population. The decline was due to an insecticide known as DDT. It killed insects, but DDT also caused the shells of bird eggs to become really weak.

The insecticide would be absorbed by the falcons and changed the way their bodies processed calcium. When mother falcons sat on their eggs, the eggs would break.

By the time DDT was outlawed in the 1970s, the falcon population was essentially extinct in the Pacific North West, and the only way to save the birds was to breed them in captivity.

A man by the name of Lester Boyd used a process known as imprinting to teach male falcons to copulate on a hat. Boyd passed away in January of 2019. His protégé, who only wanted ABC10 to call him by his first name, "David," explained how imprinting works.

"Imprinting is when you keep a falcon with you all the time and it associates with humans," said David. Essentially the falcon is trained at birth to respond to the hat. This is not something wild falcons will do.

Credit: KXTV / Pedro Garcia
Falcon semen is collected in the dimples of the 'copulation hat.' The semen can then be used to impregnate several female peregrines.

The copulation hat looks like a big golf ball cut in half. When the trained male falcon reaches maturity, it will copulate on the rubber hat, and the small holes catch the male falcon's semen.

"It's voluntary," says David. "Physically taking it from the male is difficult, and we may not get a clean, usable sample." The "voluntary semen" is collected from the hat and can be inserted into several female falcons.

The copulation hat helped falcon breeders around the world build up the population, and, today, the bird is no longer on the endangered species list.

Humans put the falcon on the endangered species list, but, when you see a peregrine today, you can thank a small group of falconers and a sex hat for the population rebound.