Why Willow Creek is the gateway to Bigfoot Country | Bartell's Backroads

If you talk to just about anyone in Willow Creek, there's a pretty good chance they can tell you a Bigfoot story. 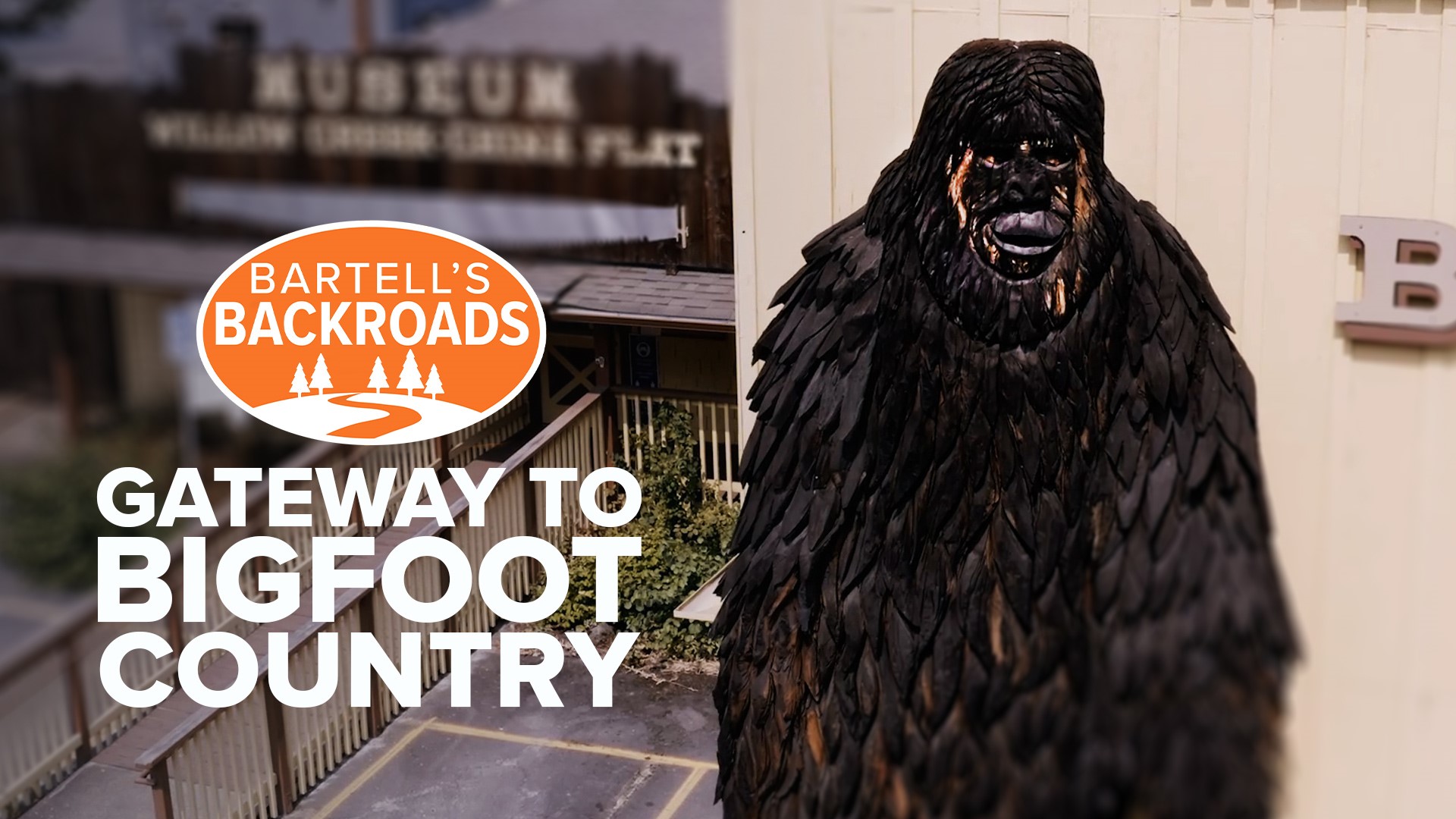 WILLOW CREEK, Calif. — Evidence of a mythical creature have been found all over the Six Rivers National Forest, but if you really want to see that evidence up close and in one place, you’ll find it in Willow Creek, the gateway to BIGFOOT country.

Talk to just about anyone in Willow Creek and there’s a pretty good chance they can tell you a Bigfoot story. The reason sighting or evidence of the elusive creature are so prominent in this area is because of the Patterson film.

Chances are you have seen the iconic film it on TV shows or the internet. Roger Paterson and Robert Gimlin recorded a one-minute film of Bigfoot in 1967 just outside of Willow Creek, along Bluff Creek in the Six Rivers National Forest.

Streufert is one of the many Bigfoot researchers in town actively search for signs of sasquatch. Steven says the Patterson films is one reason he moved to Willow Creek in the 1970’s.

“It’s just long enough to burn an image in your mind. So, it really never went away for a lot of people,” says Streufert. “I might have seen one in the woods. I don’t know. Things happened that were hard to explain.”

Heidi Johnston is one of the docents at the museum. She says the Bigfoot collection is one of the main attractions in town and Researchers from all over the world have donated artifacts, pictures, castings and event Bigfoot memorabilia.

“Everybody loves the museum and Bigfoot. I just hope nobody catches him,” says Heidi Johnston.

“I got a sasquatch hunting permit so I can hunt the sucker,” says Larry Wadsworth.

Most Bigfoot hunters like Wadsworth are not here to kill Bigfoot, in fact they needs the hairy beast alive to collect the 5-million-dollar reward.

“There is a lawyer in Oklahoma who put up 3 million and 2 private families that put in a million each,” says Wadsworth.

Bigfoot attracts thousands of people just like Larry to Willow creek every year. In September the town holds the annual Bigfoot Daze, which benefits the whole town.

Bigfoot is everywhere in Willow Creek. On wall of the hardware store, at the local motel and at several restaurants.

“Most businesses adopted Bigfoot as their mascot,” says Streufert.

Bigfoot may bring people to Willow Creek, but the real attraction around here is the natural beauty of the Six River National Forest.

“It’s kind of an excuse for people to get outside. You know maybe wear some camo and feel adventurous,” says Streufert.