With over 13,000 tools, this Oroville museum is a handyman's paradise

Bud Bolt, owner of Bolt's Antique Tool Museum in Oroville, turned his love of tools into what he calls, "the most important museum in the world." 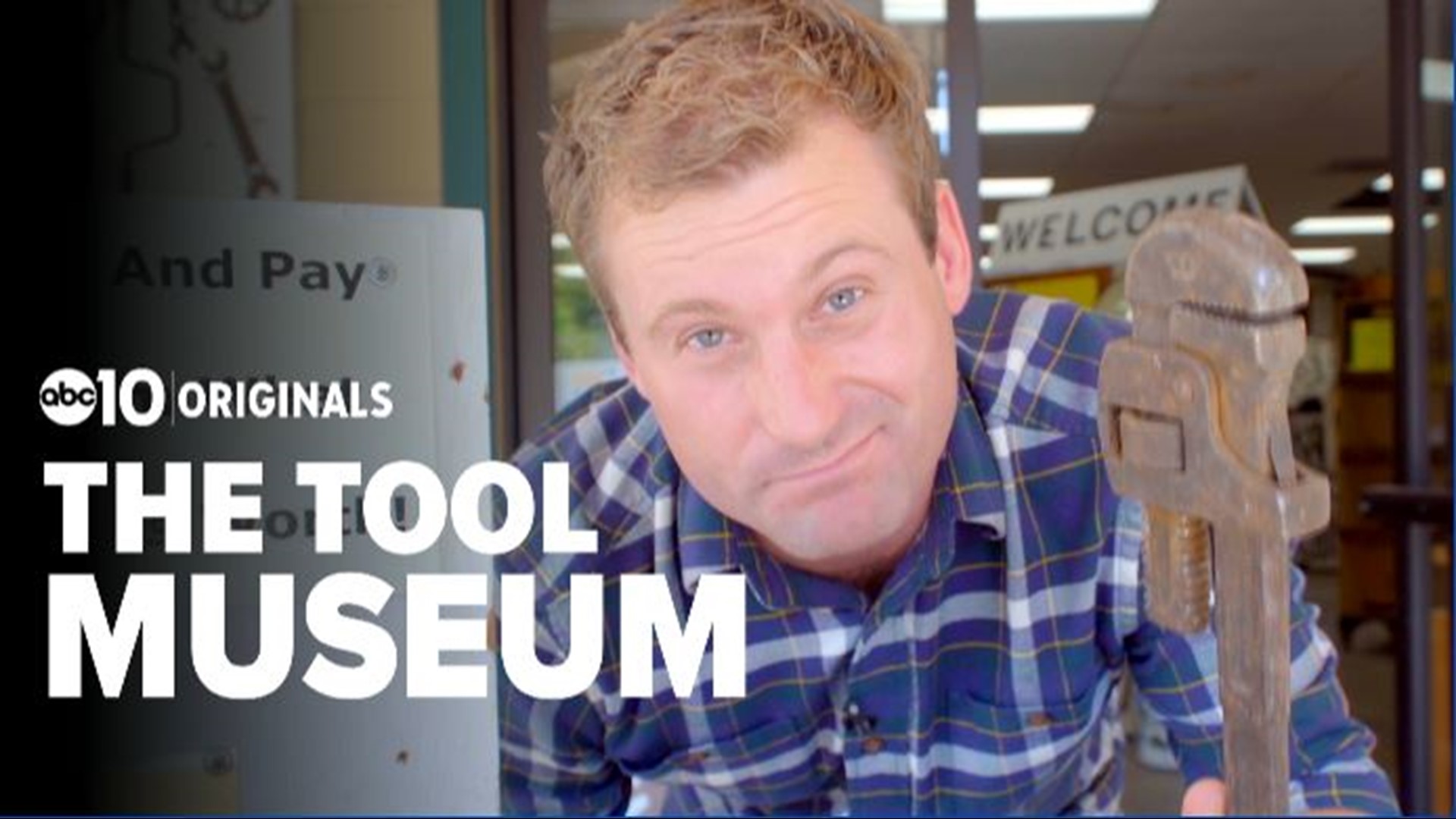 Machines make manufacturing possible, which provides just about everything that helps us survive. The clothes we wear, the cars we drive, even the food we eat exists because machines make them possible.

With the proper hand tool, you can build just about anything, and chances are that any hand tool that you ever could need can be found in Oroville, at Bolt's Antique Tool Museum. It’s a tool-lover’s paradise.

"You are in a collection of about 13,000 of the most important manmade products in the world,” said museum co-founder Carl “Bud” Bolt.

His last name really is Bolt. And having worked in the tool industry for most of his career, he’s heard just about every joke you could think of.

“When I was about 40, they started calling me ‘Rusty’ Bolt. Now I'm 91, and I'm trying not to be referred to as ‘Dead’ Bolt,” he said with the slightest of grins.

By 1979, he’d been successful enough that he retired.

“If I make it another year, I’ve got 40 years of retirement, and that’s the great achievement. I was cut out for that job.”

The museum keeps him busy enough that “retirement” is a subjective term.

Now, Bolt's job is obtaining more tools for the museum and his collection is so extensive that there’s a separate building where the overflow is stored. It’s a lot of work just keeping it organized.

"We have everything cataloged in the computer,” said Bud.

Today, many of the tools on display are out of date, but if you ask Bud, that doesn’t matter. To him, the tool museum is a reminder of how far mankind has come.

"Without tools we are just another animal."