California lawmakers are considering legislation that would establish a $21 billion fund to help utilities pay claims to future wildfire victims. 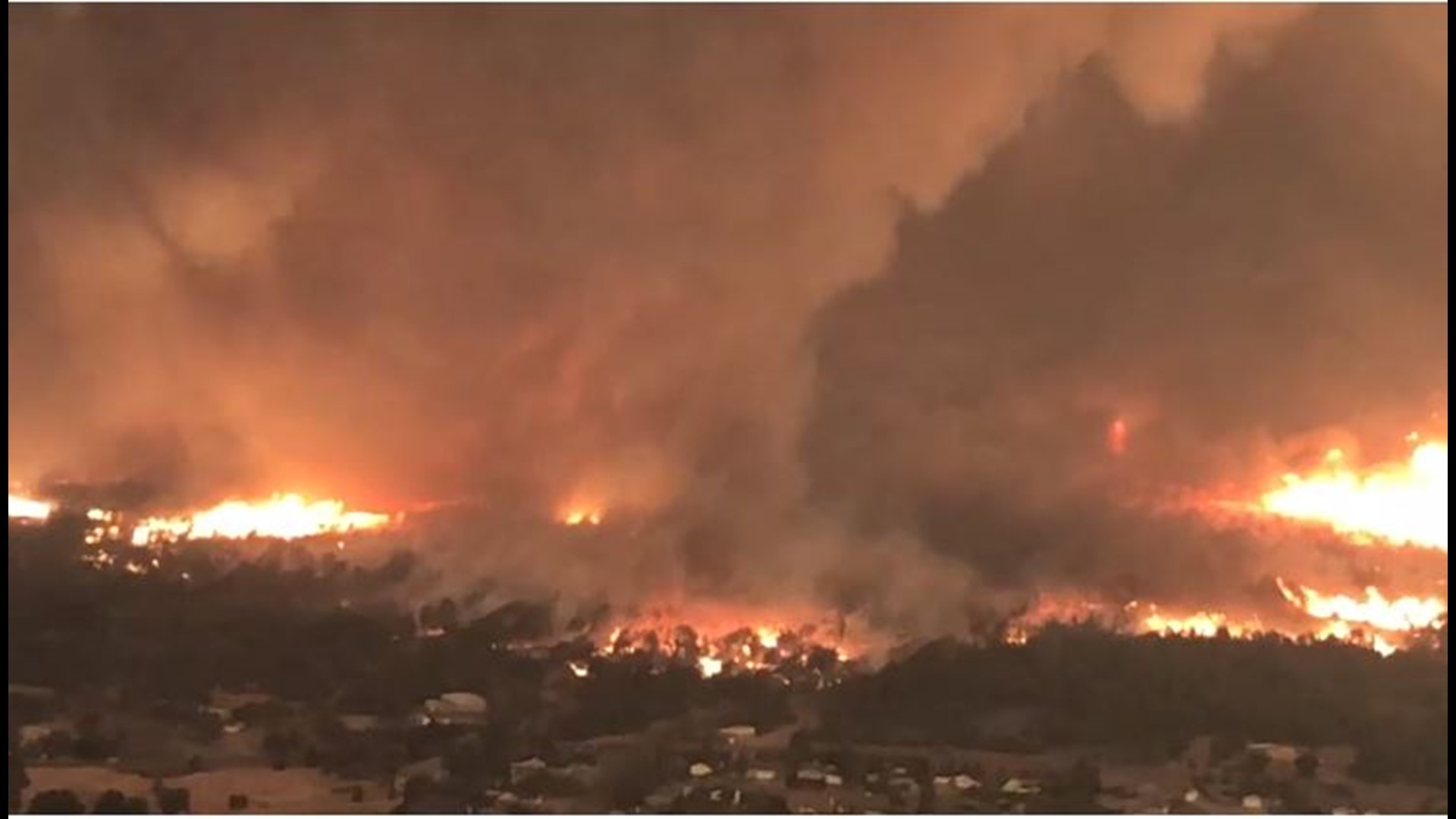 SACRAMENTO, Calif. — UPDATE: State lawmakers taking up two bills related to wildfire safety on Wednesday accepted a combined $141,400 from PG&E from 2017 to 2018.

This information comes from ABC10's investigation into state lawmakers who accepted funds from PG&E, the state's largest investor-owned utility, whose equipment has been identified as the cause of the deadly Camp Fire of Nov. 2018.

AB 1054 would create a $21 billion dollar wildfire fund for electric utilities to tap into in order to pay out claims from future wildfires. No, this wouldn't help Camp Fire victims, but the bill says PG&E can't tap into that fund until it pays — or comes up with an approved plan to pay — claims from the victims of recent wildfires caused by its equipment.

The bill would also add safety requirements for utilities, like coming up with 3-year wildfire mitigation plans and forcing the utilities to pay for the first $5 billion of safety upgrades out of their own pockets, meaning they couldn't take that money from ratepayers.

AB/SB 111 will come before the Senate Budget and Fiscal Review Committee at 1:00 p.m. in room 4203 of the State Capitol. Of the committee's 18 members, 12 of them accepted a combined $43,000 from PG&E. The six senators who did not are committee chair Holly Mitchell (D-Los Angeles), Jim Beall (D-San Jose), Melissa Hurtado (D-Sanger), Bill Monning (D-Carmel), Jeff Stone (R-Greendale) and Thomas J. Umberg (D-Santa Ana).

This bill would create the California Catastrophe Response Council, which would oversee the person tasked with running the Wildfire Fund from AB 1054.

Language in both bills says one won't pass without the other. They're literally a package deal.

ABC10 will be at both hearings, where lawmakers will discuss these plans involving wildfire safety and public utilities. Follow Becca Habegger on Facebook or Twitter for updates.

One of them is Assembly Bill 1054, which would establish a wildfire fund worth billions of dollars to help utilities pay out claims from future wildfires.

So who's paying for this fund? If you're saying, 'Probably us, the ratepayers,' you're not wrong, but there's more to it.

Remember, the cause of last year's Camp Fire, which killed 85 people, has been traced to faulty PG&E equipment. Wildfire victims want payback, but PG&E declared bankruptcy in January, so that money for the victims has been delayed.

That brings us to AB 1054, which would create a $21 billion wildfire fund so utilities could pay victims in a much timelier manner. That fund is for future wildfires only though, so victims of the Camp Fire and other wildfires caused by PG&E equipment won't see a dime of it.

That said, let's talk about this fund.

The three major utilities in the state – PG&E, Southern California Edison and San Diego Gas & Electric [SDGE] – have to pay a combined $7.5 billion into the fund to start and then a combined $300 million every year after that, with PG&E paying the lion’s share of that, due to its size. None of that money can come from ratepayers, this bill says.

However, that doesn’t come close to fulfilling the $21 billion wildfire fund, so a good chunk of the fund would come from ratepayers.

Graham Knause, executive director of the California State Association of Counties, is in favor of the bill.

"Having essentially a wildfire liability fund that allows victims to have their costs recovered in a far more timely fashion, that allows some stability in the utility industry, which is needed so that we have a stable energy market,” he told ABC10 Monday. “AB 1054 has a modest approach to fulfilling the fund so that we actually have a safety valve that can be used when these horrible wildfire events hit communities."

The bill would also beef up safety standards for utilities since their equipment has sparked fires.

The utilities would have to submit annual 3-year plans for wildfire mitigation and pay – out of their own pockets – a combined $5 billion in safety improvements. (Any safety upgrade costs exceeding $5 billion, the bill says, utilities could pull from ratepayers.)

"It puts a safety framework in place that we've never had in California that requires each of the utilities to have a safety certification, to have wildfire mitigation plans in place that are looked at by wildfire experts to ensure that they do what they claim that they're going to do,” Knause said. “It also includes some very strong incentives for utilities to put in place preventive measures on the wildfire side, such as linking executive pay to the performance on the safety side for utilities.”

RELATED: Manteca wants to break away from PG&E because of potential power shutoffs. But how likely is that to happen?

People in favor admit the bill isn’t perfect but say but it is an action plan to move the state in the right direction at a time when action is needed.

Gov. Gavin Newsom wants lawmakers to act on this by Friday because the Legislature goes on summer break starting next week. The bill needs the votes of two-thirds of legislators to pass, a high bar among lawmakers tired of appearing to bail out the utilities.

WATCH ALSO: Here's what you can do now to be prepared for a wildfire