CBD is legal in California. So why can't Sacramento restaurants serve it in foods and drinks?

The health benefits of CBD are still unclear because of the lack of studies, some researchers say. Despite that, users are mostly sold on its effects. 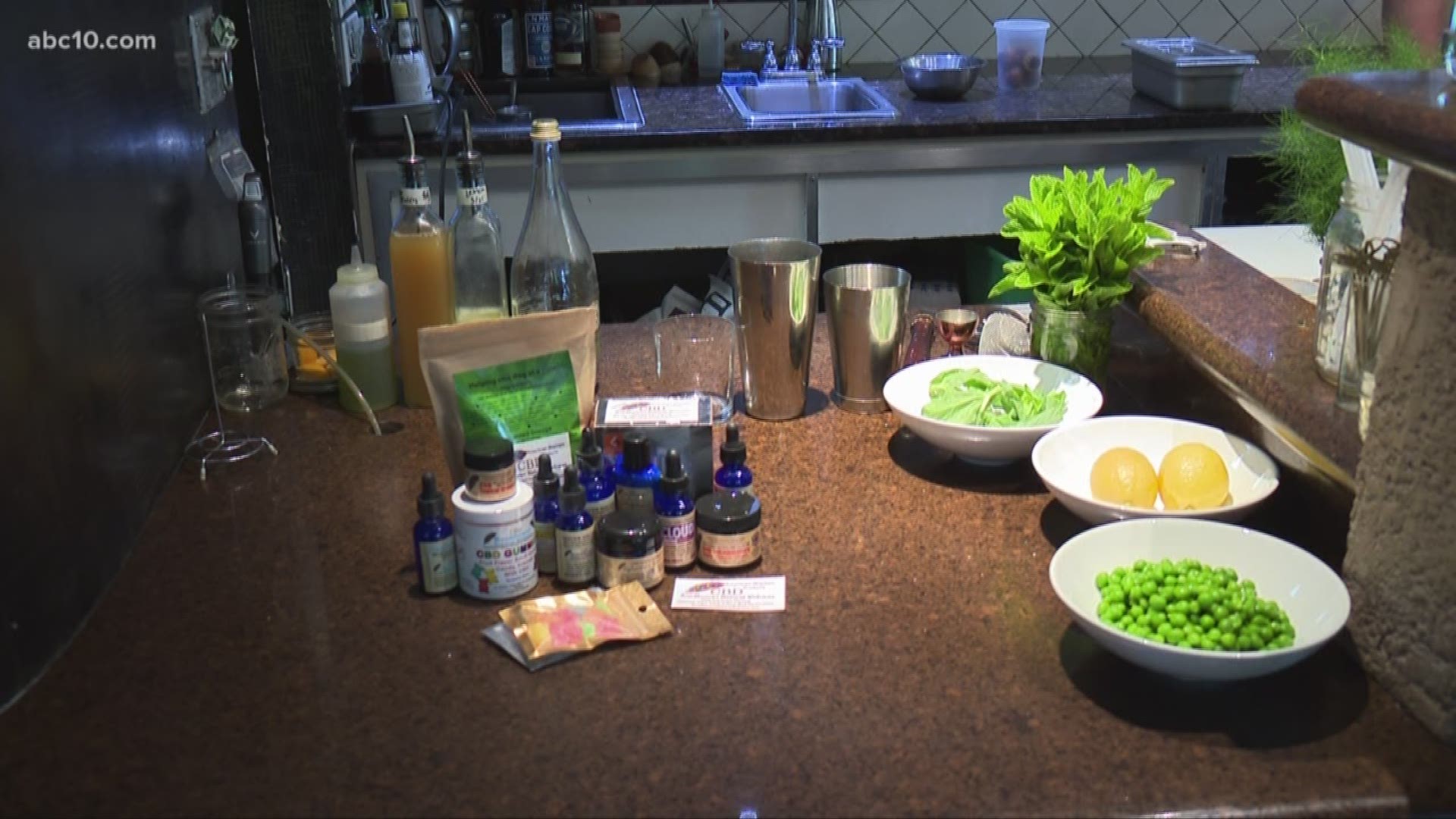 SACRAMENTO COUNTY, Calif. — Three out of four chefs say CBD is the hottest food and drink trend of 2019, according to the National Restaurant Association.

But, despite being legal in California, you can't partake in many restaurants and bars around the state — including Sacramento.

Cannabidiol, or CBD, is the non-psychoactive ingredient in cannabis or hemp. And by "non-psychoactive," we mean that it doesn't get you high. There are two types of CBD — oil derived from hemp and oil derived from cannabis. There is a difference between the two which goes beyond the source, but the important thing to note here is that neither CBD are psychoactive.

So, why can't those businesses serve it up?

Barnum told ABC10 even though the tide is turning when it comes to CBD, the laws aren't catching up with what some customers might be looking for. "I think that if someone wants to use it as a health benefit, why not? They're not getting high, it's not like everybody is going to be in here getting tripped out on CBD. It's not that part of it."

The health benefits of CBD are still unclear because of the lack of clinical trials and studies, some researchers say. Despite that, users are mostly sold on its effects.

Katrina Rosseini, who hosts Capitol Cannabis Corner on social media through The SacTown 5, said she was skeptical of CBD at first, but is now a believer in it's health benefits.

"Anytime I've ever used it, I noticed that I didn't have to take a Ibuprofen or pain medicine," Rosseini said. "Literally, it did a better job on my body than any of those other medicines."

Joe Devlin, Sacramento's Cannabis Czar, told ABC10 that the hold up is because CBD from cannabis is not FDA approved for foods and drinks when served in restaurants. And laws for CBD from hemp are murkier. According to the FDA, although hemp is no longer a controlled substance, congress "explicitly preserved the FDA's current authority to regulate products containing cannabis or cannabis-derived compounds."

For people like Rosseini who are interested in CBD-infused foods and drinks, that's a downer. "We need to educate ourselves first and our families about the difference instead of fearing something that could actually benefit our families."

California passed two new laws that will affect the marijuana industry. Assembly Bill 1793 speeds up the process for people who may be eligible to have pot-related convictions dismissed. AB 3067 addresses the marketing of cannabis products to minors.