Consumers live by it, but the FDA won't approve it. So, does CBD work for your pets?

The health benefits in both humans and pets are still unclear, and the FDA has yet to approve it because of the lack of studies done to measure its effectiveness. 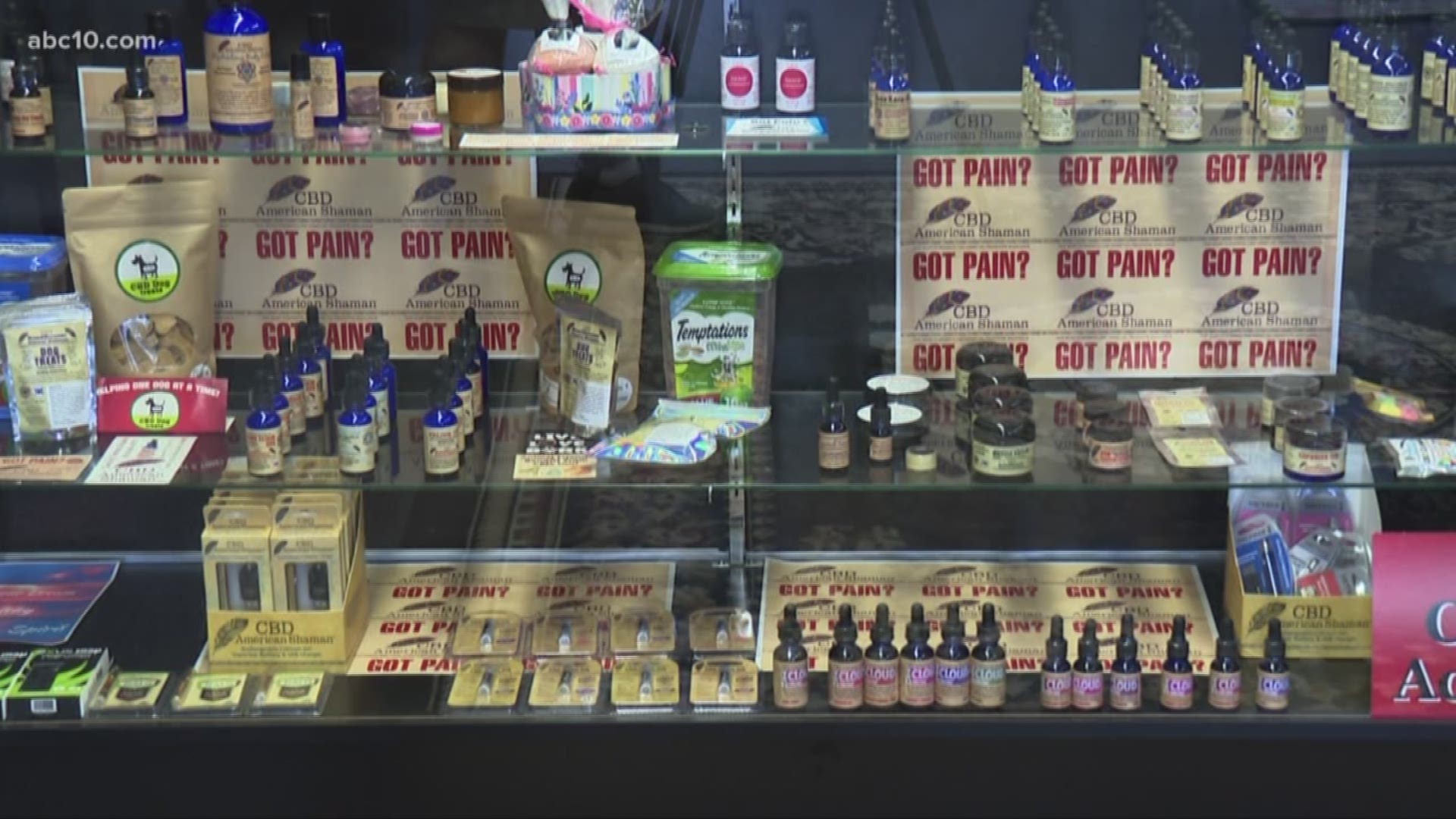 SACRAMENTO COUNTY, Calif — Diana Straling remembers when she adopted her dog Zeus. Zeus was just a puppy when Straling met him. His rear leg was sticking out, a limb which he would later need amputated.

“We asked the boys if they would feel like having a handicapped German Shepard and they were like, ‘Yeah. Yeah, we would,’” Straling recalled. So, despite knowing he’d need some extra love, Zeus has been apart of their family ever since.

These days, the only leg causing Zeus pain and discomfort is the phantom one where his former one once was. But Straling has found a solution — one that many people swear by, despite its lack of approval from the Federal Drug Administration.

RELATED: CBD is legal in California. So why can't Sacramento restaurants serve it in foods and drinks?

“The CBD has just calmed him down a lot,” Straling explained. CBD, or cannabidiol, is the non-psychoactive extract from marijuana that people say help ease afflictions — even in pets. “And it does really well when he has pain. And sometimes, he [has pain] when he overdoes it, because he's only got three legs. He doesn't think he has three legs, he thinks he has four legs. [It helps with] anxiety and pain levels. It's incredible."

Many pet owners across the country agree. However, the health benefits in both humans and pets are still unclear, and the FDA has yet to approve it because of the lack of studies done to measure its effectiveness.

But the ASPCA says studies are being done to check on CBD's effect controlling pain and anxiety in pets as well as its effect on epilepsy in dogs. According to the ASPCA, a lot of vets are recommending CBD oils and treats for animals.

Tony Chesney with Road Runner Wellness, a store that sells hemp-produced CBD products, says even if you don't use CBD any other time of year, giving it to your pet on the 4th of July — or similar loud and intense days — could help your pet without any drawbacks.

To be clear, CBD products do not get you high. There are two types of CBD — oil derived from either hemp and cannabis. There is a difference between the two which goes beyond the source, but the important thing to note here is that neither get you nor your pet stoned.

If you’re considering giving your pet CBD products, here's what you need to know:

First, because of the lack of studies, there's no dosage recommendation. So, the ASPCA says to start off slow with low dosages and see how your pet reacts. Next, never give your pet cannabis products with THC in it. That's the active ingredient that gets you high.

And finally, always talk to your veterinarian first to ensure CBD is right for your four-legged (or three-legged) friend.

WATCH MORE: Is hemp on the verge of a comeback in California?