Ingredients you can add to boost weight loss | Meg Unprocessed

Sure, you can cut foods out. But have you thought about which ones to add in? Megan Evans shares four to boost weight loss. 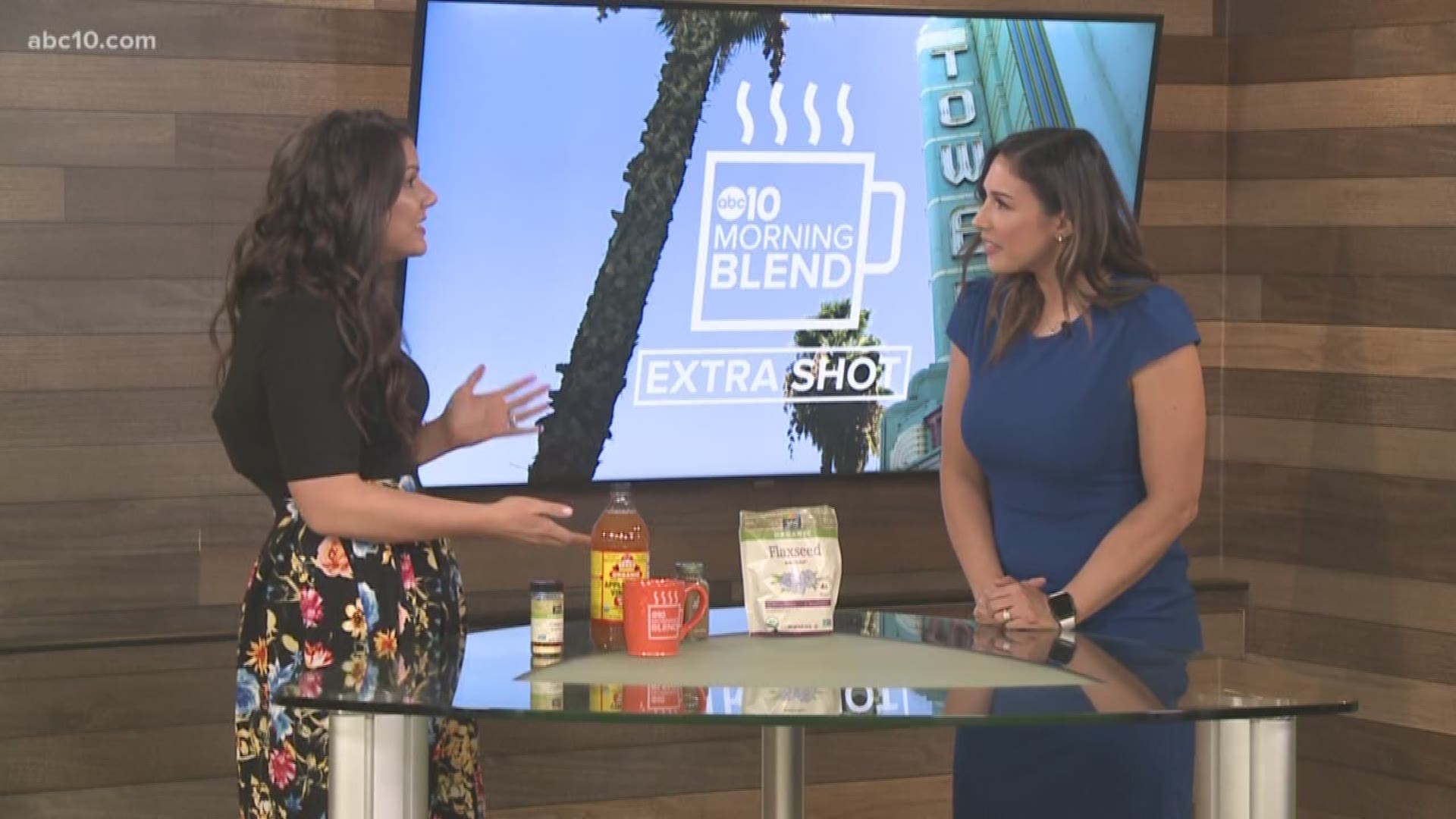 When looking to lose weight, we know cutting back on certain foods can help. But did you know there are certain foods to add that help boost weight-loss? Yes! And they're not going to break the bank either. Megan Evans tells us what some of those foods are.

*As with any weight-loss advice or program, be sure to consult with your health professional before starting a new regimen.

Apple Cider Vinegar (ACV) helps activate an enzyme called AMPK, which flips the switch in the body from storing fat to burning fat. Having 2 tsp of ACV at each meal has shown to help with weight-loss.

Mixing vinegar with something, even diluting it with water is recommended for ingesting it. Vinegar, in general, has also shown to reduce blood sugar spikes when eating high-glycemic foods.

Flaxseed has been shown to cause appetite suppression. In over a dozen randomized controlled trials, flaxseed showed a significant reduction in body weight, BMI and waist circumference.

You must grind flaxseed up to get all the benefits from it. Whole flaxseed is good to add to smoothies because they get ground up, but if you're stirring it in oatmeal it's best to use ground flaxseed.

This spice is widely used in everything from Mexican food to Asian dishes. It's the second most popular spice after black pepper As little as a teaspoon a day was shown to help with weight-loss.

Overweight women were randomized in to two groups. The ones given a teaspoon of cumin (half teaspoon at lunch, half teaspoon at dinner) showed four extra pounds of weight-loss over a three month period.

Science has shown that ginger can be effective for treating morning sickness, reducing cholesterol, inflammation and blood sugars. As it turns out, it works for weight-loss too. Interestingly, fresh ginger didn't work as well as powder ginger.

A quarter teaspoon to one and a half teaspoons of ground ginger show significant decreases in body weight over a two to twelve week period.