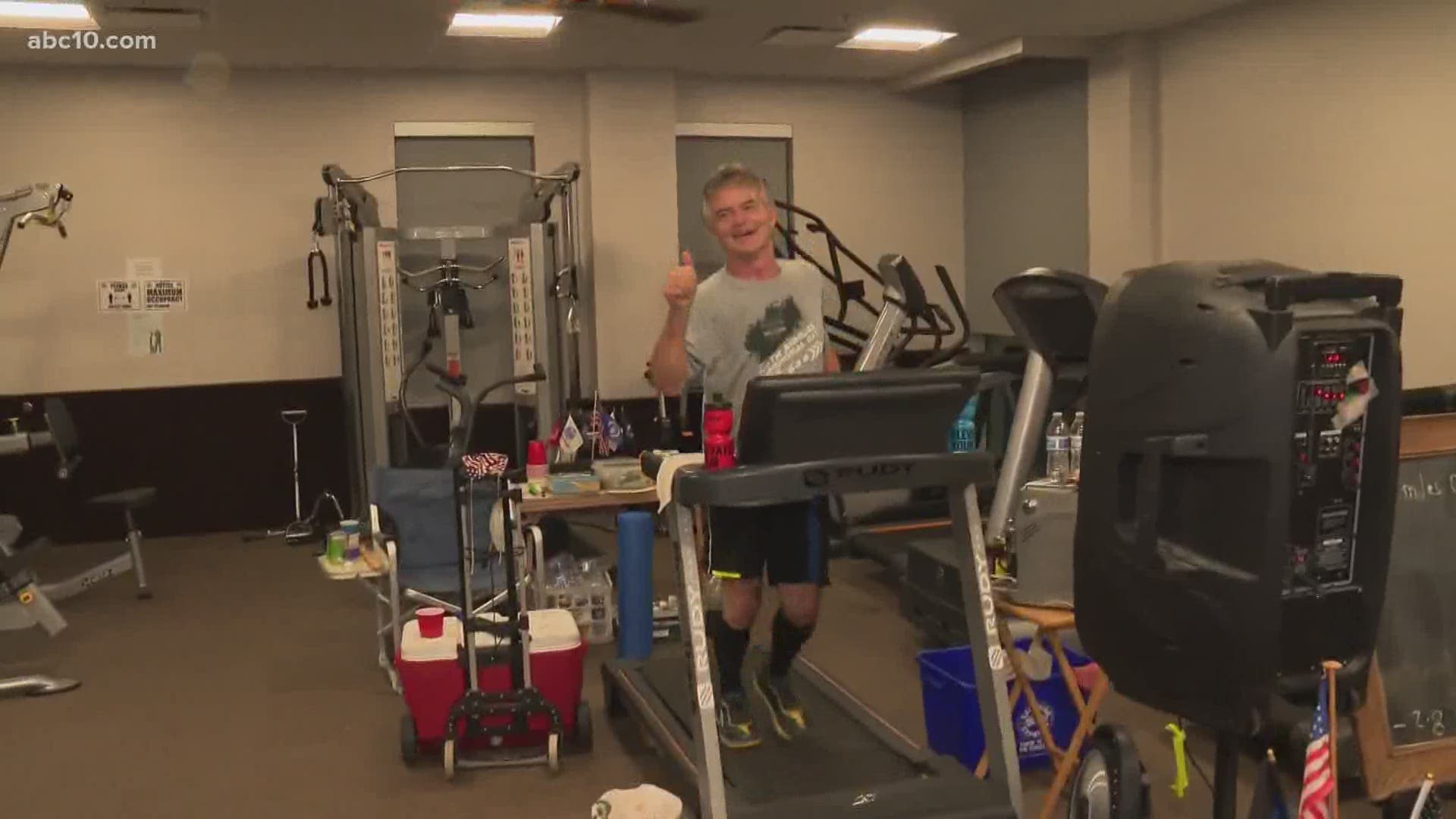 PLACERVILLE, Calif. — Herve Leconte is not your average 60 year old.

He's an avid runner and his latest challenge is running for four straight days.

Now just in case you're wondering why he's running 96 hours straight, he's doing it to raise money to build a playground for kids in Pollock Pines. He actually just started running about five years ago. Ever since he started, he’s been running competitively in several long-distance races throughout the nation. When he found out that Pollock Pines was in need of a playground for the youth, that’s when he decided to do something about it.

"I like to volunteer and help the community," Leconte said. "So why not combine the two: passion of helping others and passion of running. I heard that in Pollock Pines we needed a playground for kids, so I said I'm going to do something. And here I am doing 96 hours…four days straight on the treadmill."

His diet for the duration of the run is paella, which is Spanish rice. He says his ultimate goal is to run 1,500 miles on a treadmill, which would give him the world record.

Laconte is doing his four day run on a treadmill inside the El Dorado County Sheriff's Office. He initially planned to run outdoors, but due to the pandemic, he had to modify his plans. Leconte started his journey at 8 a.m. Monday, Aug. 24, and he plans to complete his four-day run on Friday morning.