Modesto man fulfills dream of appearing on Wheel Of Fortune 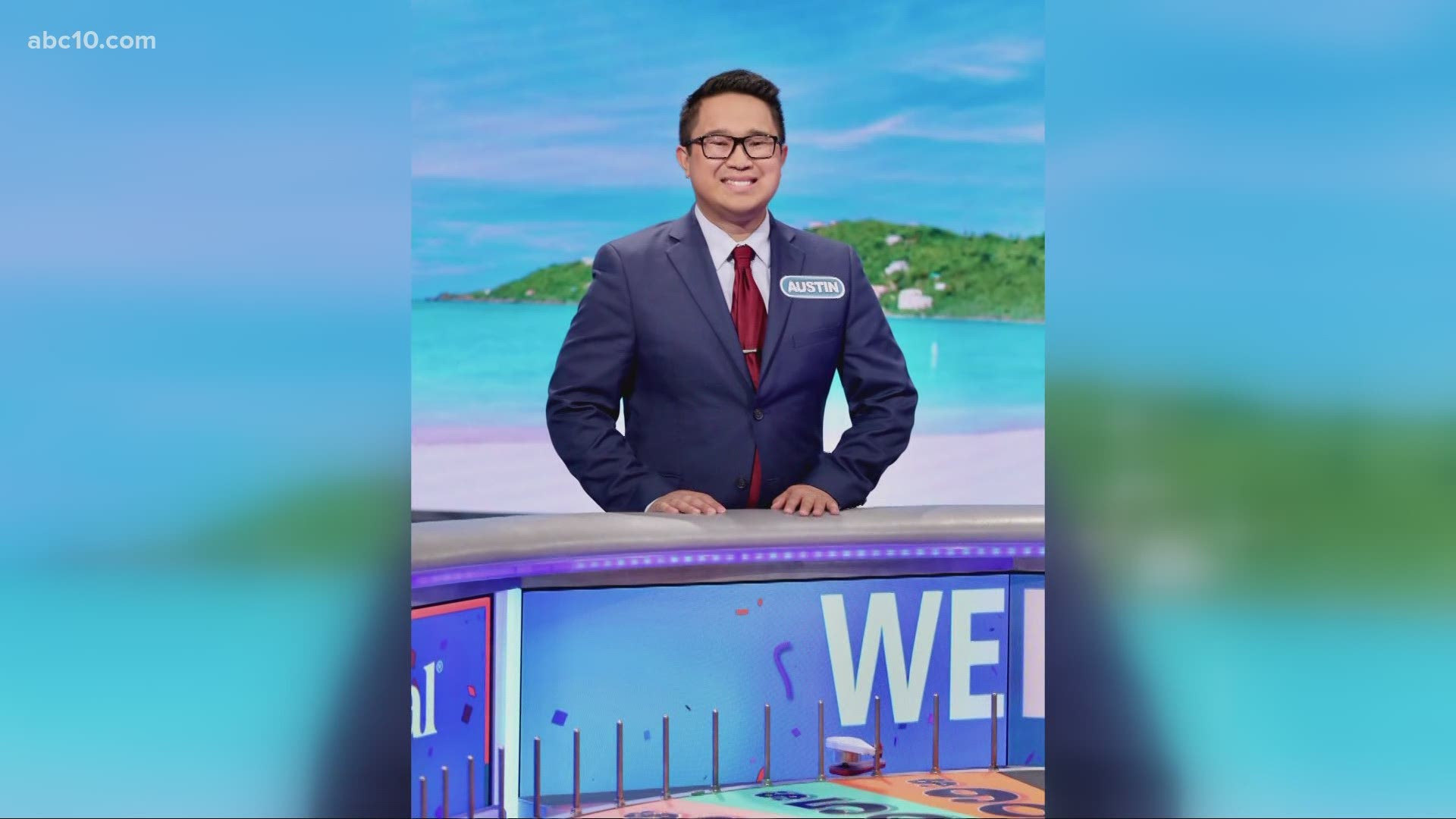 MODESTO, Calif. — Most people can only dream of the opportunity of being a contestant on a game show, but for a young man in Modesto, that dream became a reality.

Austin Castro is still pinching himself after his appearance on Wheel of Fortune. The Modesto native, who’s currently a student at San Francisco State, was trying for several months to get on the show, and when he finally got the call, it made it all worth it.

“I told my professor, ‘Hey I have to miss class next week because I’m on Wheel of Fortune'," Castro said. "And I’m pretty sure that’s an excuse they’re never heard. I’m just so grateful to have this opportunity and I still can’t believe its real. I have to watch the episode to remind myself that actually happened. I’m just so thankful to have this opportunity and I wouldn’t change it for anything.”

Castro ended up landing on bankrupt multiple times during his appearance. But he still left the show with over $3,700. Not too shabby.

Castro is currently studying communications and he just landed a job as production assistant at KPIX in the Bay Area. He dreams of one day becoming an entertainment reporter, like one of his biggest inspirations, someone who happens to be in the ABC10 family.

“Mark S Allen. I’ve been watching him since I was younger," Castro said. "I actually would love to get into entertainment reporting. I think what he does is phenomenal. I see him at all the press junkets doing all entertainment stuff. I like to think of myself as a very fun outgoing person, kind of like Mark is. And I hope to one day actually meet him.”

As far as his next game show goal, Castro wants to be on the ABC show Press Your Luck.