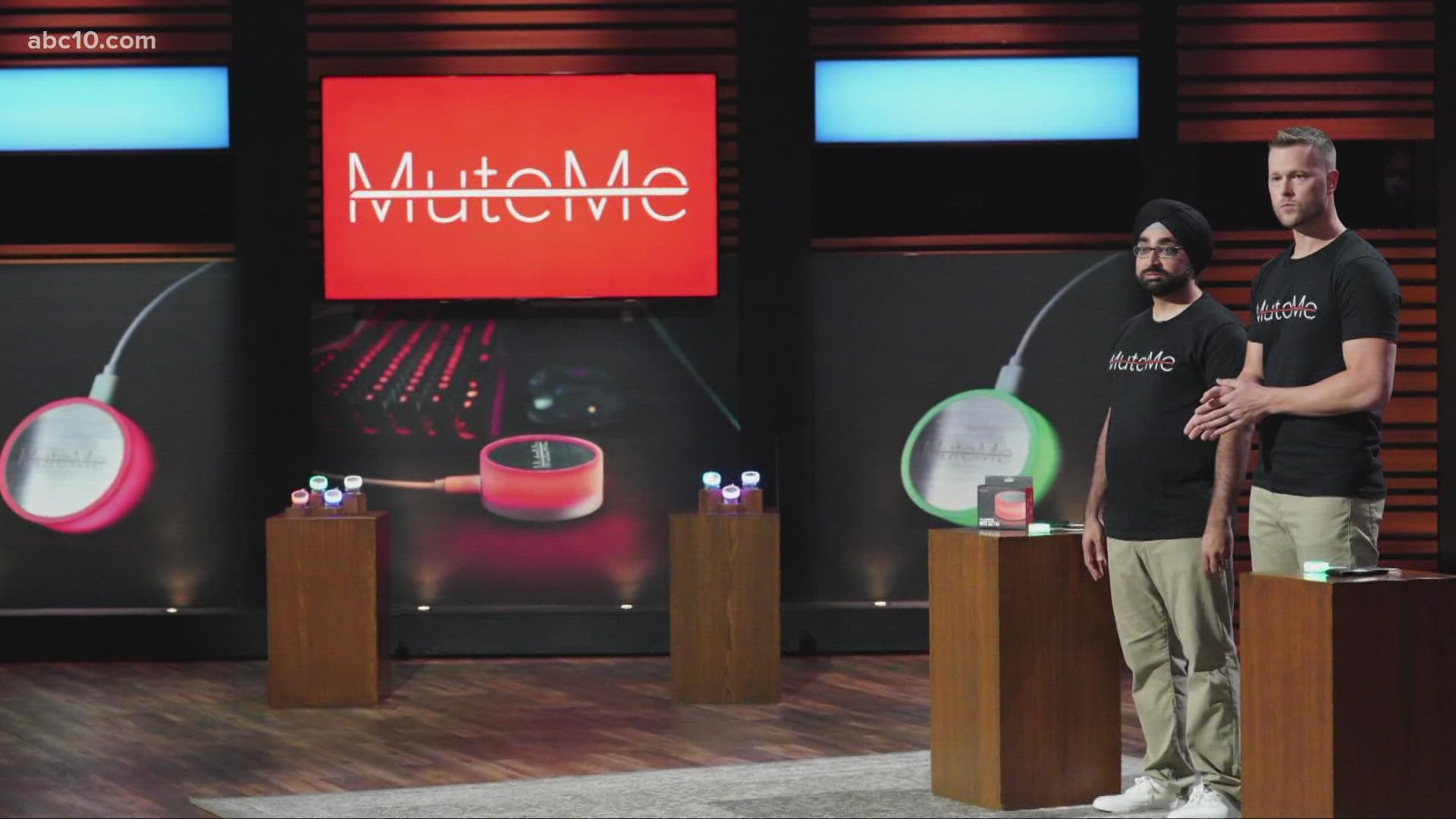 ROCKLIN, Calif. — For Parm Dhoot of El Dorado Hills and Tye Davis of Rocklin, being on "Shark Tank" is not only a dream come true, it’s a dream they’ve more than prepared themselves to give up on.

“Even after we recorded the show last spring, the producers would routinely check in on us to remind us that it’s a slim chance our segment would make air,” Parm said.

"They’d constantly monitor our social media to make sure we’re not representing anything controversial or counter to our message," Tye said. "With less than three weeks warning, they called to let us know we are going to be on!”

The team — which also includes families helping with assembly, shipping and marketing — has created MuteMe, a stand alone computer device that not only mutes audio on virtual calls, but also illuminates a bright warning light to cue users that their mic is open. Tye said the device was developed during the coronavirus pandemic.

“Knowing that virtual meetings are here to stay, we saw the need,” Tye said proudly.

Weeks after launching, they’ve sold over 20,000 units and have an exclusive partnership with Staples.

Parm said that they’ve been blessed with much of this happening automatically.

“Yes, we put in the countless hours of hard work, but upon launching, it all came very naturally,” Parm said.

Their energy suggests something great happens on their episode; however, they’re quick to point out the iron-clad non-disclosure they’ve signed with ABC.

“Even our closest neighbors have tried to get details," Parm said, adding the episode airs Friday, Oct. 15.

Corn Maze in Dixon, Calif recognized in the Guinness Book of World Records