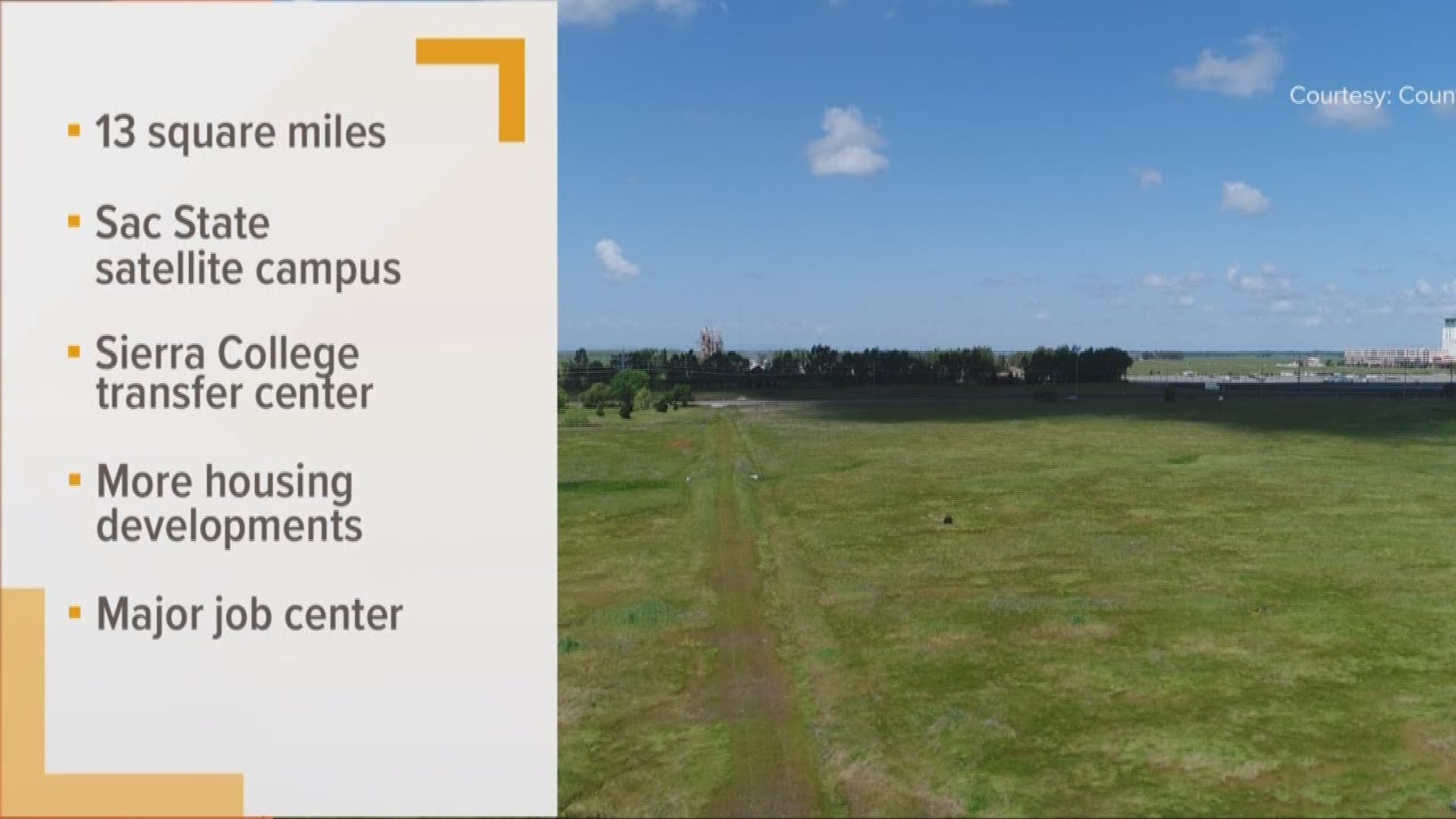 PLACER COUNTY, Calif — There's 8,497 acres of land sitting in an unincorporated area between Roseville, Rocklin and Lincoln near Thunder Valley Casino and the Waste Manageent Facility. It's a plot that county officials have had pegged for a new development plan centered around a new university campus.

Placer County’s goal, ultimately, is to use 300 acres of the land to build a satellite campus for California State University, Sacramento that could support as many as 25,000 students. It also wants to have a Sierra College transfer center on the site to serve an additional 5,000 students.

According to Chris Gray-Garcia, Placer County's Director of Communications, said the county's vision is to have them begin their studies at Sierra College and complete four-year degrees at the same Placer campus.

Gray-Garcia said the plan would also include turning Placer Ranch — a 2,213 acres of land located entirely within the Sunset Area Plan — into a mix of housing, commercial space and a town center.

"We want to create a unique employment, entertainment and education center for residents" Gray-Garcia told ABC10. "We want people to go to school here, work here and live here, without having to drive to Sacramento."

Gray-Garcia said the county sees this as a great opportunity for economic growth for an area considered one of the fastest growing in the state, according to a review of Census data by 24/7 Wall St.

The area next to the proposed plot of land already has a lot of homes, but new development would bring even more in order to create a major job center close to the university campus.

That proposed Placer Ranch area would include approximately 8.5 million square feet of commercial, employment and university-related, non-residential use. More than half of that land would be located in a campus park district that would have office and commercial spaces, Gray-Garcia said.

Placer Ranch would include north of 5,600 homes, elementary and middle schools, about 300 acres of open space and parks, a town center with bike and trail network that ties into existing trails and connects the university campus with the schools, parks and neighborhoods.

Right now, this is all in the final planning stages. It will be up for final consideration by the county Board of Supervisors next month, with construction dates to be announced after approval.