When Rich Diltz found out a friend was diagnosed with breast cancer, he decided to take action. 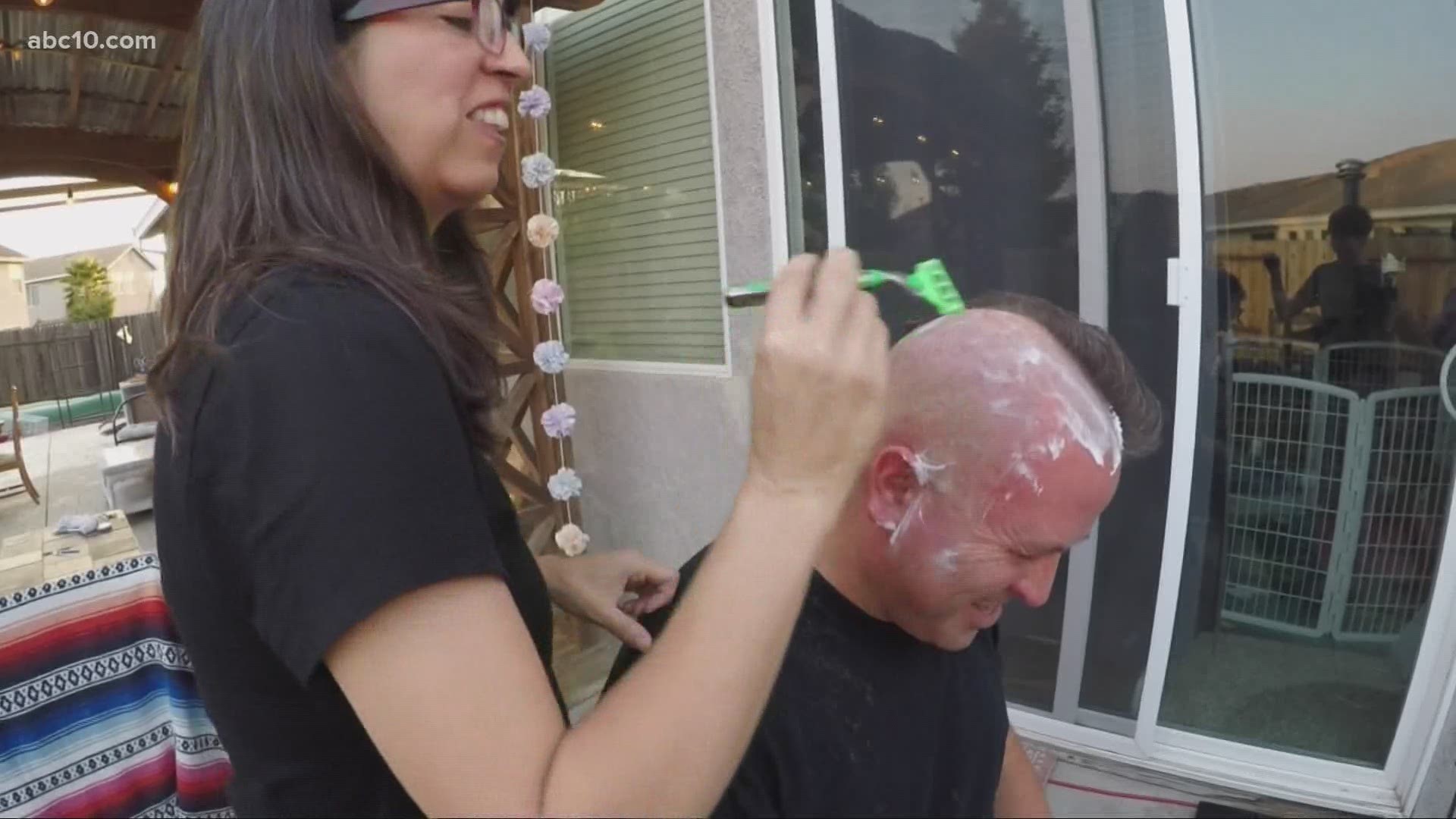 SACRAMENTO, Calif — Well, you might be hard pressed to find many people who would walk around with their hair in different colors and styles, but for one Sacramento man, this was the length he went through to raise money for a great cause.

When Rich Diltz found out Laurel, an old friend from high school, was recently diagnosed with breast cancer, he was compelled to do something.

"She’s always had long golden hair for as long as anyone can remember," Diltz said. "She was having a hard time dealing with losing it."

So, that’s when Diltz got the idea to do something unique to raise money for breast cancer.

“It occurred to me…I can be kind of goofy," Diltz said. "I thought...what if for every $100 people donated, I could take the clippers and do a stripe in my head. And they can make me look like a clown or very goofy.”

And Diltz was a man of his word. For every $100 donated, he slowly shaved his head and went through some interesting hairstyles in the process. He’s already raised over $2,600, and all the money is going to the HERS Breast Cancer Foundation.

“The really cool thing for me is that I’ve gotten more out of doing this than anyone," Diltz said. "If we all just work a little bit more to help each other out, things would be a lot better.”

Stacey Abrams debuts new documentary 'All In: The Fight for Democracy'