Map-making is a tool that is gaining importance and a group of Elk Grove Unified School District students is getting national recognition for their skill set. 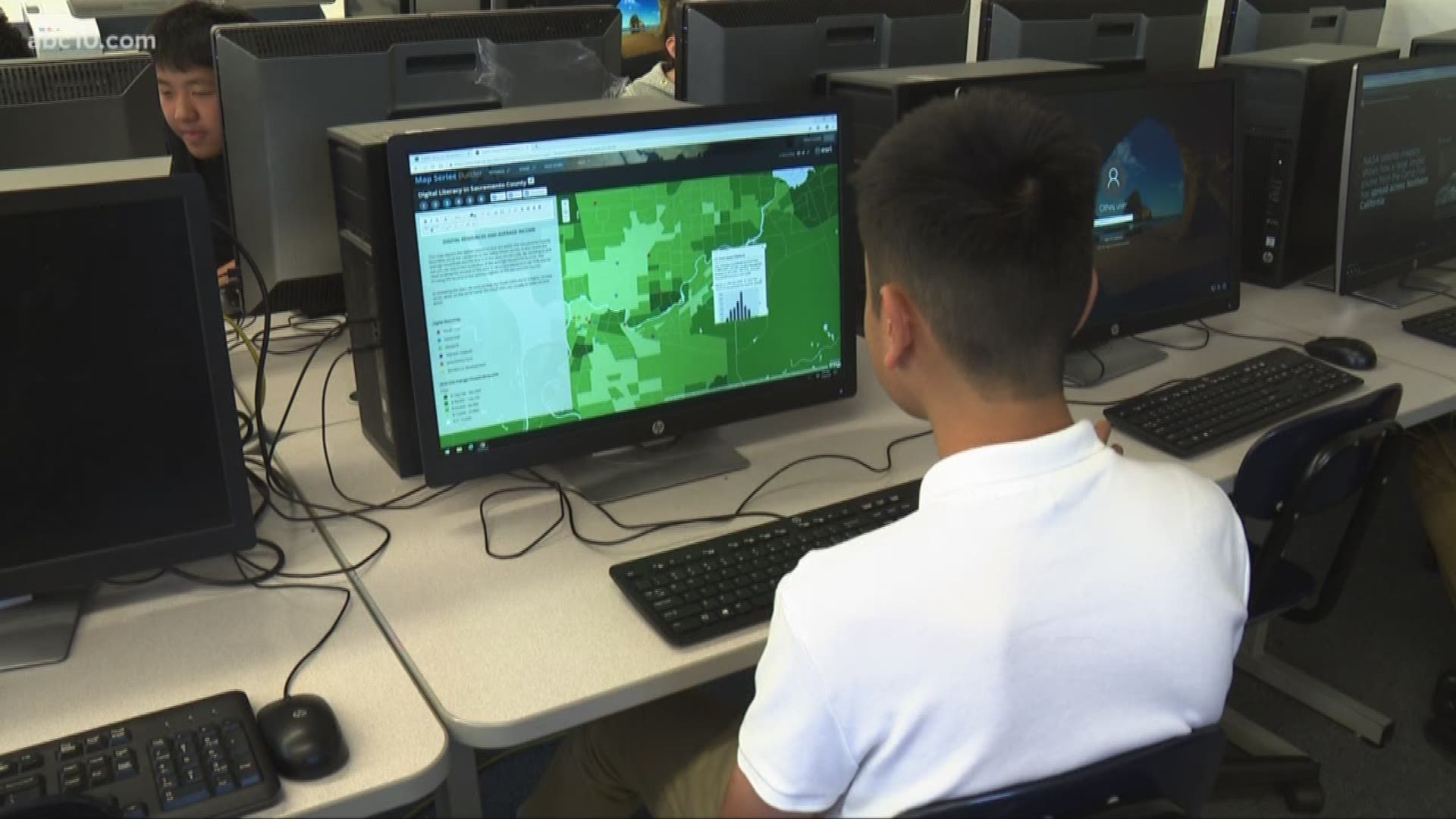 SACRAMENTO, Calif. — Karen Koenig-Sanko spends most of her day teaching students at James Rutter Middle School about maps. While map-reading for travel seems to be a skill that's outdated in the digital age, the map-making that Koenig-Sanko is teaching her students is getting them national recognition.

In March, the American Association of Geographers recognized the Elk Grove Unified School District campus as one of only 15 schools across the nation using best practices for geospatial technology (a.k.a. map-making). Those are Koenig-Sanko's students.

“The skill level that they’re already showing is equivalent to kids in entry level at the college level, so they’re going to be so skilled by the time they get to college,” Koenig-Sanko told ABC10.

As evidence shown following the myriad national disasters, digital map-making is a tool that is gaining importance, and Koenig-Sanko's group of students recognized that.

The group started using a system called "ArcGIS," to create and use maps, compiling geographic data and managing information in a database.

They created interactive maps showing Camp and Tubbs fires destruction, FEMA locations, timelapses and more. They even created maps based on digital literacy, crime in southern California, and the Gold Rush.

The group of kids entered some of their interactive maps into the national Student GIS Mapping Showcase and Competition in May, and one of the maps — based on the Tubbs Fire and created by Xavier Munoz and Isaiah Thao — won first place.

“It’s exciting, because it actually helps other people out there, not only us,” Munoz told ABC10. Munoz added that learning how to make maps through ArcGIS has inspired him to pursue a career in map-making.

And jumping into a map-making career is possible.

Koenig-Sanko says the skill is a stepping stone for them to get in to map-making jobs in the future, one that the U.S. Department of Labor has labeled as "high growth" in demand.

Experts at the University of Wisconsin's Cartography Lab say the field has seen incredible change, especially in the last decade. There is demand for accurate maps, especially across web-based platforms.

The Bureau of Labor Statistics expects 19.4 percent employment growth for map makers between now and 2026. In that time period, an estimated 2,400 jobs should open up.