ABC10's The Daily Blend morning newsletter offers a curated experience of top local stories. Our goal is to help you feel informed, offer tips and make you smile. 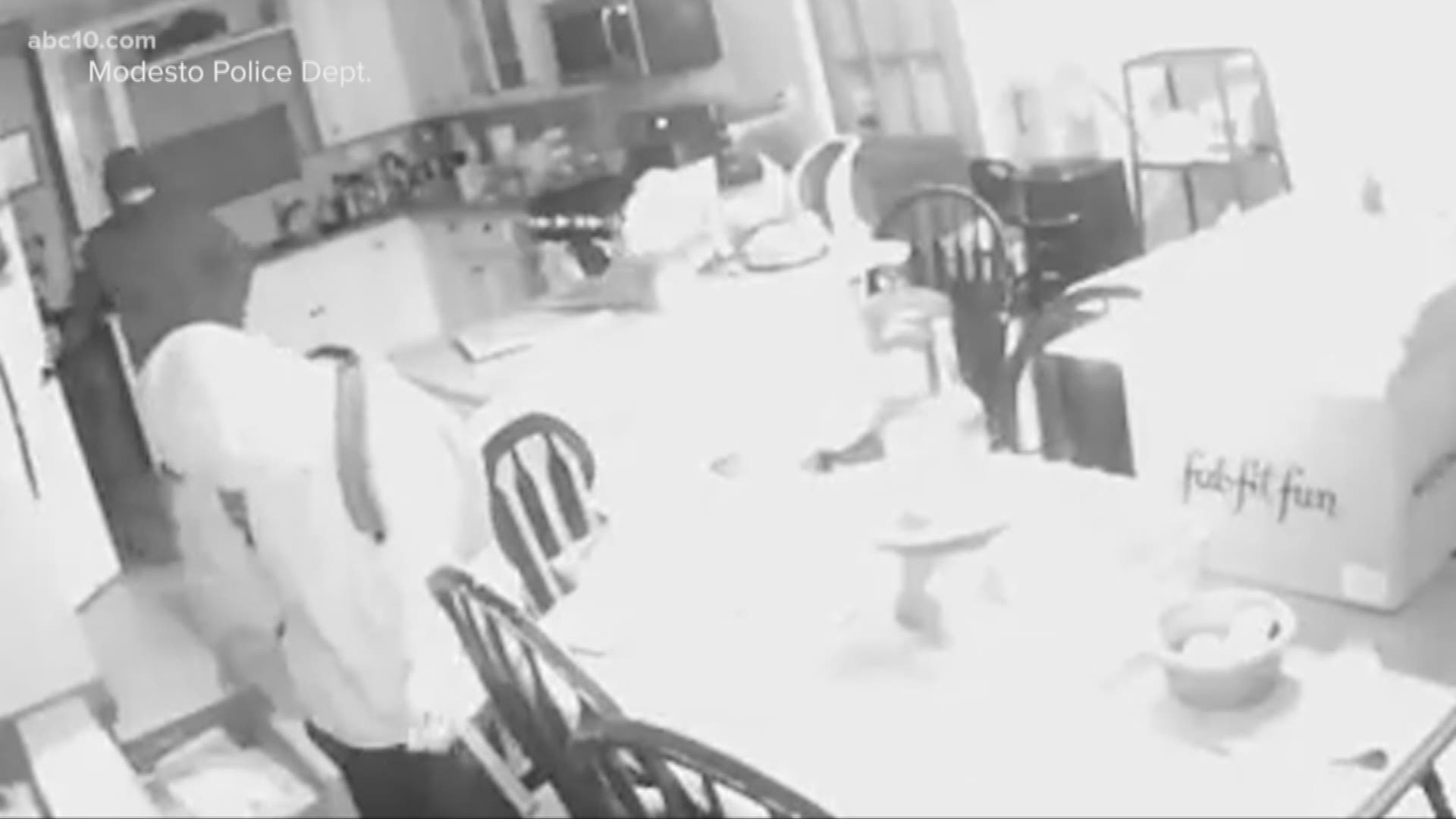 SACRAMENTO, Calif. — We’re relaunching ABC10's The Daily Blend morning newsletter to offer a curated experience of top local stories we’re following now. Our goal is to help you feel informed, offer tips, and make you smile, even if you only have five minutes. Send us your feedback at webdesk@abc10.com.

San Joaquin Sheriff releases security video of Stockton man who said officers beat him in cell – The newly released surveillance video from inside the jail's booking area appears to show Servin take his booking photo, handed over to correctional officers inside the jail, and walked to the back to a holding cell while wearing handcuffs. Servin told ABC10 that's when three officers assaulted him for "like 20 minutes," and repeatedly called him "terrorist" and "Arab." Servin said he is of Mexican and Native American descent. The 18-minute surveillance video, which displays two different camera angles, does not show the altercation with Servin and San Joaquin County officers, nor does it have audio. The sheriff's officials said the officers were not wearing body cameras. Timestamps from the video show Servin, who appeared to be non-combative, being escorted to the holding cell at 1:08 a.m. Monday morning. About 20 seconds later, Servin appears to be taking his shoes off before being walked into the holding cell by three officers. About four minutes later, more officers are seen walking toward the holding cell, some appearing to go into the cell and others standing on the outside. Three minutes later, at about 1:16 a.m., the surveillance video appears to show eight correctional officers walking away from the holding cell. At 2:23 a.m., Servin is seen being walked out of the cell with a visible limp, blood stains on his gray sweatpants and a green jacket. As Servin walks closer toward the surveillance camera, his face injuries can be seen. The San Joaquin County Sheriff said the altercation between officers and Servin happened after handcuffs were removed inside the cell. Because of California state law, surveillance cameras are not allowed in temporary holding cells to allow inmates privacy to disrobe or use the restroom. San Joaquin County Sheriff's spokesperson Detective Andrea Lopez told ABC10 that officers put Servin in that cell because he "chose not to answer questions during the pre-book process." (Kris Hooks, ABC10)

"God was protecting us" – Modesto police are searching for two armed men who broke into a home while a family of six — including four kids — slept inside. The home invasion happened on Dec. 4 at a home near Dezzani Lane and Ustick Road. Modesto Police Spokesperson Sharon Bear said the would-be burglars took off when they heard the residents waking up, but not before a surveillance camera inside the home spotted the pair in the act. The mother of the home, who asked for anonymity for fear of her family's safety, told ABC10 the two suspects woke up everyone in the house with a loud bang. Once the homeowners made themselves known, the mother said the suspects ran upstairs into her daughter's room. The suspects then went into the parents' room, and one of them fired a round into the floor. The two ran off after the father yelled that the police were on their way. "I just had this peace over me — I cannot explain it," the mother said. "I think that God was protecting us. Absolutely." (Joseph Daniels, ABC10)

The hook that started the Camp Fire – A gloved hand holds a rusty, broken metal hook with a stenciled "PG&E" marking in the background. The photograph, published Thursday, provides the first close-up look the public had seen of the root cause of the 2018 Camp Fire, which became the deadliest wildfire in California history when it destroyed the town of Paradise and the surrounding communities of Concow and Magalia. In a recent report, state regulators blamed PG&E for 12 violations in causing that fire. The report says the evidence shows that more than half of the thickness of the metal in the hook had worn away where it hung from the tower, weakening the hook to the point that it broke in the high wind. That caused sparks to fall onto the dry brush below, spreading quickly into the nearby forest due to the speed of the wind and dryness of the plants in the area. The report also blamed PG&E for allowing the wear on that hook to go unnoticed. "PG&E failed to inspect the tower and the C-hook thoroughly to identify the deterioration," the report from CPUC's safety division said. (Brandon Rittiman, ABC10)

If you live in a fire-prone area, you won't lose your insurance...for now – A mandatory moratorium was issued blocking all insurance companies from canceling or not renewing the policies of people living in fire-prone areas in California. Ricardo Lara, California Insurance Commissioner, issued the one-year moratorium, which will last until Dec. 5. 2020, following Gov. Gavin Newsom’s Oct. 11 emergency declaration that also barred insurance companies from canceling or non-renewing policies for residents living in areas that experienced major wildfires. Lara’s authority to issue the moratorium stems from Senate Bill 824, authored by Lara when he was a senator and passed in 2018. This is the first time the law has been applied since it went into effect in January 2019. According to the California Department of Insurance, the moratorium will help more than 800,000 residents who live in high-risk wildfire areas in the state. (Matthew Nuttle, ABC10)

Listen to the wind blow; watch your tires get stuck... From keeping a spare set of chains in your car, to practicing how to put them on, here's what you need to know before heading up to the high country. With another storm approaching, these helpful tips will keep you from getting stuck and ruining your weekend. (Lena Howland, ABC10)

Adoption parties are better than birthday parties... Young Michael Orlando Clark Jr. of Michigan invited all his friends from kindergarten to a special event. Michael was being adopted, and he wanted everyone to see. "We began the school year as a family," Clark's teacher said. "Family doesn't have to be DNA, because family is support and love." Excuse me, I have something in my eye. (Tegna)

ABC10 and the Salvation Army encourage you to help make the season bright for everyone. Be a part of our Angel tree program. Adopt an Angel Tree tag at your local Great Clips, purchase the gift on the tag, return it unwrapped to the Great Clips location, and grant the wish of a local child. For more information, visit www.abc10.com/angeltree