What is an avalanche? | Weather You Know

An avalanche begins with the weather. Often after heavy snow, the flakes will pile up, forming a loosely bonded area of snow that is formed on top of other layers. 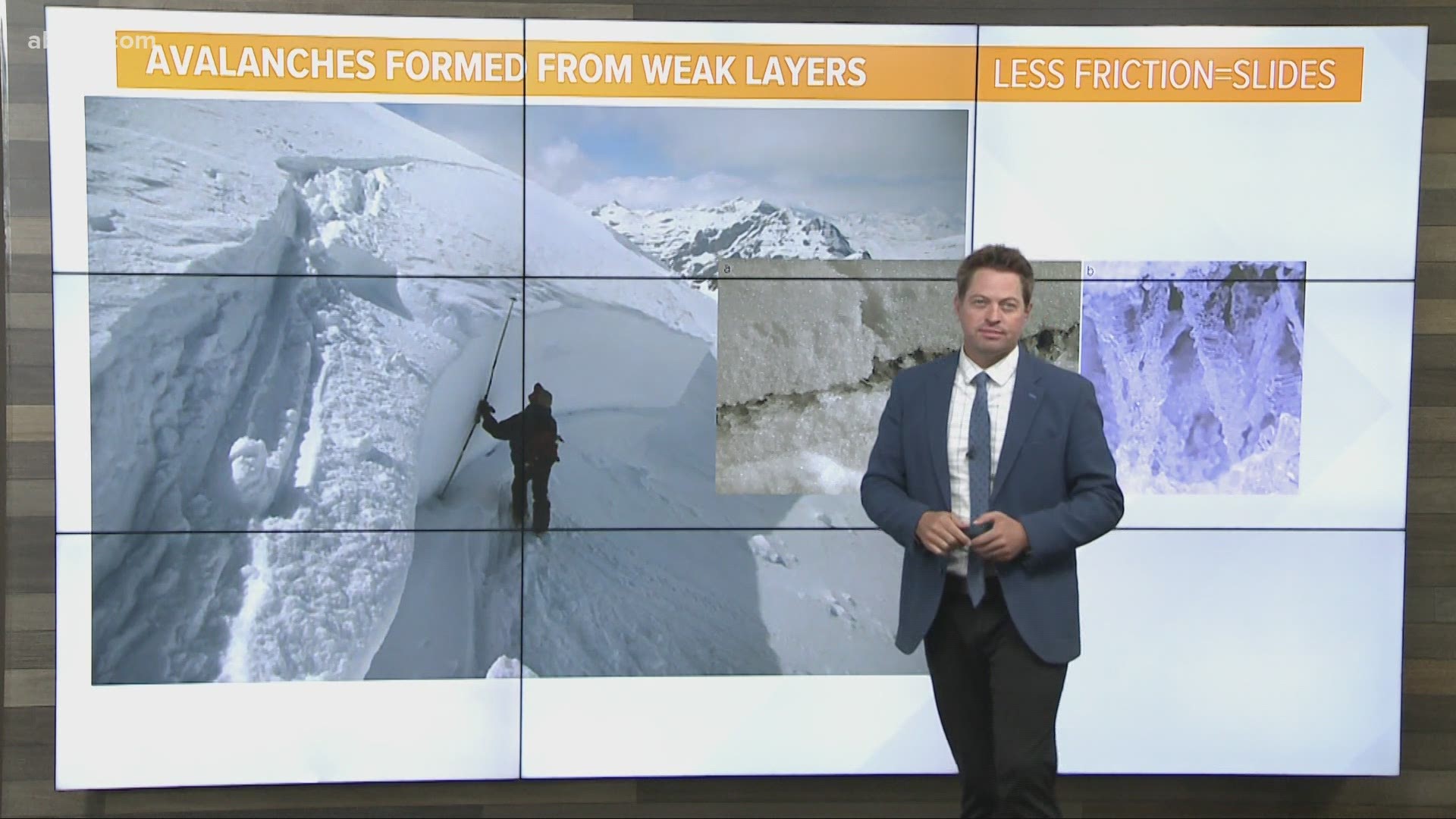 SACRAMENTO, Calif. — Avalanches can be scary and deadly events, but they are fairly easy to understand.

An avalanche is a large area of snow moving all at once. It can move very quickly with enough force to take out stands of trees and level buildings. They can also bury skiers, snowboarders and snowmobilers that may have accidently triggered the slide.

An avalanche begins with the weather. Often after heavy snow, the flakes will pile up in inches and feet, forming a loosely bonded area of snow that is formed on top of other layers. The previous layers are very important and can sometimes contain areas of very loose snow or slick plate-like formations of snow. This area is called a “weak layer” and forms a zone with less friction that is barely holding the deeper and heavier layers on top.

After a natural or human caused trigger moves in the area, an avalance can break off the entire column of snow at once and trigger an avalanche. The severity of the avalanche can vary from the deepness of the layer moving, or steepness of terrain. Weather plays a very important part in the deepness of snow, and the loading by wind creating unsustainable areas of snow on steep elevations.

Knowing the structure of the snowpack and angle of slope and recent weather you can limit your exposure to avalanche conditions.

Weather you know: How do you predict the weather a few days from now?