Why Guy: Why is the Tower Bridge gold?

If you've ever wondered why the Tower Bridge is painted gold? Walt has the answers for you. 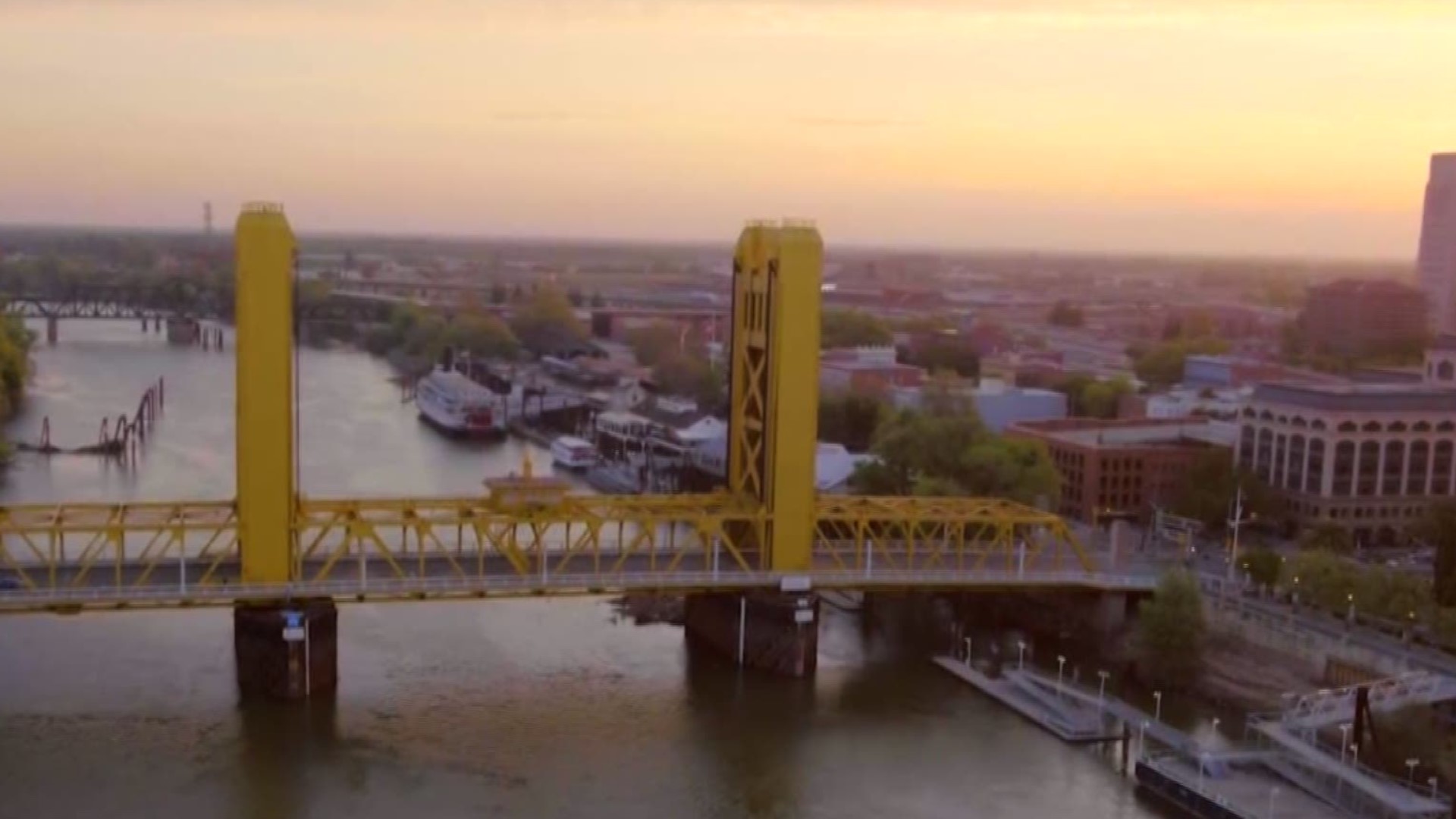 The Tower Bridge in Sacramento — you can’t miss it.

Since 1935, it’s connected Sacramento to Yolo County. It’s been painted several times with many colors. Now, it’s metallic gold. So, why that color?

For many years, the bridge was a silver-aluminum color, then in 1976, it was painted yellow.

According to Dennis Keaton, Public Information Officer of Cal Trans, back in 2002, the public was offered the opportunity to vote on three different colors: metallic gold; a blend of burgundy, silver, and gold; or a green, silver and gold combination.

“Metallic gold won and it wasn't even close," Keaton said.

Even though metallic gold was the leading vote getter, it doesn't mean everybody likes it.

After one commenter said the bridge looks like, "was sprayed with hundreds of cans of cheap gold paint," Keaton responded by saying if it was cheap, it wouldn't have lasted as long as it has.

And, just so this "tale of why" isn't completely frivolous with schtick, a news fact to bridge this story: it's named the tower bridge because it has two towers. That's why.

If you're not of fan of metallic yellow and hope the bridge gets repainted soon, well, you're maybe out of luck. It was painted in 2002 and it's a 30-year paint job.