Why Guy: Why are there barrels hanging above the American River?

Barrels strung up on a wire hang over the American River in Auburn. But why? 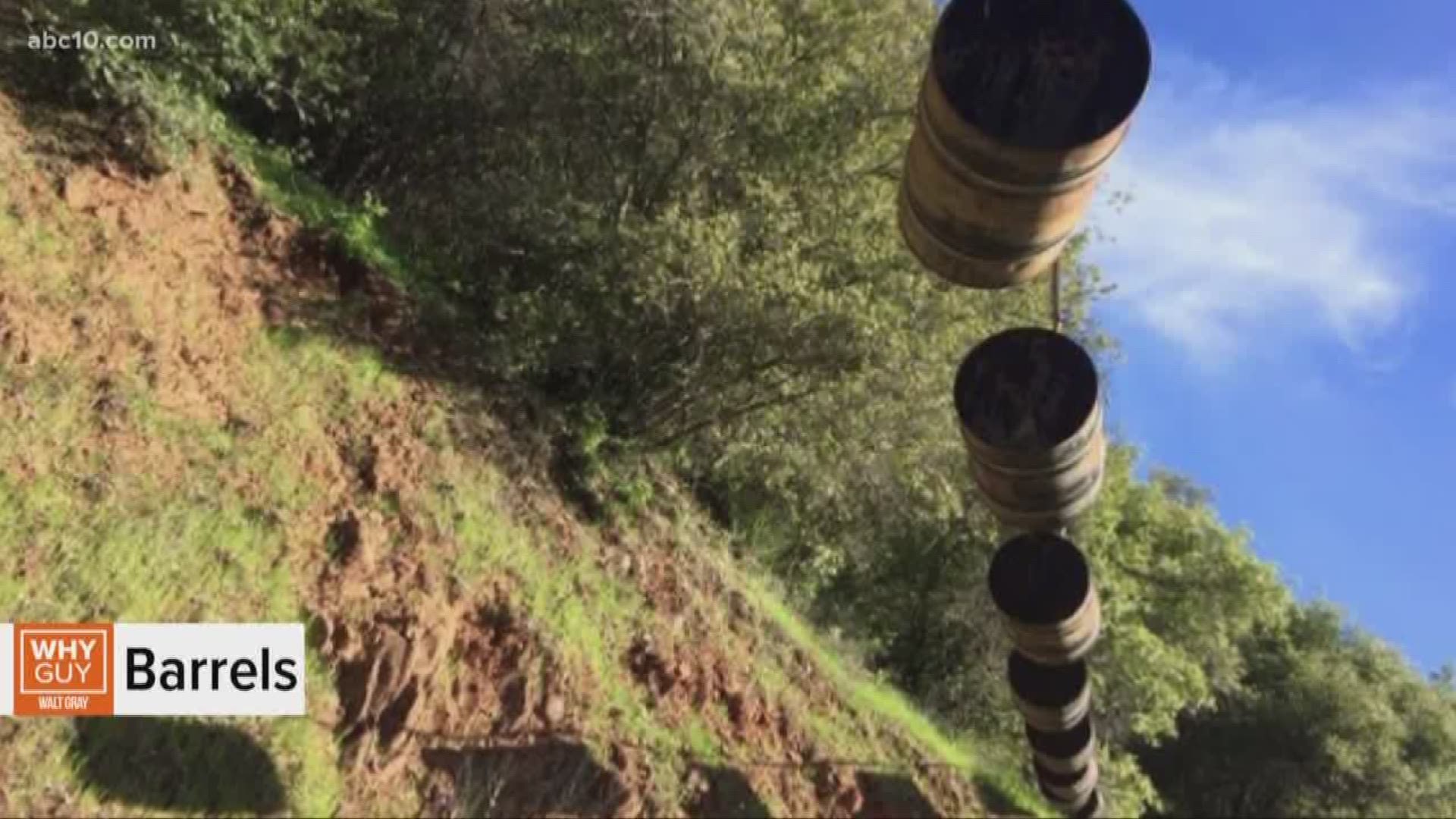 SACRAMENTO, Calif. — Today's Why Guy question comes in via e-mail from Meagan...

"Good Morning. This question is trending on Reddit right now. Why are there barrels hanging above the American River?"

We checked into it and found not just barrels, but barrels strung up on a cord! It’s in the Auburn State Recreation Area near Robie Point. The barrels are visible from the hiking trail.

One Redditor wrote, "There was a proposal to build a dam in the area and the barrels are filled with foam. The barrels would float and act as a buoy line to prevent boats from hitting the shore. Dam never ended up being built."

What are these hanging barrels for? We'll see them occasionally on hikes in the area. from Sacramento

That's somewhat accurate. ABC10 contacted the State Parks Department who referred us to the Auburn State Recreation area folks. But, we found that the barrels are not relics of the scuttled Auburn Dam project.

"The barrels were related to the Auburn Cofferdam, which was built in the 1970s and failed in the 1986 flood," said Mike Howard, Auburn Sector Superintendent for California State Parks. "When the Cofferdam was in place, the entire river was diverted into a tunnel. They didn't want logs getting stuck in the tunnel so the barrels would catch them upstream."

The failure of the Auburn Cofferdam happened in February 1986. With everything collapsing along the banks of the river, the barrels failed to keep logs from going over the dam. Prior to the 1986 flood, the barrels also served as a last chance warning for rafters and kayakers to not go into and over the dam area.

WATCH MORE: Why are highways numbered the way they are? | Why Guy