Why we don't have every Borox plane in the air dropping the retardant on the fires? | Why Guy 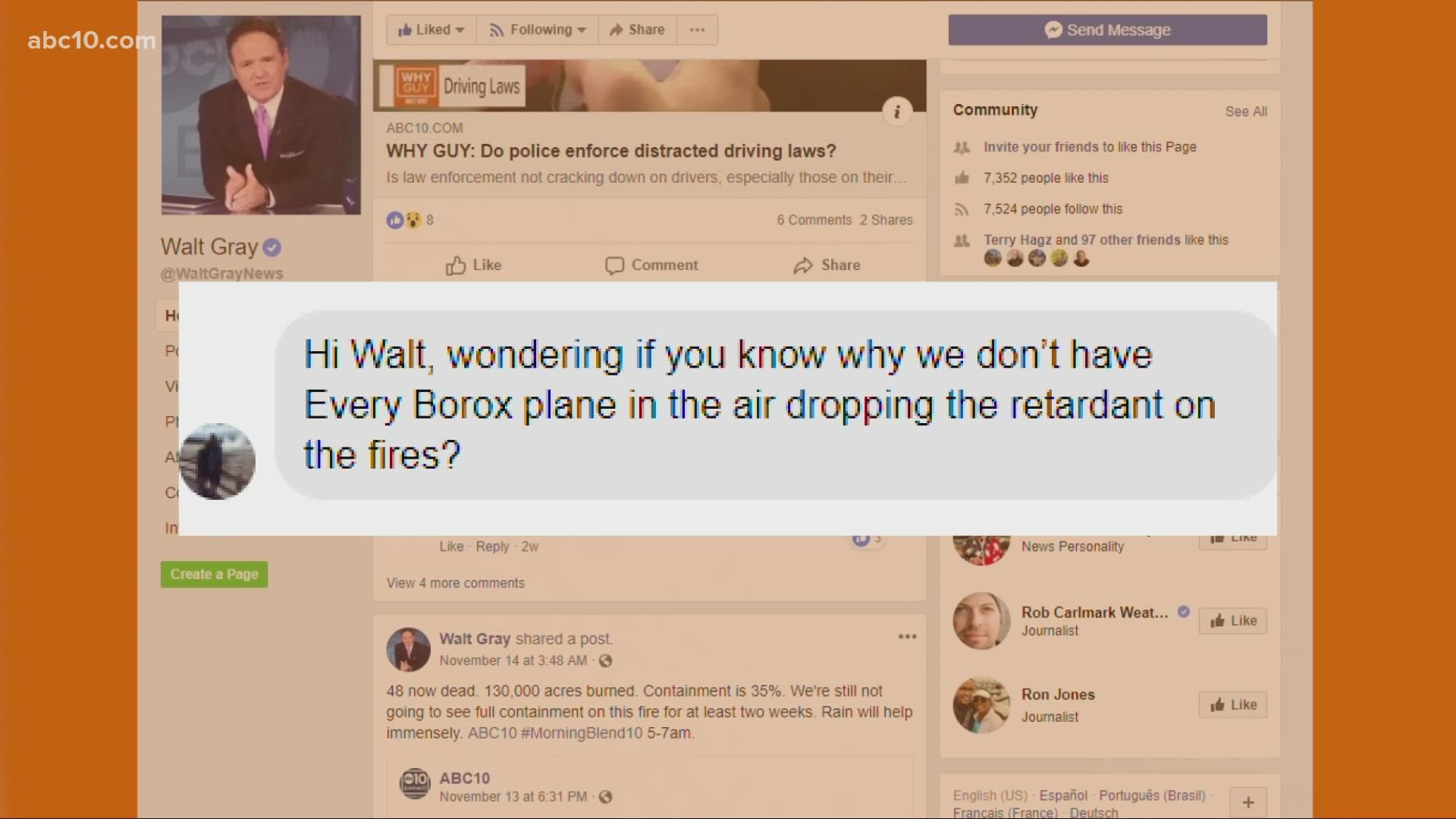 SOUTH LAKE TAHOE, Calif. — Today's Why Guy question comes from Kathleen Hamilton, who asked, "Hi Walt, wondering if you know why we don't have every Borox plane in the air dropping the retardant on the fires?"

Kathleen, air tankers stopped dropping Borox on fires 50 years ago. Borate was used for only two years in the 1960s and was found to be detrimental to the environment.

What fire crews are dropping on fires is called Phos-Chek, which is an 88% water-based retardant mixed with a non-toxic commercial grade fertilizer. It's has a clay-based dye to make it visible from the air and on the ground.

Cal Fire has been dropping retardant constantly during the 2021 wildfire season. All available air tankers in the country are flying right now. If you think that air tanker use is down, it's actually the highest its been in three years.

Fire Retardant use by aircraft:

"It's important to remember that while air tankers have an important role in suppressing fires, its the firefighter crews, fire engines and bulldozers on the ground that actually put the fires out," Cal Fire Battalion Chief David Krussow said, adding visibility is a big challenge recently in getting air tankers flying. Smoke is grounding planes because if pilots can't see the ground or other aircraft nearby, they can't fly.

On days where there's good visibility, the fires burn rapidly.

Be assured, you'll be seeing plenty of air drops in the coming weeks and months.

Why does a recall election cost so much? | Why Guy