Why do we no longer see community service workers cleaning the roadways? | Why Guy

A question from Lana Alton on Facebook: "It seems like I don't see crews and our roadways are filthier than ever!" 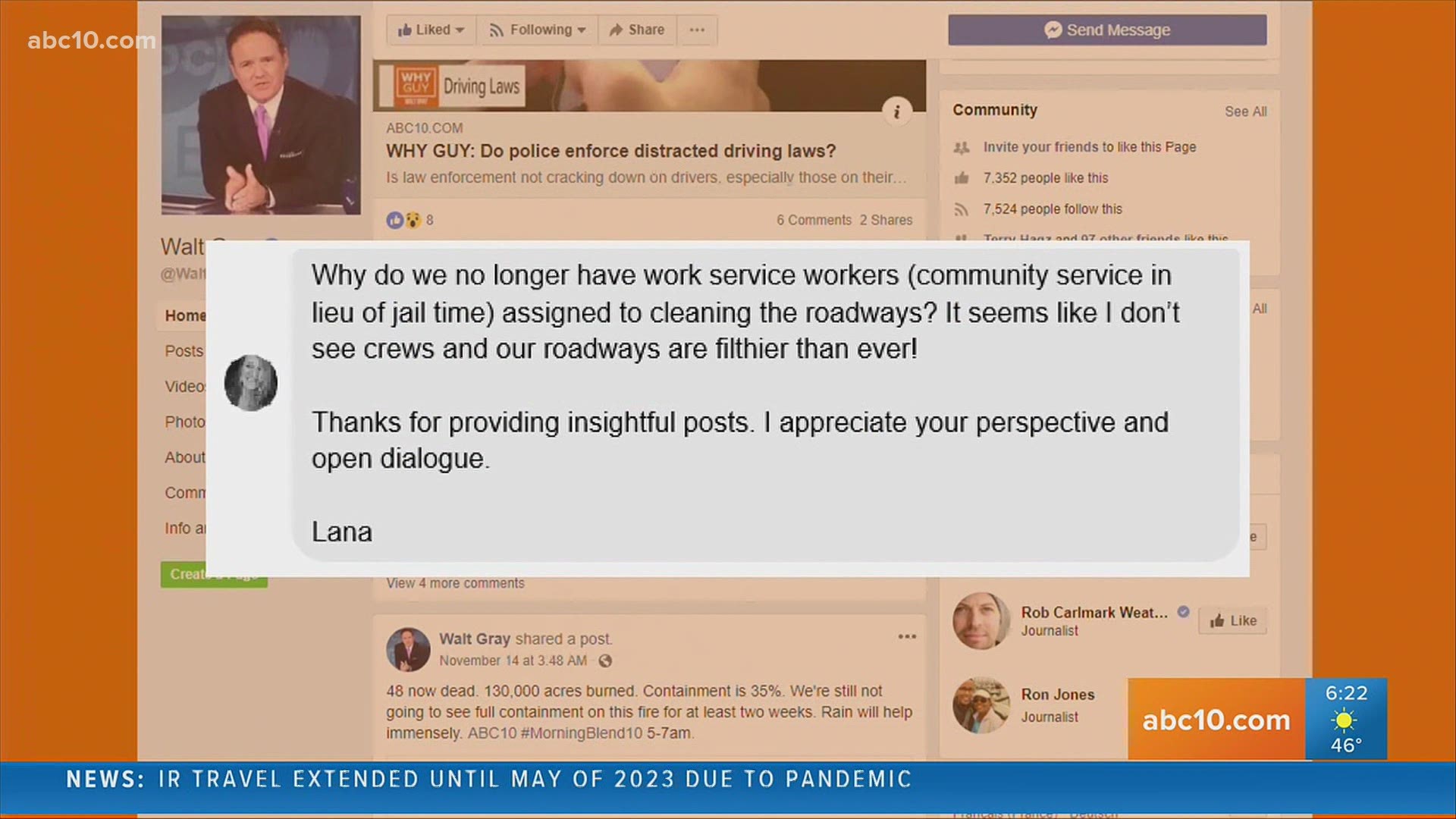 SACRAMENTO, Calif. — Today's Why Guy question comes from Lana Alton on Facebook: "Why do we no longer have work service workers (community service in lieu of jail time) assigned to cleaning the roadways?

"It seems like I don't see crews and our roadways are filthier than ever!
Thanks for providing insightful posts. I appreciate your perspective and open dialogue."

Lana, you're welcome. As you can guess, work crews have been greatly restricted during the pandemic.

From March to June, 2020 the crews were shut down and were reinstated only partially since then to comply with county and state health guidelines.

Even getting workers now to clean up sites is a challenge.

The bulk of workers have been convicted of misdemeanors. With courts operating on a limited basis, there haven't been enough people convicted to generate a bigger workforce.

As to WHY highways, roads and public areas are particularly littered, it’s because the Sheriff’s Department's contract with Regional Transit and Sacramento City Utilities has been suspended during the pandemic.

However, this doesn't mean you won't see workers out somewhere.

Sgt. Grassmann says that, "Currently there is an active contract with Cal Trans, Sac County roadways three days per week and the City Historic Cemetery two days per week."

Perhaps as restrictions lift more and more, you will see less trash on the roadways.

Why does downtown road construction seem never-ending? | Why Guy