Why Guy: Why is California still changing clocks for daylight saving time when we voted to change it?

California voters passed Proposition 7 in 2018 by 62% to change daylight saving time to make it full-time. We'd stay on the spring-forward schedule year round. 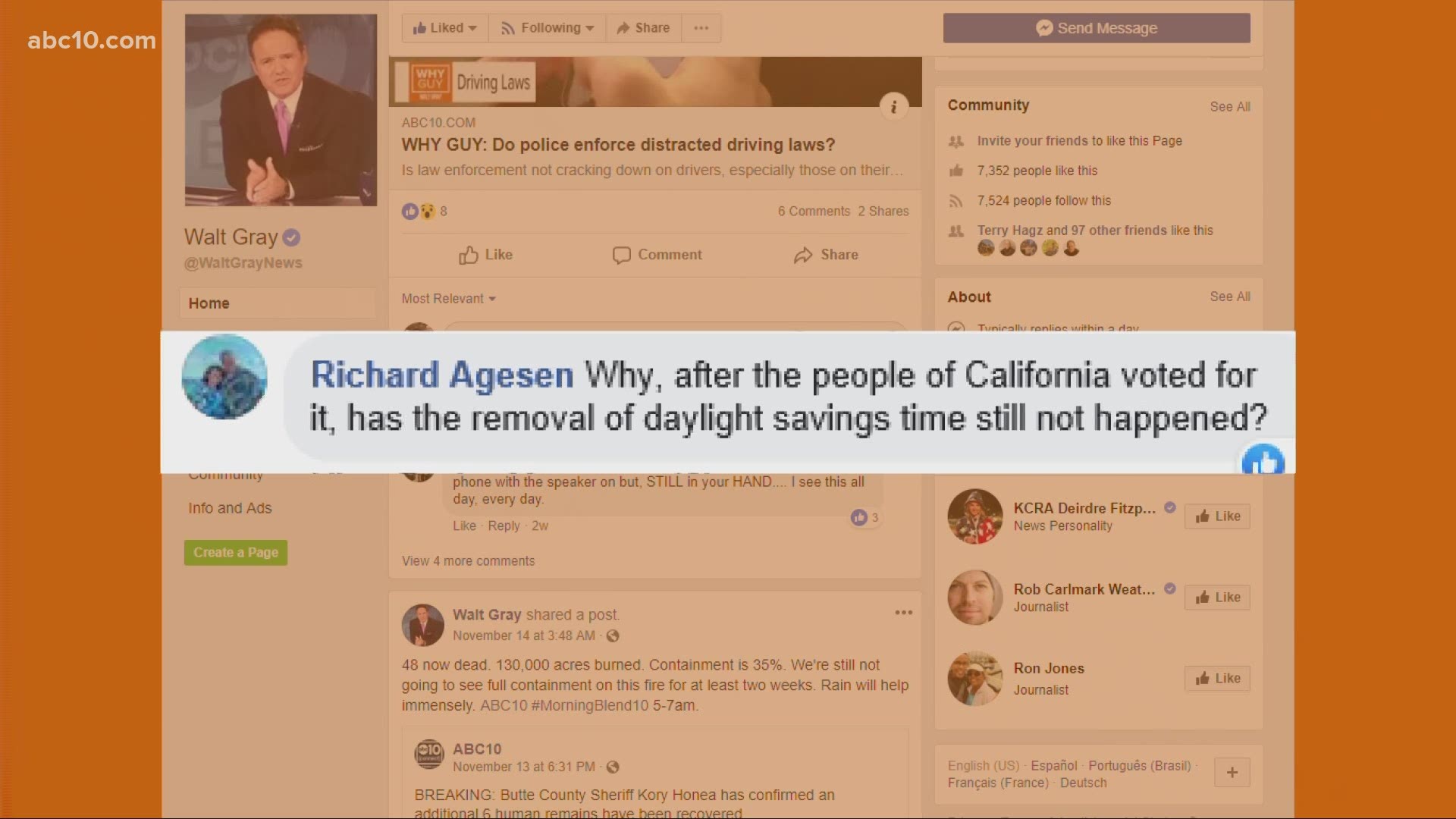 SACRAMENTO, Calif. — Today's Why Guy question comes from Richard, who asks "why, after the people of California voted for it, has the removal of daylight savings time still not happened?"

Some quick housekeeping for Richard and millions more, it's daylight saving time. No S in saving.

Even though Californians did vote to end the clock switching, the California State Senate needs to pass this by a two-thirds vote and they haven't yet. It's stalled. Even if it did get passed in California, the federal government then needs to approve it. So, what's the sense of voters passing it by 62% and the state senate not approving it?

Another wasted proposition that we approved that goes nowhere. Another Why Guy story for later!

Two states that don't mess with their clocks are Arizona and Hawaii. They don't do daylight saving.

Watch more: Here’s what would happen if PG&E turns off power on election night