Is it possible to use supersonic sound waves to put out fires here in California? | Why Guy

The answer is yes, but it's complicated. 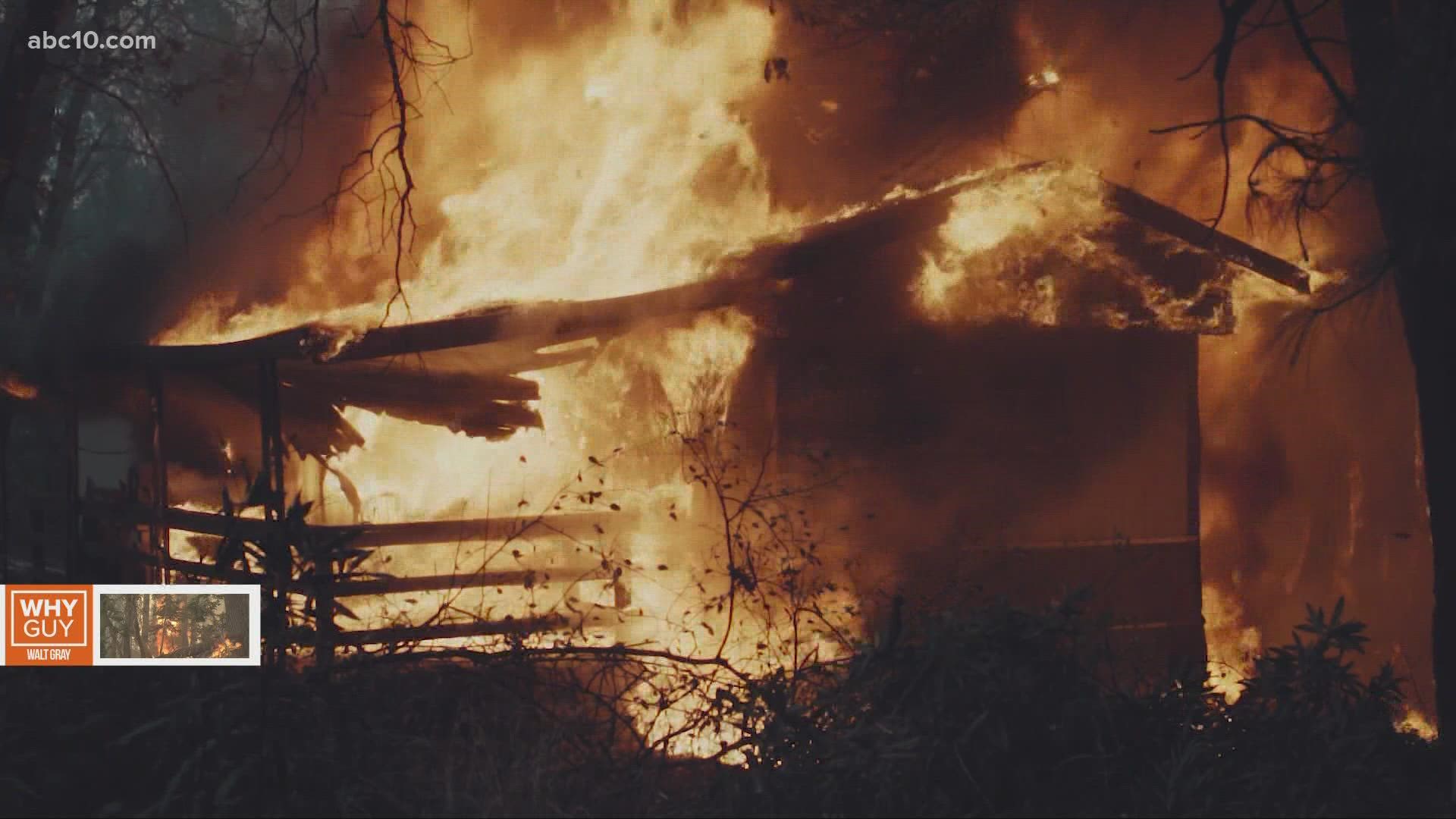 SACRAMENTO, Calif. — Today's Why Guy question comes to us from Kim, who asks "is it possible to use supersonic sound waves to be put out fires here in California?"

Kim, the answer is yes. Maybe.

Back in 2015, two college students from George Mason University in Virginia developed a basic prototype sound wave blaster that put out fires. It was designed to move oxygen with pressure on the flames.

Its primary use would be creating boundary lines that prevent fires from spreading. Sound waves would be blasted from above the fires using drones!

The idea is to starve the fire and snuff it out. The prototype works when putting out kitchen fires.

What is needed is continued development so the device can handle a fire of the magnitude of what we've been seeing around California the last several years.

The two who developed the prototype were recently invited to Nevada City to demonstrate and educate local residents and city officials. In order to fight bigger fires, the acoustic extinguisher needs larger-scale testing. The two continue tweaking their prototype on the higher more well-funded corporate level with needed results hoped for soon.

It's been over 50 years since new firefighting technologies have been developed.

Why we don't have every Borox plane in the air dropping the retardant on the fires? | Why Guy