What is the California Legislative fee listed on DoorDash receipts? | Why Guy

Even though it says legislative fee, it isn't a state tax or fee. So, what is it? 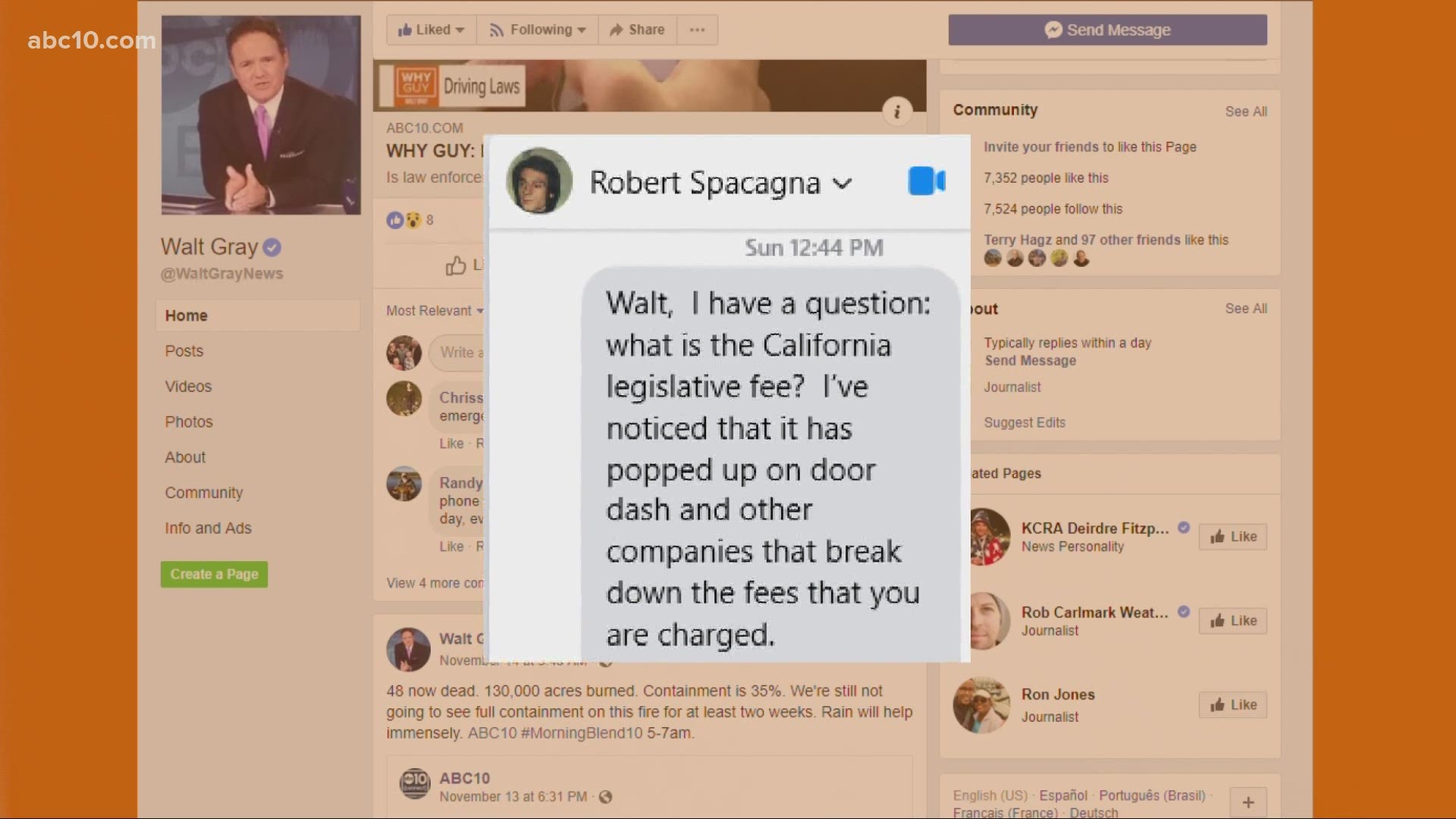 SACRAMENTO, Calif. — Today's Why Guy query comes to us via Facebook from Robert Spacagna, who asked, "what is the California Legislative fee? I've noticed that it has popped up on DoorDash and other companies that break down the fees that you are charged."

Robert, a legislative fee on a DoorDash bill? Is that another state tax?

The Why Guy first asked H.D. Palmer, a legislative analyst for the California Department of Finance, if this was in his wheelhouse. Palmer investigated the legislative fee on DoorDash receipts. He says It's not a state tax or fee.

But he did direct us to DoorDash itself as the possible origin of the legislative fee.

On Robert's receipt, his DoorDash bill lists a "California Legislative fee" for $1.90. An added fee created by and for DoorDash itself. In other places throughout California, the fee appear on receipts as "Oakland Fee," "San Mateo County Fee," "Fresno Fee," and even "Regulatory Response Fee."

So, why the fee? There's a cap on what DoorDash can charge restaurants in delivery fees, so it will make up the difference with their own fee. It’s usually anywhere from $1 to $2.50 and it's done all over the country.

Why aren't there more reply options on Facebook? | Why Guy