Why are Californians paying more at the pump? | Why Guy

The national average as of Wednesday, June 9, according to AAA was $3.08 per gallon. In California, our average is $4.22. 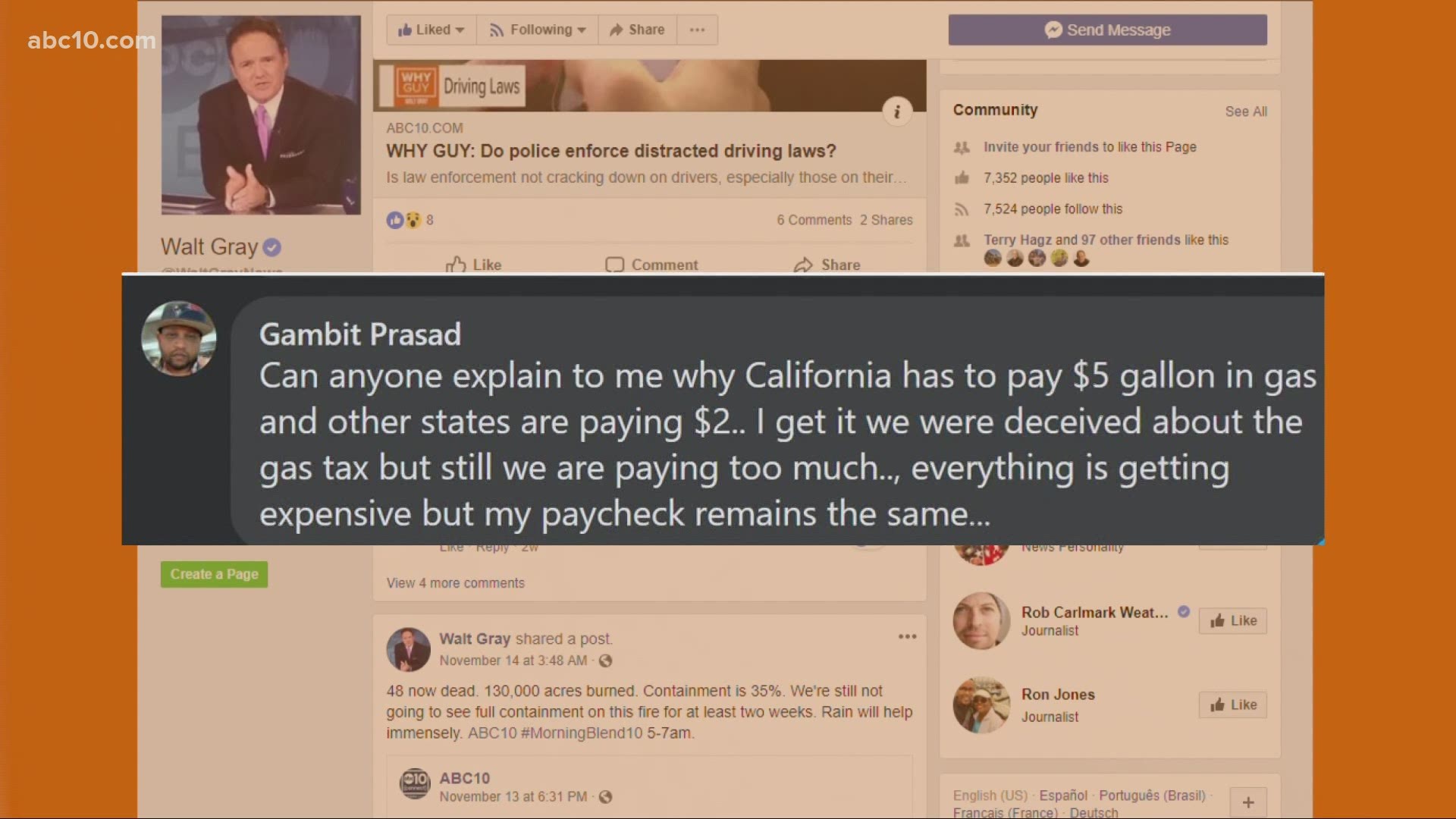 CALIFORNIA, USA — Today's Why Guy question from Gambit Prasad, who asks "can anyone explain to me why Californians are paying $5 gallon in gas and other states are paying $2? I get it. We were deceived about the gas tax, but we are still paying too much. Everything is getting expensive, but my paycheck remains the same".

Gambit, we get lots of questions about our gas prices. Californians pay 81 cents per gallon in taxes in the Golden State, so that adds up plenty more than what other states pay. We're also transitioning to the summer blend fuel, which adds another 15 to 25 cents per gallon on top of the 81 cents in taxes.

All of the more expensive additives in our California fuel make it cleaner burning and less pollutant. Patrick DeHaan, head of petroleum analysis at Gas Buddy, said California is the standout when it comes to cost.

"It's all policy difference. The clear air comes at a cost," DeHaan said.

Another reason for the high gas prices now is demand. People have been cooped up for a year and if gas companies can charge almost $5 a gallon, they will.

Now, to be accurate, the national average as of Wednesday, June 9, according to AAA was $3.08 per gallon. In California, our average is $4.22.

So, its not as much of a difference as you may think, but its still a lot. As for the craziest, highest price in the nation? Gasbuddy.com confirms $6.73 per gallon at Schlafer's Chevron and Auto Repair in Mendocino County. What?

Watch more Why Guy from ABC10

Why is my PG&E solar bill suddenly so high? | Why Guy