Why are medical professionals refusing to get the coronavirus vaccine? | Why Guy

Trust in the process and the results were not high during the initial rollout of the vaccine. 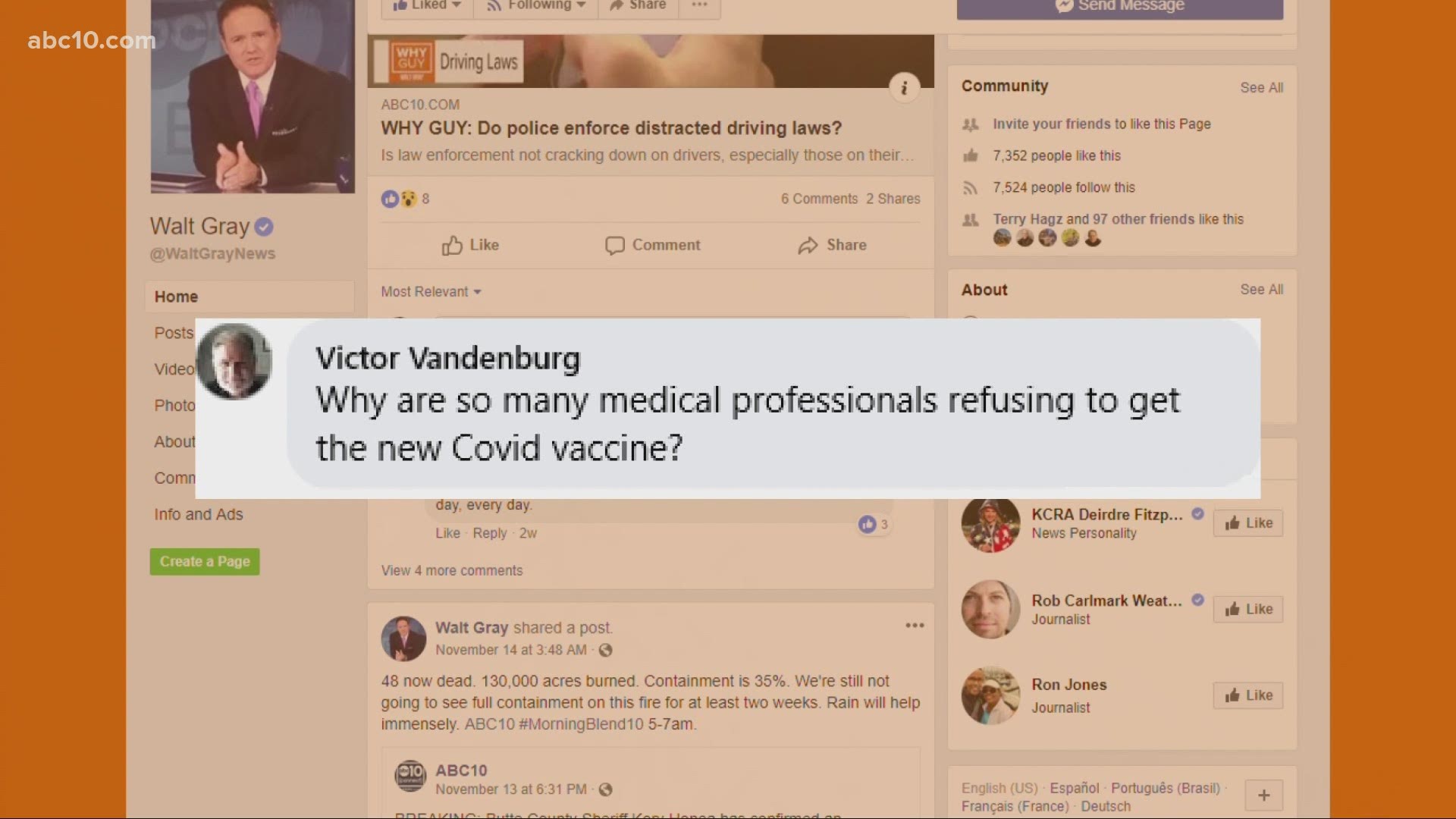 SACRAMENTO, Calif. — Today's Why Guy question comes via Facebook from Victor Vandenburgh, who writes "Why are so many medical professionals refusing to get the new COVID-19 vaccine?"

Valid question, Victor. In the first month of the vaccine roll out, only 38% of nursing home workers participated, according to the CDC.

Many healthcare workers were concerned about how quickly these vaccines were developed and that they were the first ones getting them. If there were side effects, they'd be the first to find out.

They also saw how the government botched getting them masks and other forms of personal protective equipment. Trust in their employers and the government wasn't high with 23% of healthcare workers, especially in nursing homes, initially saying they'll never get the vaccine because 38% feared side effects and 13% of the American public initially said they have no intention of getting the shot.

Recent surveys though are showing increasing acceptance of the vaccines, with more than 35 million Americans having received at least one dose. However, roughly one-third of American adults are still taking a wait and see approach.

The overriding issue with healthcare workers wasn't vaccine safety, it's sorting through misinformation on social media...just like the rest of us!

Why aren't more labs producing the COVID-19 vaccine like a 'war effort' ? | Why Guy

Why are the COVID variants becoming more contagious | Why Guy

Why is the number of occupied beds in old Arco Arena so hard to find? | Why Guy