Why Guy: Why are there fewer places to trade in recyclables for cash?

There's a network of 1,200 recycling centers in the state to drop off your stuff. Want to know where? Visit BottlesandCan.com for a full list. 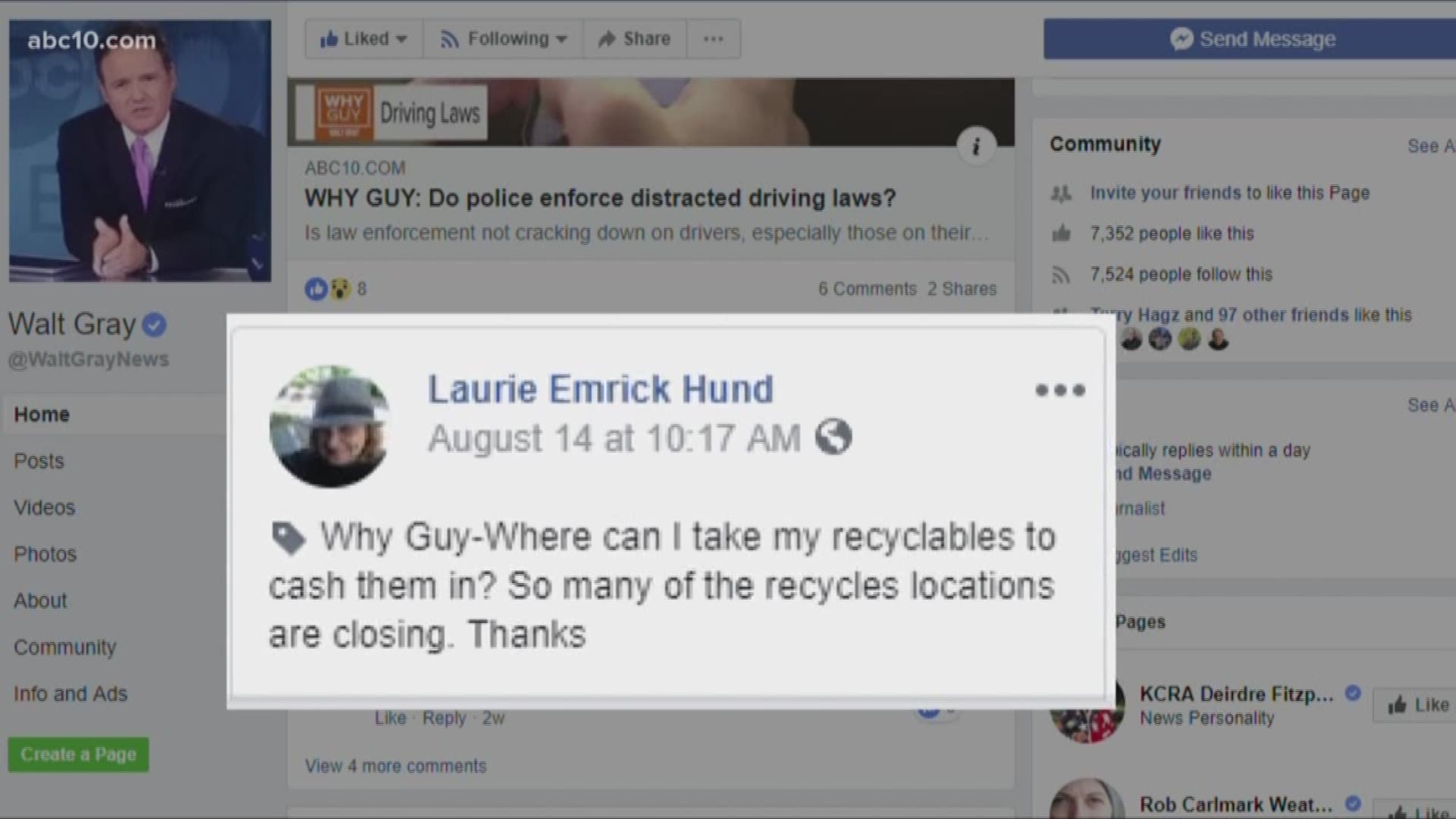 SACRAMENTO, Calif. — Today's Why Guy question comes in on Facebook messenger from Laurie...

"Where can I take my recyclables to cash them in? So many of the recycle locations are closing. Thanks."

Laurie, I spent a day as a waste collector for the city on a story a few years ago, so I can talk some trash and recycling. According to CalRecycle, they're busy with what they say is a "robust recycling infrastructure network."

The state beverage container recycling program is very effective, they say, thanks to the many people who pick-up bottles, cans and plastic that get tossed on our streets and deliver them to either a privately owned or state-owned recycling center.

But, are there fewer of centers now to collect recyclables?

"I have not heard of problems in the Sacramento,Stockton,Modesto area,” CalRecycle spokesman Lance Krug said.

Krug adds that there's a network of 1,200 recycling centers in the state to choose from to drop off your stuff. Want to know where? There's a full list available at BottlesandCans.com.

Not everybody recycles for money. Most people just put them in their bin once a week.

Have a question for the Why Guy? Ask Walt on his Facebook page.