Why Guy: Why are there large white towers along Highway 50 in Sacramento?

Here's the odd thing, those monopoles have been up for many years, but people started noticing them only because all of them were wrapped in white. 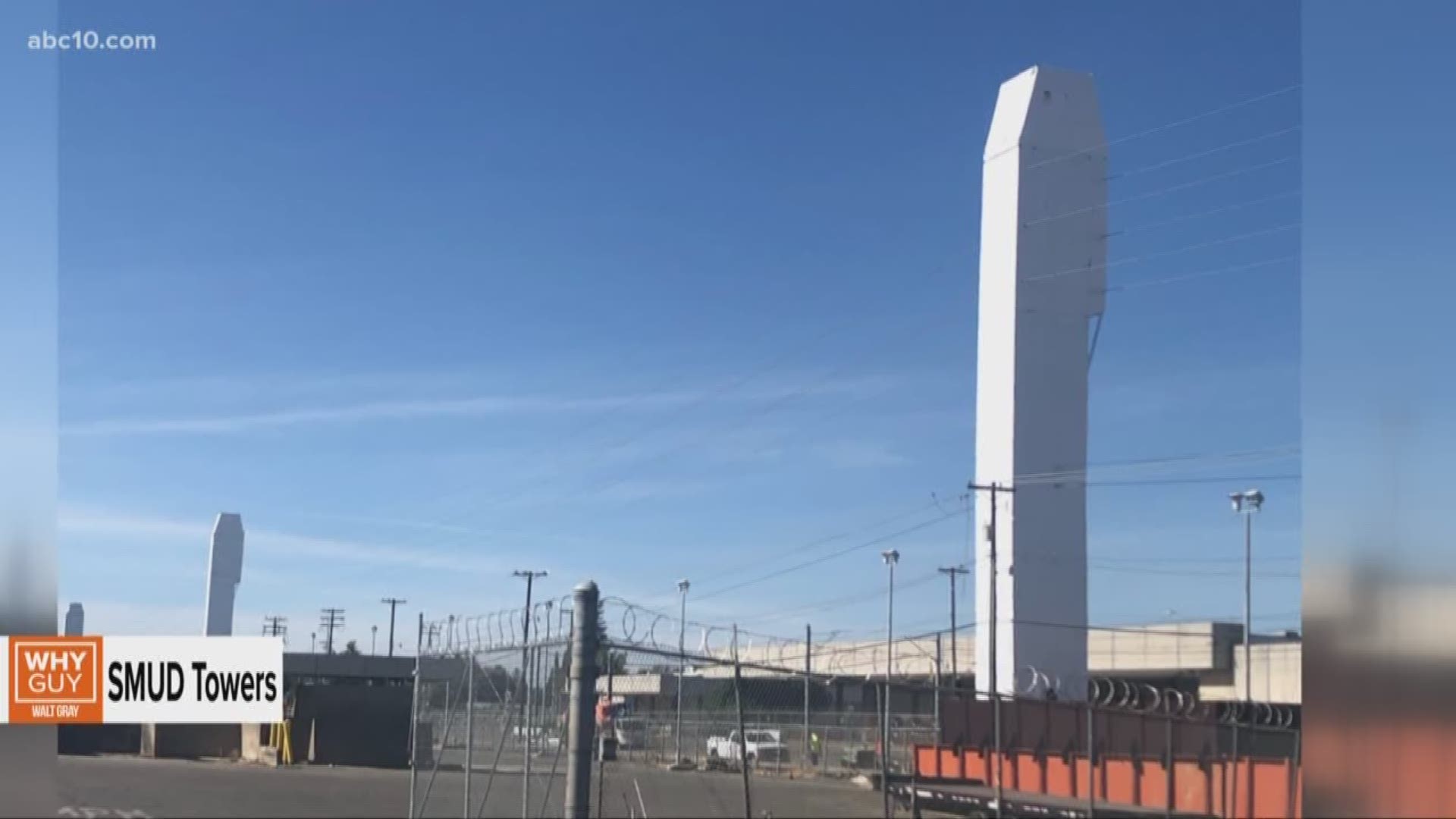 SACRAMENTO, Calif — Today's Why Guy question from Linda Gross: "We commute along the Highway 50 corridor every day to work — Stockton Boulevard at the 65th Street exit. We have been noticing towers being erected on the north side of the freeway. One is covered with a white cover. Overnight, last night, a second one was covered up. Obviously they are power structures — probably SMUD. What is going on?”

We hit the highway and lo and behold, there they are — like they just sprouted up overnight. Four towers along the highway. What are they? Some kind of cell phone towers? Something the police put up to spy on me? Could it be a power transmission tower from SMUD since their headquarters is nearby?

We asked the folks at SMUD.

RELATED: The Blender with Walt Gray

"Yes, those are our poles," said SMUD spokesman Chris Capra. "We are in the process of recoating the 4 steel poles along with 50 corridor. The process includes removing the existing coating and applying a new coating to protect against weather."

Here's the odd thing, those monopoles have been up for many years, but people started noticing them only because all of them were wrapped in white, which kept the old paint from flying all over the place while it was being air blasted and recoated.

These newer style monopoles also have a smaller footprint, according to Capra. "Utilities tend to go with monopoles now because they are stronger and more efficient" he said.

A paint job. That's it. That's the answer.

Just to wrap up this story about wrapping, the monopole paint job took about two weeks and looks to be wrapped up.

Why Guy: Why is there pavement in Carmichael that's red instead of black?

Why Guy: Why are people allowed to have out-of-state license plates after living in California long enough?

WATCH MORE: Why is PG&E shutting off power while SMUD is keeping it on?