Why Guy: Why are there so many bird droppings around downtown Sacramento?

It's covering downtown, but did you ever wonder why it's just downtown? Walt Gray investigates. 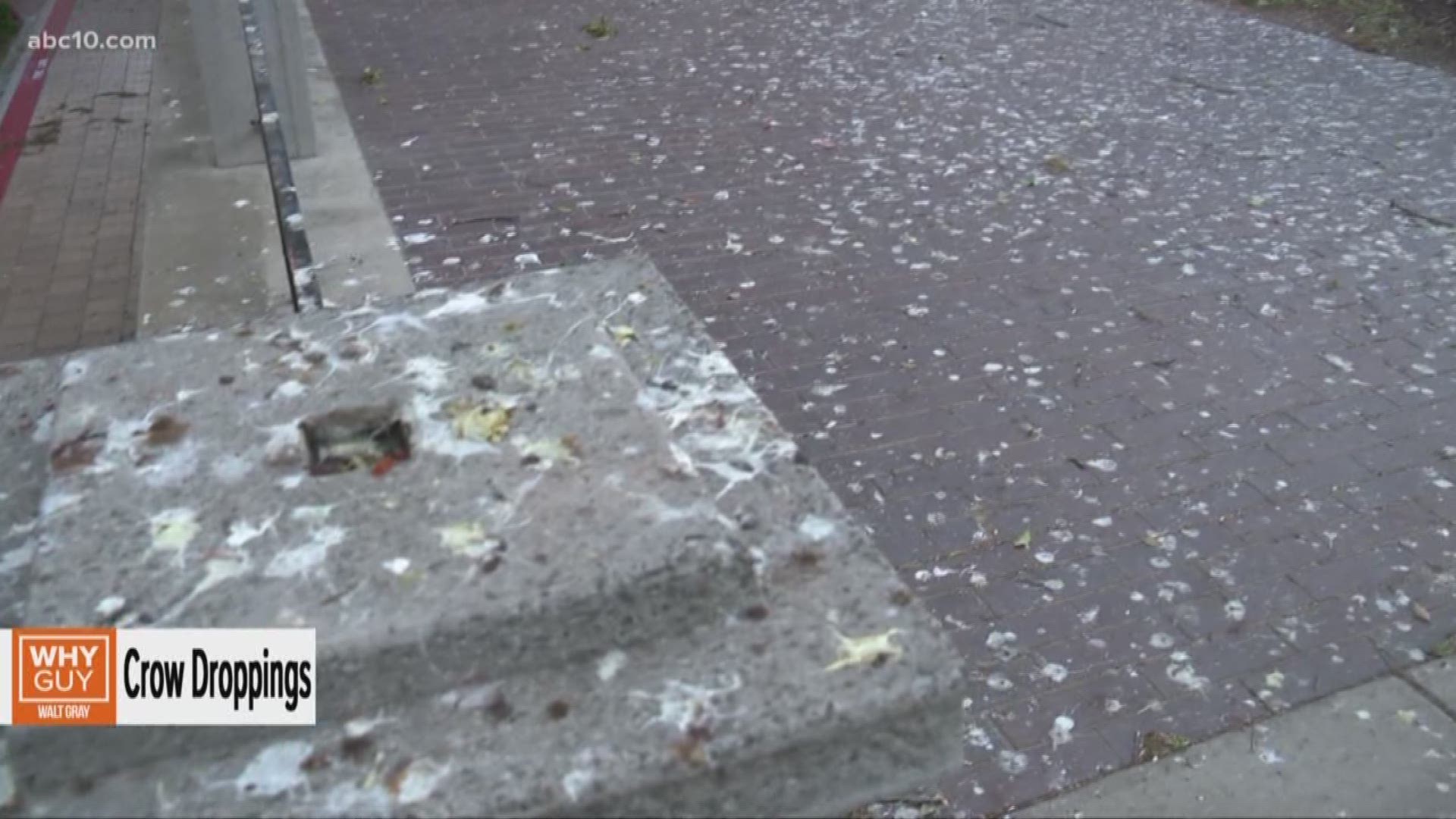 This week's Why Guy question from AJ. Turner: "Why are there so many bird droppings around downtown Sacramento? I've even heard visitors make comments about it too and how unattractive it is."

Crows are everywhere during winter nights in downtown, flying in from the fields seeking warmth from the buildings. They leave behind a mess on cars, streets, and sidewalks. So, what to do?

“Falconers” were hired to try and scare the crows off. Crows fear Falcons. Other cities have had success. Is it working here after three months?

By chasing the crows away from downtown concrete and closer to parks and green spaces, it saves the city money on power washing cleanup and tourists getting dumped on.

And, good news for city taxpayers, they're not on the hook for the falcon patrol, according to city hall spokesperson Grace Nunez.

"The City of Sacramento does not have a specific budget for crow abatement. It's funded exclusively through the Downtown Partnership," Nunez said.

The three month trial of the “Falconers” has recently expired, but Cameron says “We’ve been encouraged by the pilot program and will continue to utilize, as needed. We understand roosting patterns change with the seasons.”

WATCH MORE: Why are highways numbered the way they are? | Why Guy