Why aren't more labs producing the COVID-19 vaccine like a 'war effort' ? | Why Guy

The president has enacted the Defense Production Act to increase supplies of vaccines, masks and whatever else is needed. 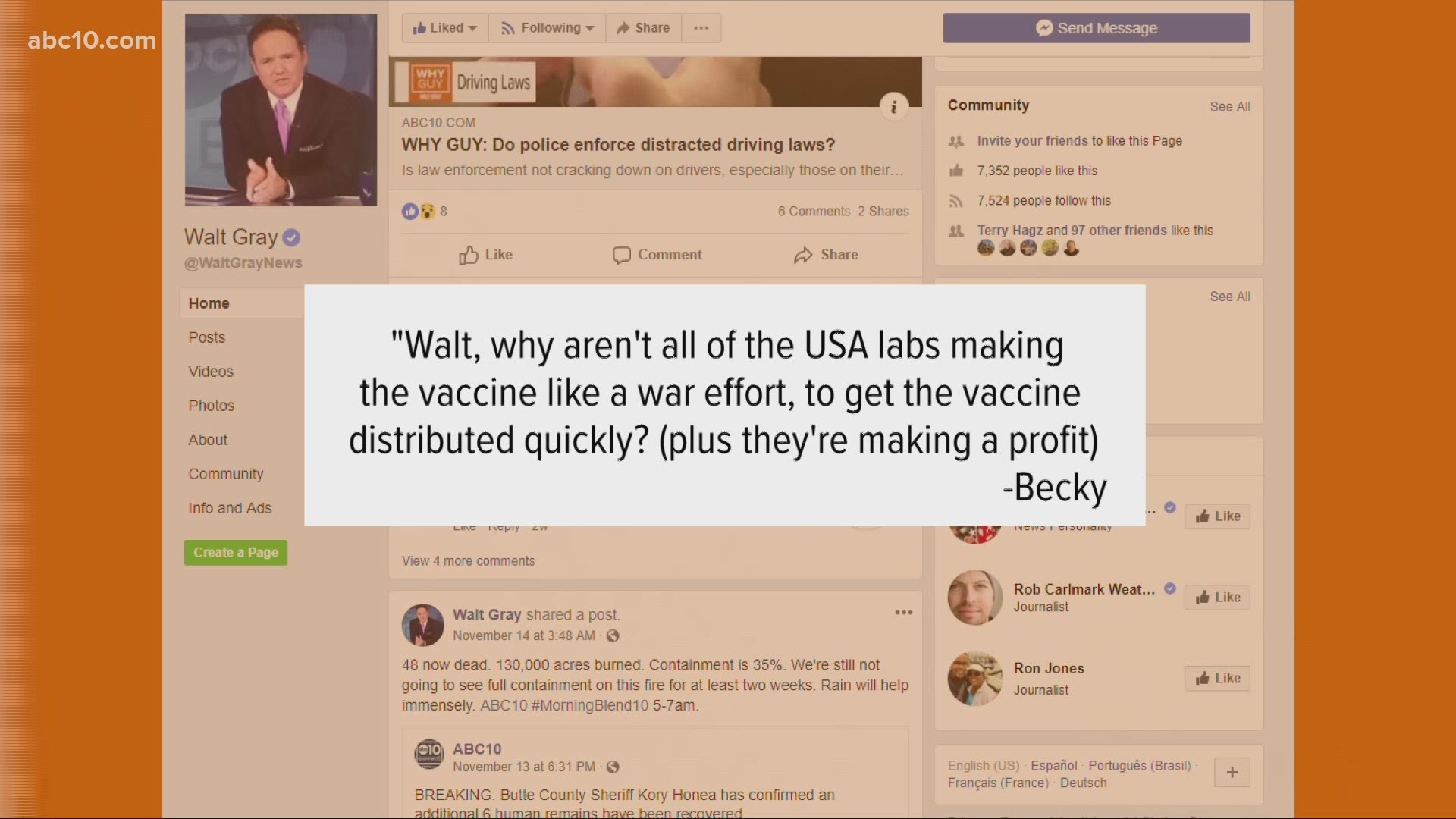 SACRAMENTO, Calif. — Today's Why Guy question comes to us from Becky, who asked, "Walt, why aren't all of the USA labs making the vaccine like a war effort, to get the vaccine distributed quickly?"

Becky, it may come to a wartime-like effort to get more Americans vaccinated. The term "War Effort" was popular during both World Wars. This country came together to utilize an all-hands-on-deck approach to support the military both economically and in manufacturing. As a matter of fact, more of our soldiers in World War I died from the flu than in battle.

By World War II, vaccinating soldiers became a wartime effort. Our current armed forces may be asked to assist in a similar way, in not only moving vaccine supplies where needed, but also in administering the vaccines, as well.

President Joe Biden said last month that he's "calling for a wartime effort by ramping up production....to accelerate the making of everything that's needed. We're going to put the full force of the federal government behind testing."

The vaccines doses are rolling out slower than expected and promised, but it's a combination of several factors, including supply and lack of people to vaccinate the masses. The president has also enacted the Defense Production Act to increase supplies of vaccines, masks and whatever else is needed. That will accelerate the product from laboratory to the public quicker with the help of all available manpower the government makes available