Why can't California engineer a pipeline for water to come from other states? | Why Guy

Today, any water pipeline could cost from $10 billion to $20 billion with another $30 billion in improvements just to get the water to thirsty people and farms. 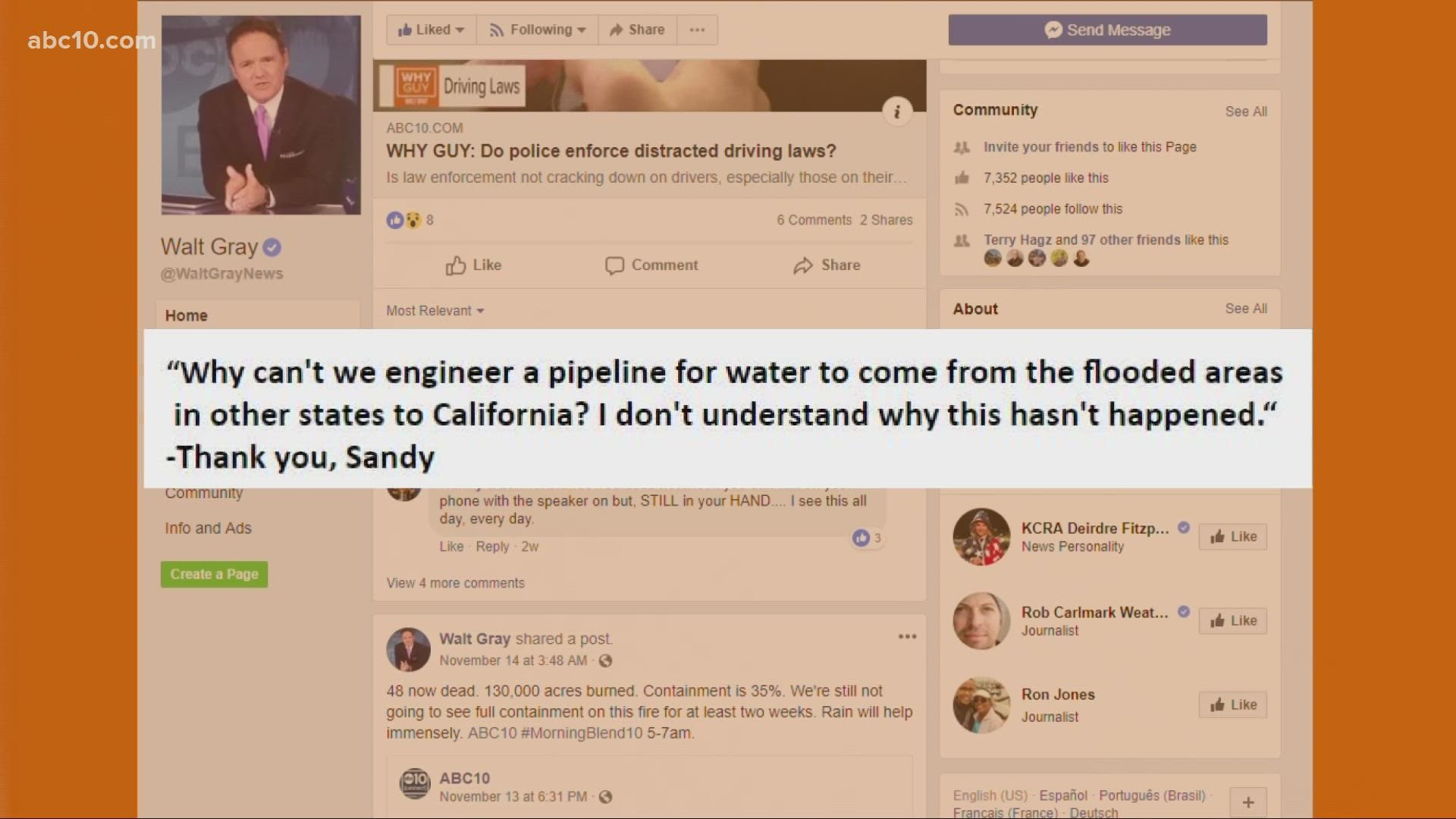 SACRAMENTO, Calif. — Today's Why Guy question comes via email from Sandy, who asks, "Why can't we engineer a pipeline for water to come from the flooded areas in other states to California? I don't understand why this hasn't happened."

Sandy, the Colorado River aqueduct is pretty much a pipeline that was built in the 1930s, a time when environmental issues or worker safety weren't a priority.

That source is drying up and no longer reliable.

So, a pipeline from rainy Oregon to California?

How and where that pipeline might go is one thing, but the cost? Similar plans and construction in the 1950s were over $2 billion.

Nowadays, any water pipeline could cost from $10 billion to $20 billion with another $30 billion in improvements just to get the water to thirsty people and farms.

Why Guy reached out to the California Department of Water Resources about the idea, and they said "the feasibility of a multi-state water conveyance infrastructure, the extraordinary costs that would be involved in planning, designing, permitting, constructing and then maintaining and operating such a vast system of infrastructure would be significant obstacles when compared to the water supply benefits."

The DWR adds California is focusing on better management of the water we have and making groundwater basins more sustainable.

Don’t look for any type of pipeline that Sandy was asking about anytime soon, at least in our lifetimes!

READ MORE FROM ABC10'S WHY GUY:

Why haven't I seen a mosquito in months? Could it be because of the wildfires? | Why Guy