Why didn't the government build a giant reservoir to collect water? | Why Guy

In recent years due to climate change, we haven't been getting as much snow melt from the Sierra. So, what should we do next? 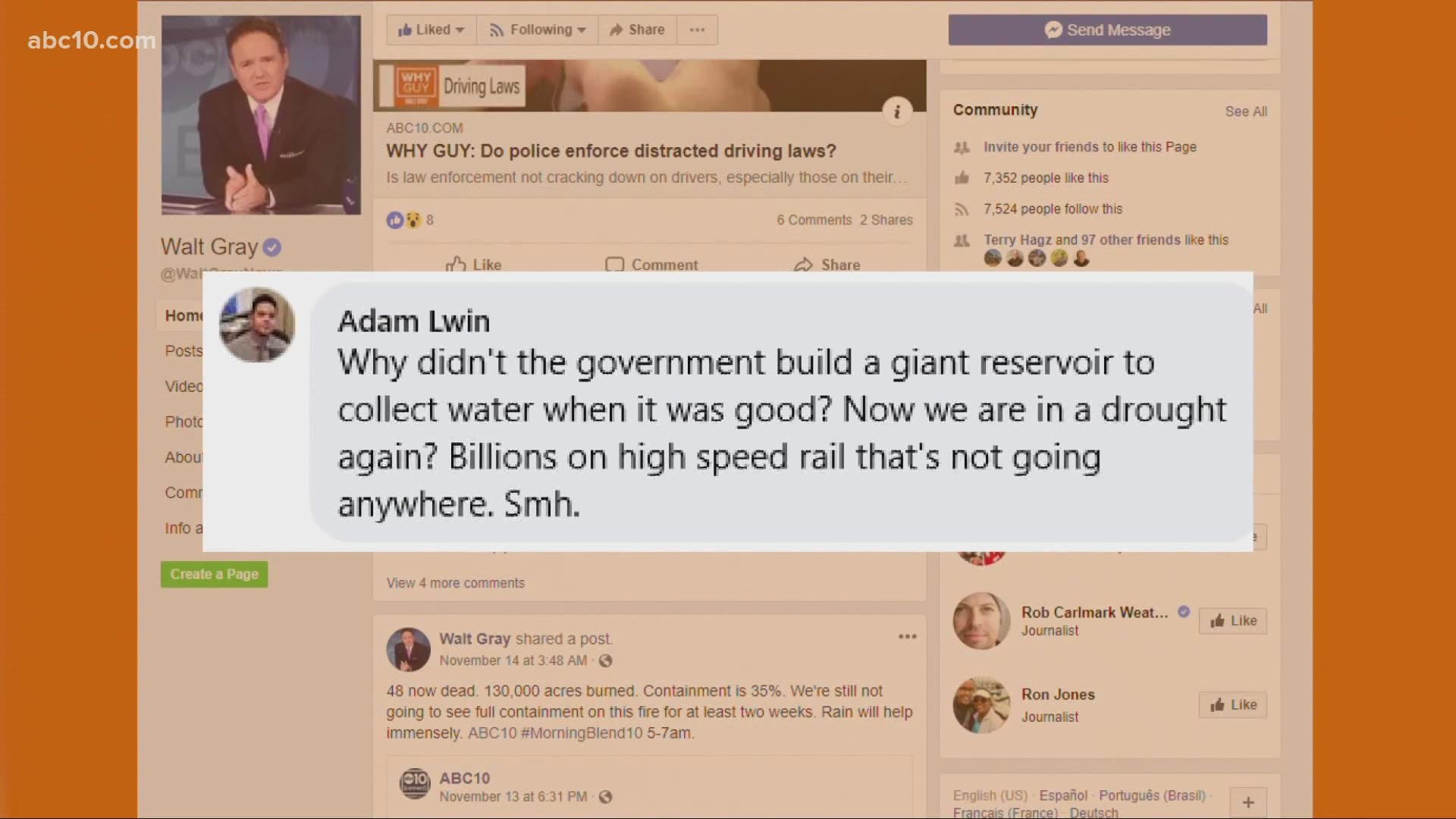 SACRAMENTO, Calif. — Today's Why Guy question comes from Adam Lwin on Facebook, who asks "why didn't the government build a giant reservoir to collect water when it was good? Now we are in a drought again? Billions on high speed rail that's not going anywhere."

Adam, short answer, all the best dam sites in the state are taken. They were all built in the 1940s, 50s and 60s when we needed dams to prevent catastrophic local flooding.

In recent years due to climate change, the state been getting as much snow in the Sierra, which results in snow melts earlier, leaving us with much less water available in the summer.

So with less snow and runoff, now what do we do?

"The modern strategy is to invest more in below ground storage and off stream reservoirs," Tim Wehling, engineer with the California Department of Water Resources, said. "One of the most exciting off-stream dam projects on the horizon is Sites Reservoir."

According to Wehling, the strategy of the proposed Sites Reservoir just west of Maxwell in Colusa County would be in wet years, siphon off excess water from the swollen Sacramento River and store it for use in dry years. Since it's an off-stream reservoir, it wouldn't block fish navigation like the dams of the 1950s.

There's also the proposed Del Puerto Canyon Reservoir, just west of Patterson off of Interstate 5. If approved, construction would begin in 2022 and take six years to complete. It would also store water for farmers to be used during dry years.

"We need to use water more efficiently, choose landscapes better suited for our local climates, and do our parts to reverse climate change," Wehling said.

Why is my PG&E solar bill suddenly so high? | Why Guy