"In order to register to vote you must provide proof of identity and residency," said the Sacramento County office of Voter Registration and​ Elections. 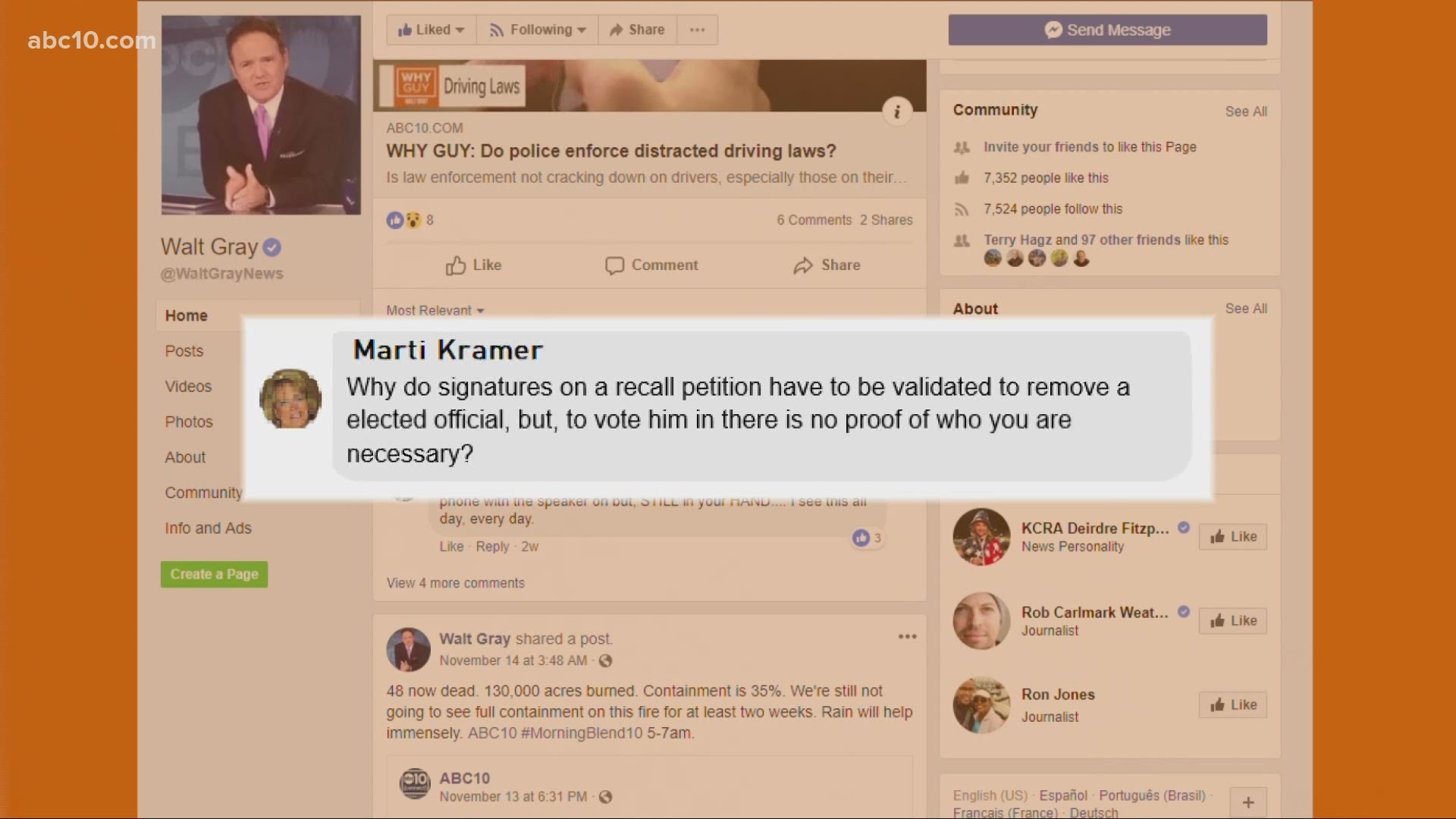 SACRAMENTO, Calif. — Today's Why Guy question from Facebook user Marti Kramer, who asked: "Why do signatures on a recall petition have to be validated to remove an elected official, but to vote him in there is no proof of who you are necessary?"

"The assumption that signatures and identity are not validated for an election is 100% false," Haynes said. "In order to register to vote, you must provide proof of identity and residency, and provide a signature that we then use to validate your identity during an election."

California currently has an active recall of Gov. Gavin Newsom underway with a March 17 deadline to verify signatures. There have to be about 1.5 million valid signatures to force a recall election. Those organizing the recall efforts say they have nearly two million signatures.

According to the California Secretary of State, over 86,000 ballots were tossed out in the November election, the majority for not having matching signatures and a quarter of those for having no signature at all. Fifteen million mail in ballots were cast in California, with 99.4% accepted as valid.

"We also have access to other governmental signatures to cross check, like your DMV signature," Haynes said. "Our office goes above and beyond to ensure both the election process and a recall effort are conducted in a fair and secure manner."