Why Guy: Why is gas cheaper in Sacramento County compared to Placer County?

Could it be that the Median Household Income of Placer County is substantially higher than Sacramento County's? Maybe, but probably not. 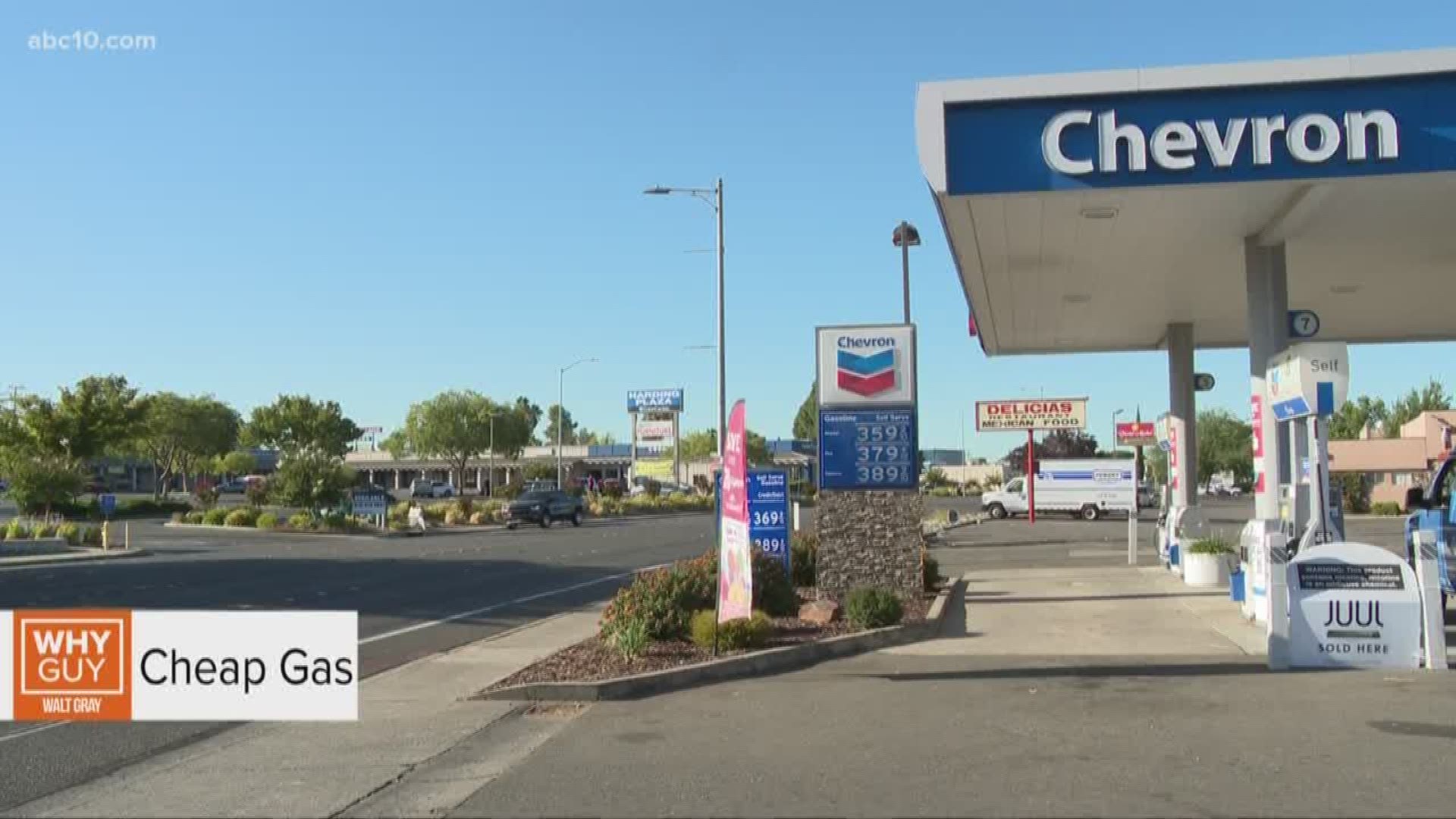 Today's Why Guy question from Jeff: "Why is gas 15 to 30 cents cheaper in Sacramento County than Placer County?

Jeff, we drove around both counties checking out your claim. Here's what we found.

We started in Sacramento County at the Chevron near I-5 and Elk Grove Boulevard. We found the price per gallon with credit card at Chevron to be $3.65 gallon. Further up north, about 33 miles in Roseville,which for some reason is in Placer County, the price for the same Chevron gas on the corner of Harding and Douglas boulevards was $3.69.

The difference: four cents higher in Placer County when comparing two Chevrons. Not $.15 to $.30 more expensive, but more expensive nonetheless.\

MORE FROM WALT GRAY: WHY GUY: Why are TV commercials louder than the shows?

Shooting back to a Shell station in Elk Grove, we saw a gallon of unleaded is $3.59 with credit card. The Shell in Roseville was $3.79.

So, Jeff's question checks out. But why is gas higher in Placer County?

Could it be that the "Median Household Income" of Placer County is $80,728, which is substantially more than Sacramento County's $67,902, based on the most recent statistics available from 2017?

MORE FROM WALT GRAY: Hot rods and custom cars aren't just a Los Angeles tradition. The Sacramento Delta was once littered with them.

Maybe, but probably not.

According to Patrick DeHaan, petroleum analyst for Gas Buddy, "Probably has to do with varying competition from town to town. I suspect that most of the difference is due to just that — one area currently has more aggressive competition than the other. We often see that from town to town.."

"The West Coast has seen gas prices rise gently in the past few weeks, but those increases won't last," DeHaan said.

Good to know. Hopefully that comes to be true.

Got a Why Guy question? Reach out to Walt Gray on his Facebook page.

MORE FROM WALT GRAY: The Blender with Walt Gray