Does inching forward at a red light make it turn green faster? | Why Guy

A spokesperson for the Sacramento Department of Public Works says slowly inching in could make you actually miss the green light altogether. 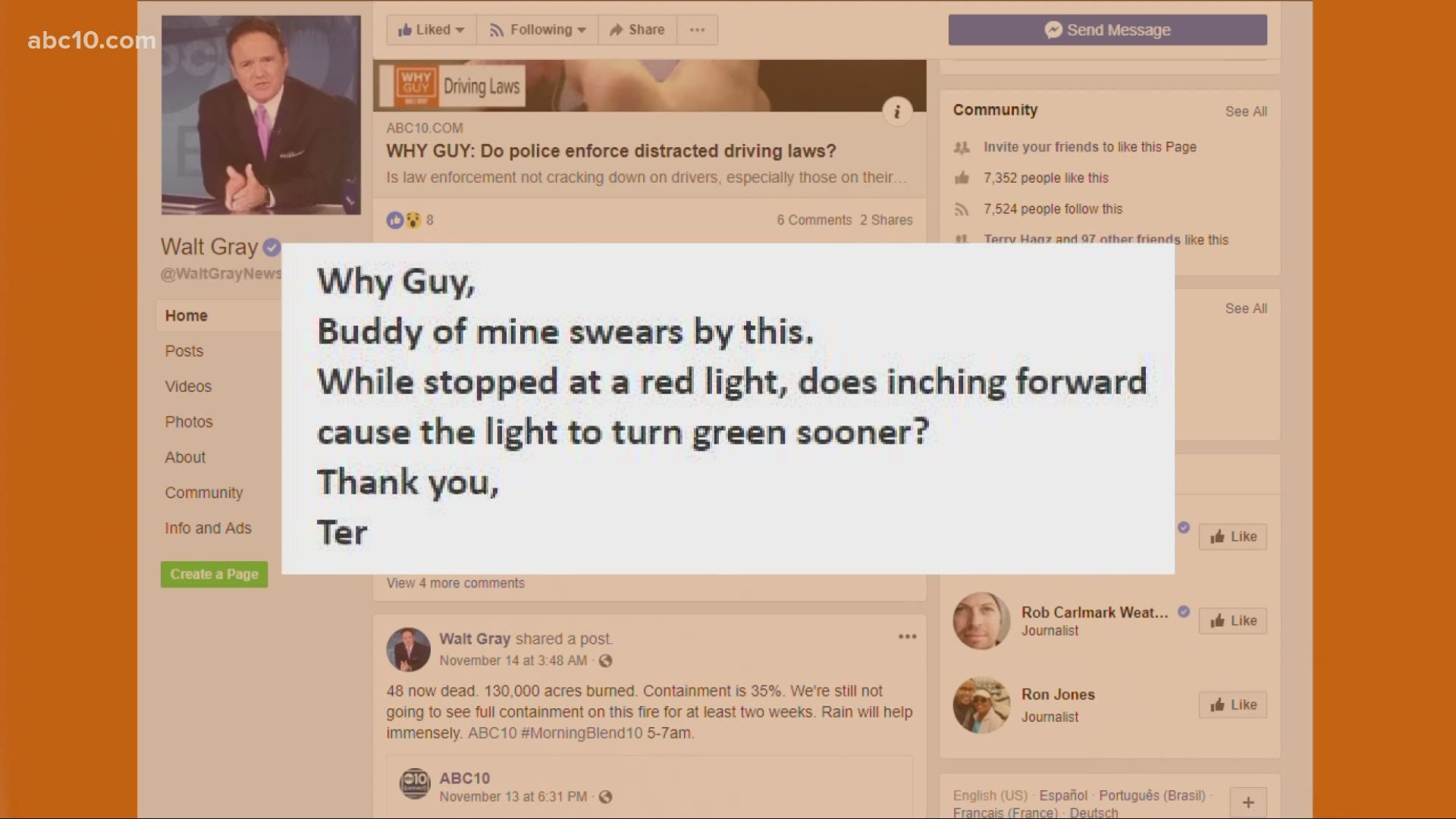 SACRAMENTO, Calif. — Today's Why Guy question comes from Ter via email, who asks, "Why Guy, a buddy of mine swears by this. While stopped at a red light, does inching forward cause the light to turn green sooner?"

Ter, as you approach a traffic light, there are coiled wires in the pavement that allow the sensors to detect a metal object over it, whether it be car, truck or motorcycle. That much is standard.

There are many people who believe slowly creeping in to the stop line will trigger the light to change quicker. The only way that actually works is if the driver stops well short of the stop line and then slowly rolls into the detection zone where the coils are.

You're better off just coming to a normal stop at the line.

A spokesperson for the Sacramento Department of Public Works says slowly inching in could make you move out of the detection zone and miss the green light altogether.

"There is no validity to 'inching forward' and the driver should move forward to pull right up to the line at the traffic signal to get into the detection zone," Grace Nunez, city spokesperson, said.

Why Sacramento businesses are seeing spike in retail theft