Why Guy: Why have we not seen any figures of coronavirus in Russia?

While initial numbers were low, reports have started coming out that Russian citizens were aboard the Diamond Princess cruise and have visited Italy. 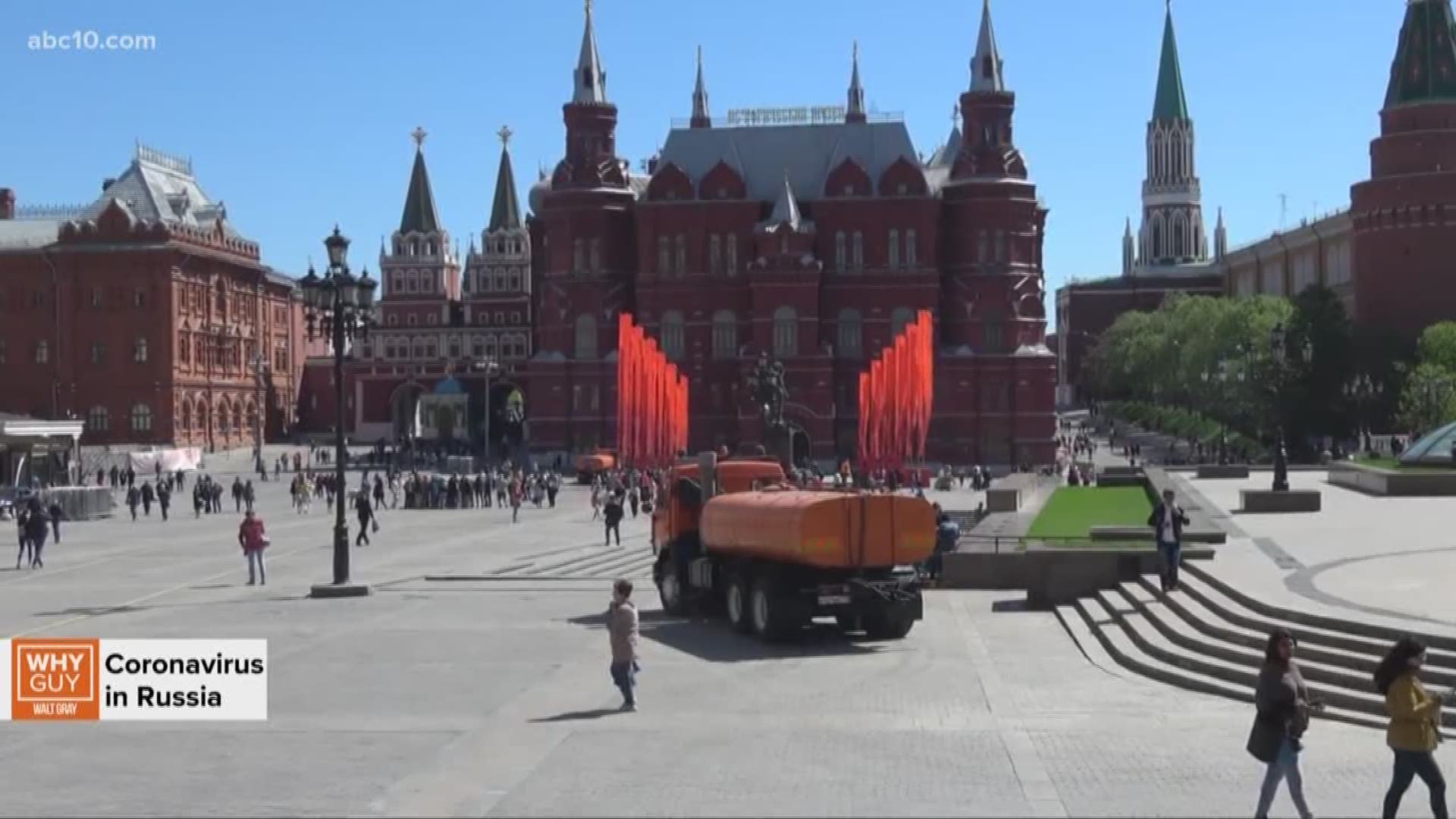 SACRAMENTO, Calif. — Today's Why Guy question comes in from Wayne Gross: "Why have we not seen any figures of the outbreak of the coronavirus in the Soviet Union?"

Wayne, it's officially Russia, and while Russia borders China, there have been only 114 official cases of the coronavirus in Russia, with 53 of those in Moscow. That's according to the independent Moscow Times newspaper.

While those reported numbers are low, there has been a spike of late. Three of the 114 infected Russians were on the Diamond Princess cruise. Eight others infected also traveled to Italy.

When the virus first surfaced in late January, Russia sealed its borders with China, temporarily banning Chinese citizens from entering the country. To continue to keep the coronavirus from spreading, all large events in Moscow of 5,000 or more people have been banned through April 10. That includes all major sporting events.