Why Guy: Why is there a Star Trek intersection in Sacramento?

Oddly enough, another nearby neighborhood in south Sacramento has streets named Sky and Nova within a short jog to Galaxy, Uranus, Satellite and and Planet parkways. 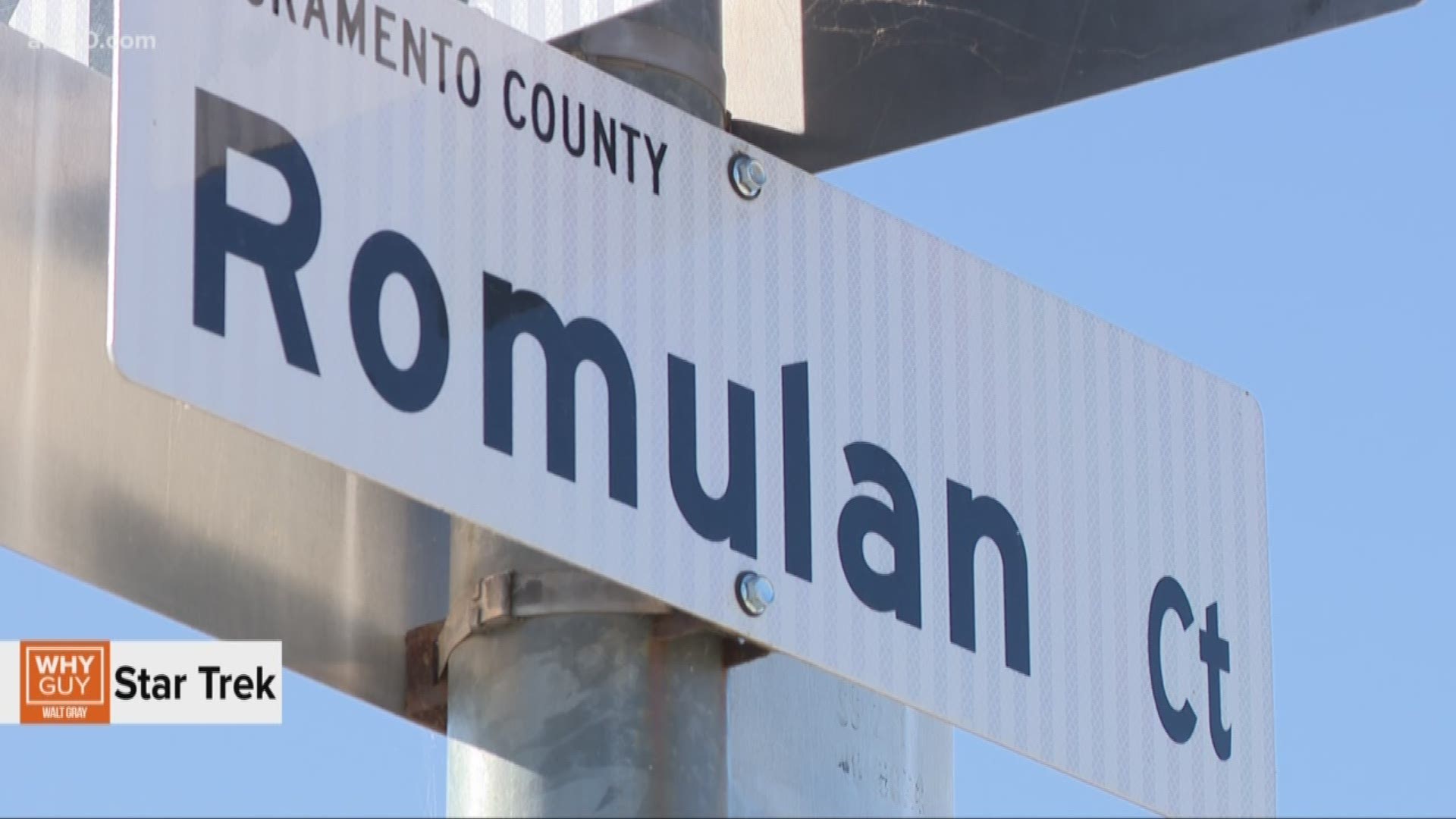 SACRAMENTO, Calif — Today's Why Guy question comes to us via email: "Why is there a Star Trek intersection in Sacramento?"

We're not talking about a galaxy far away. There is indeed an intersection in Sacramento County's Florin area where streets were named in honor of the science fiction cult hit show. But why?

We know that's not accurate, though, because this is a county street, so we can't pin this on a city planner. So did somebody just slip in the street names in without a trace?

That can't be the case.

So who named these streets inviting Romulans and Klingons to battle at this enterprising intersection?

"It's up to the developers to name the streets," said Matt Robinson, a spokesperson with the County of Sacramento. "The development company is shown as 'Mark III Development Company.' The homes on Star Trek Development were built in 1978."

So, we reached out to Mark III Construction company, which is still in business after all these years, to ask them who’s responsible for the Star Trek intersection?

"That's one hell of a random question!" said Dan Carlton, the President of Mark III Construction. "I asked around this morning and nobody knows of the streets or the project."

Oddly enough, another nearby neighborhood in the Parkways area of south Sacramento has streets named Sky and Nova within a short jog to Galaxy, Uranus, Satellite and Planet parkways — all built in 1960.

There's an obvious theme, but still no answer to who named them.

So, what we have is nobody claiming the intergalactic street names from 41 years ago. Whoever did it, come forward and take a bow. We promise we won't search you for evidence.

WATCH MORE: LeVar Burton has a park named after him in Sacramento