Why was the person who just drove into my living room allowed to leave without a toxicology report? | Why Guy

On Sunday, July 4, a Jeep Cherokee slammed into a Manteca home. The operator of the Jeep was given a sobriety test, which the driver passed. 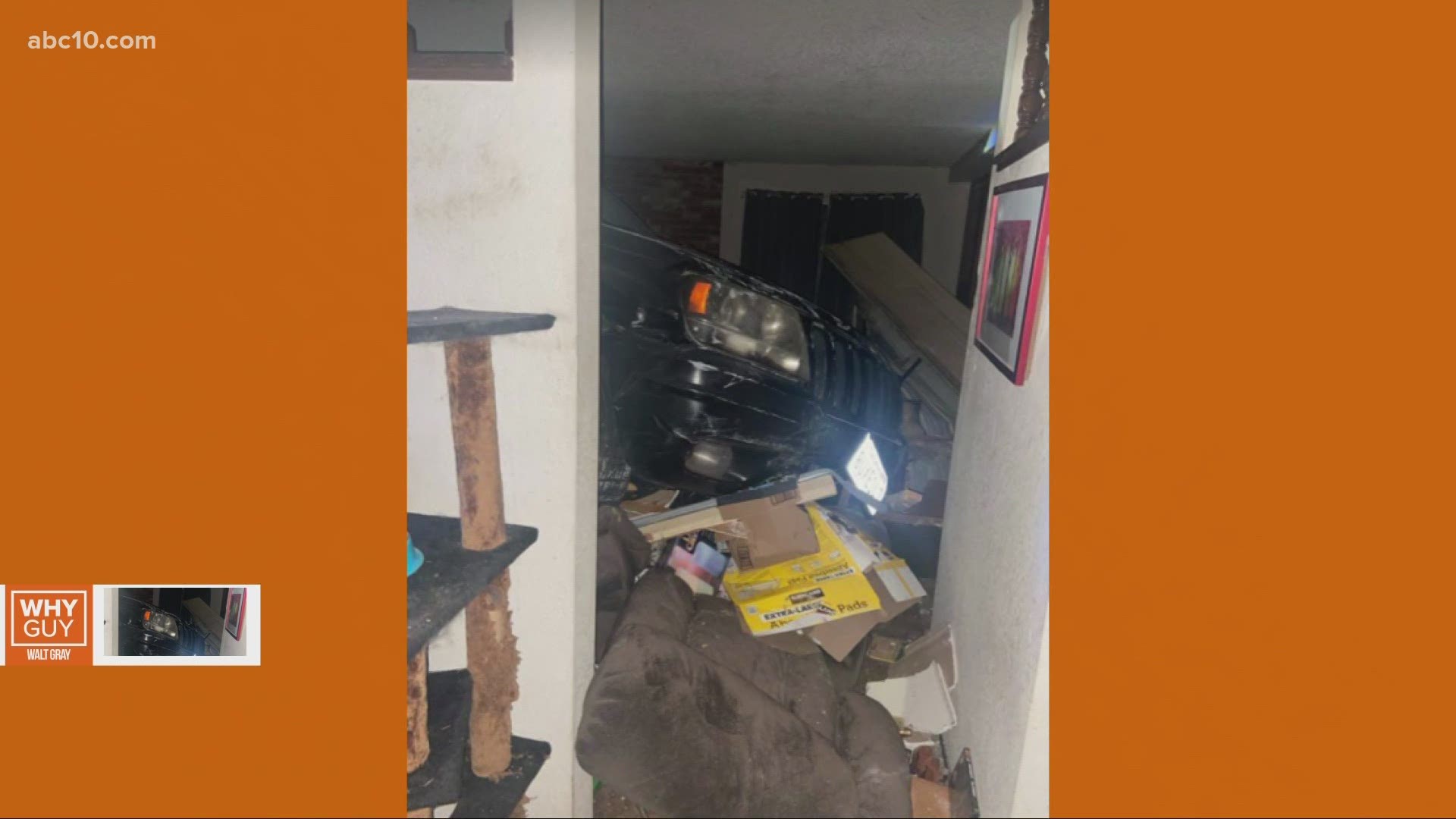 MANTECA, Calif. — Today's Why Guy question from Cheryl DiCicco in Manteca, who asks "why was the person who just drove a Jeep into my living room allowed to leave the scene without a toxicology report?"

Around 4:20 a.m. on Sunday, July 4, a Jeep Cherokee slammed into DiCicco's home in Manteca. The operator of the Jeep was given a sobriety test, which the driver passed. According to the Manteca Police Department, the driver was found to be operating with a suspended license and had no insurance. They were cited for both misdemeanors and allowed to leave the scene with a tow truck.

The driver claimed to be on her way home to Copperopolis, got turned around and lost after getting gas and fell asleep at the wheel.

So, here's the damage to Cheryl's house.

So, why wasn't a toxicology report done on the driver?

"The officer did not believe the driver was impaired by alcohol or drugs," Manteca Police Department Lt. Stephen Schluer said.

Because of this belief, he did not have cause to obtain a chemical test of the driver's blood. California Vehicle Code 23612 only allows this type of test once the driver is lawfully arrested." Police found no cause for arrest, but they did find a crack pipe near the Jeep Cherokee. However, both the driver and homeowner denied it was theirs.

Why shouldn't cars inch forward to get the light to turn green sooner? | Why Guy