Who is the new Bachelorette, Sacramento-native Clare Crawley?

The Bachelorette returns to ABC at 7 p.m. Tuesday, October 13. 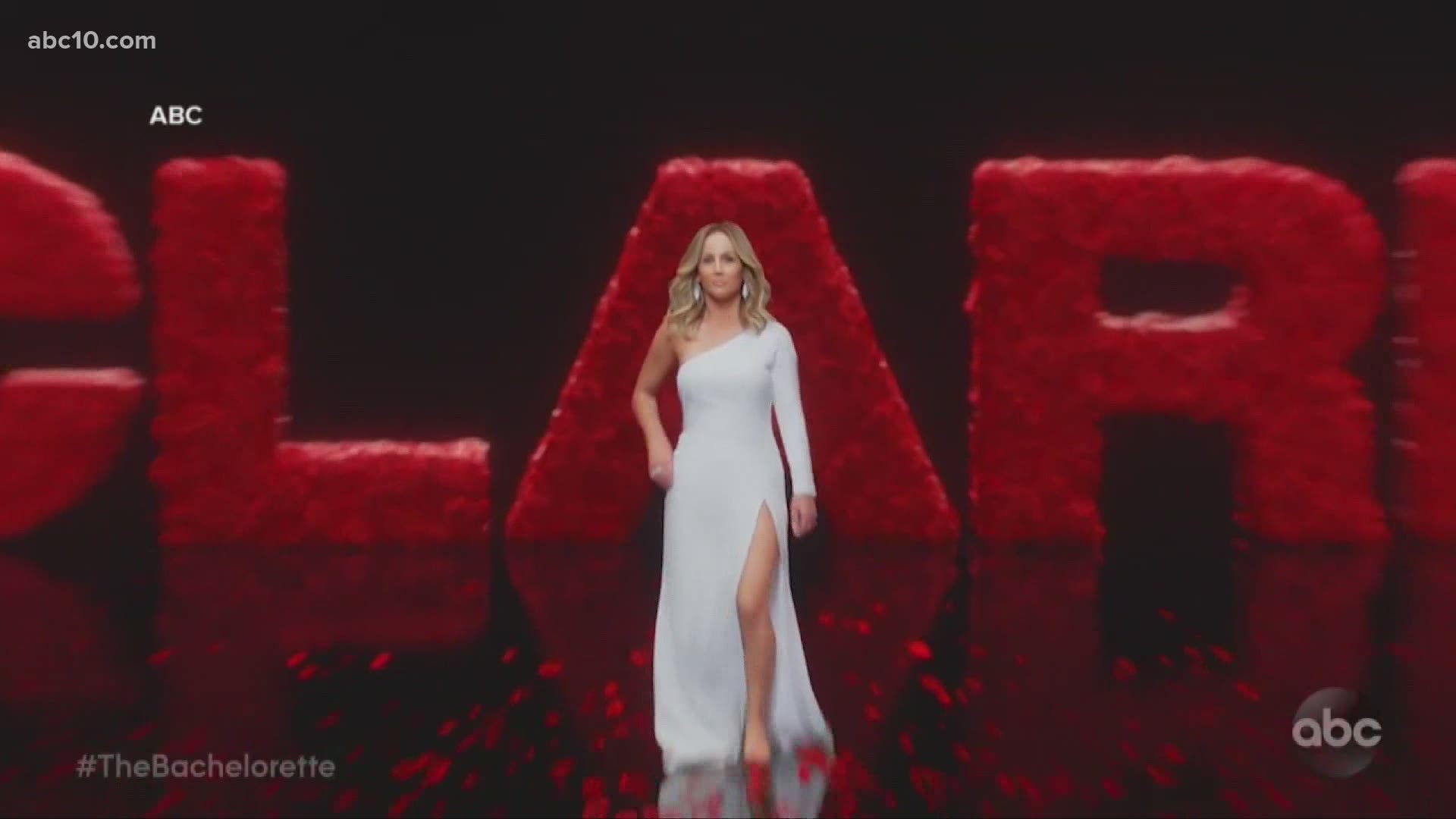 SACRAMENTO, Calif. — Bachelor and Bachelorette fans can start rejoicing because the new season of "The Bachelorette" starts Tuesday night with a new Bachelorette, Clare Crawley.

The Sacramento-native and "Bachelor nation" alum is ready and hoping to find love on the show.

So who is Crawley? Here's what you need to know about the newest Bachelorette.

Crawley is a hair stylist and colorist at De Facto Salon in East Sacramento and is no stranger to the "Bachelor" franchise.

She first appeared on the reality show in 2014, when she was a contestant vying for Juan Pablo Galavis' affection. She was a fan favorite — and runner-up —  of that dramatic season. Fans may remember Crawley famously telling off Galavis for some problematic comments he'd made about their time together.

She also appeared on seasons of Bachelor in Paradise and Bachelor Winter Games, where she got engaged, briefly, to co-contestant, Benoît Beauséjour-Savard.

She's been seen scaling mountains, going on long hikes in Lake Tahoe, and kayaking on Lake Natoma. Adventure is in her blood.

And with the outdoor fitness, she's also an advocate for healthy eating and shopping local. Sacramentans may have even seen her at one of her favorite local spots: the Midtown Farmer's Market.

Sorry to let the cat people out there, but Crawley is a dog lover. While her opinion on cats is still unknown, she has two adorable dogs, a golden retriever and Maltese mix. She even got to bring her pups with her during her isolation period before filming according to an Instagram post.

Crawley's appearance on "The Bachelorette" is going to be historic, too. She is the oldest star the show has ever had and only one of three people to appear on the show over the age of 30. The 38-year-old is crushing stereotypes about finding love as an unmarried woman in her late 30s, highlighting a shift away from "The Bachelorette" trend of choosing younger stars and contestants.

“I feel like a lot of people put [the age] out there as this negative thing, but for me, it just is more years under my belt, more learning and knowing what I want, what I don’t want and what I won’t settle for,” Crawley said.